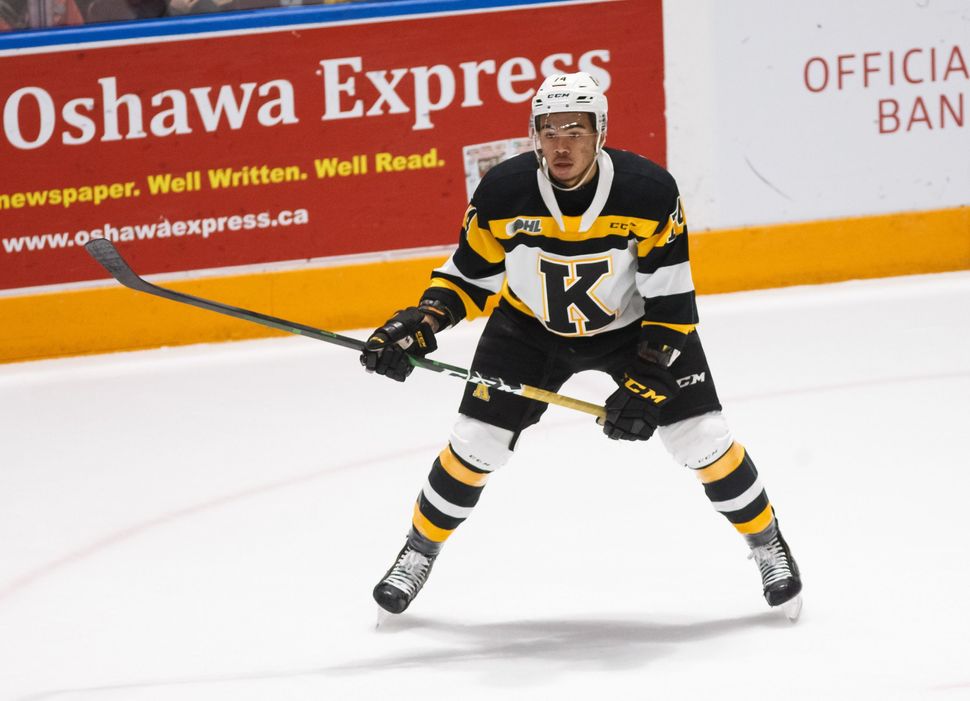 A lot of our zaydes are right-wingers. Many are wise. But not like this.

On Wednesday, Philadelphia’s hockey team, the Flyers, drafted a young man with the improbably old and Jewish name of Zayde Wisdom in their second round picks.

It’s the second bit of good news this week for the 18-year-old Toronto native, who is neither a zayde in the Yiddish sense nor, as far as we can tell, Jewish. Yesterday, Wisdom scooped up the E.J. McGuire Award of Excellence, an honor presented to a player who “best exemplifies commitment to excellence through strength of character, competitiveness, and athleticism.”

Wisdom, who is currently a second-year forward for the Kingston Frontenacs, has racked up impressive stats on the ice, coming second in his team for goals, assists and points. He will join the Flyers as a right wing in 2021.

Well-regarded for his work ethic and consistent, strength-to-strength improvement, we’re thrilled that Wisdom will get to skate for the house that Gritty built — er, rather, was found in the rubble of. But our real question is: just how much does the National Hockey League’s new most Yiddishkeit player live up to his name?

If this profile from The Athletic is to be trusted, he is in fact wise beyond his years.

“I want you to doubt me,” Wisdom said in the article.

That’s zayde wisdom for sure, but not of the sort my own zayde dispenses. He’d rather I take him at his word.