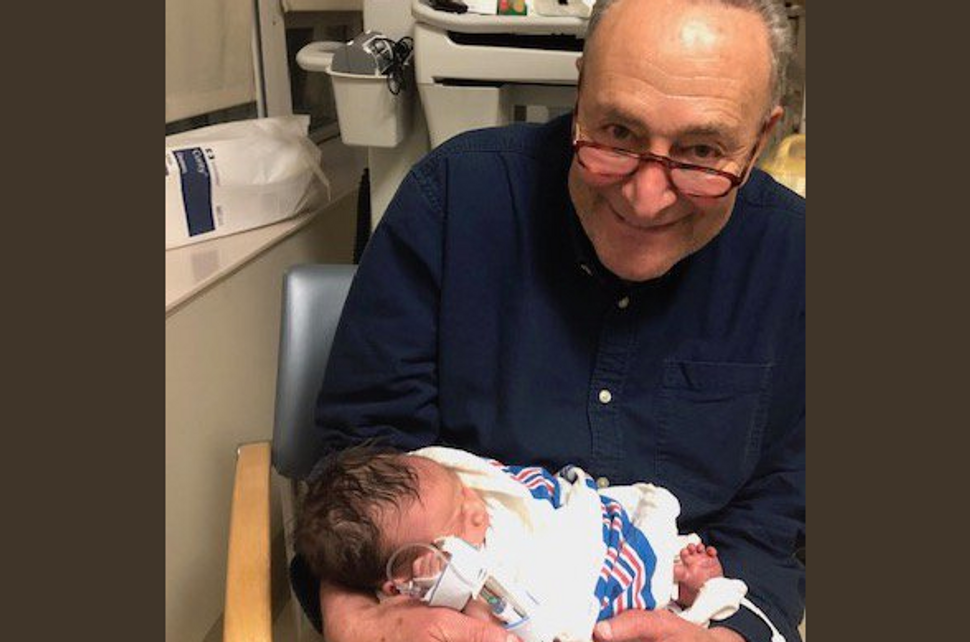 Following the birth of his fist grandchild, New York Sen. Chuck Schumer told Jewish Insider that he sees himself as more of a “grandpa” than a “zayde,” which is Yiddish for “grandfather.”

“In the Old Country, they would have called me ‘zayde,’ but here I want to be called ‘grandpa,’” the Democratic Senate minority leader said.

So proud of my daughter Jessica and her husband Michael for welcoming a baby boy. Schumers & Shapiros are all 1st time grandparents!