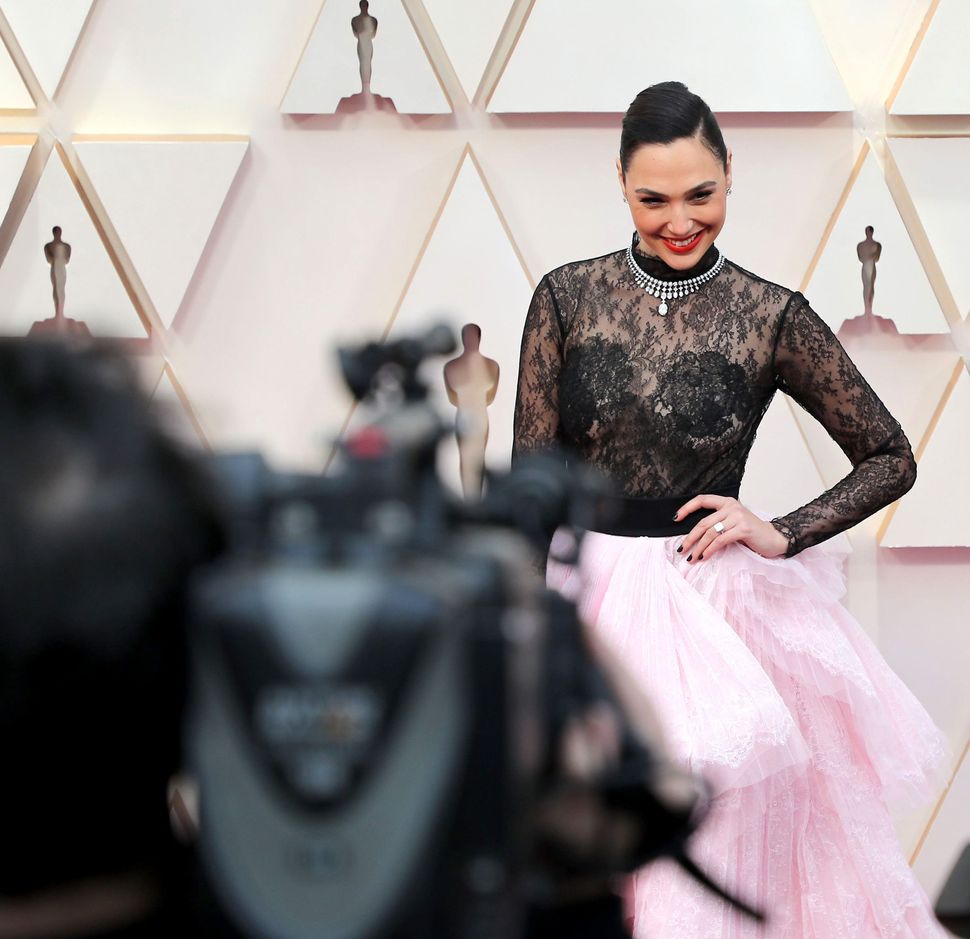 With the announcement that Gal Gadot is slated to play Egyptian monarch and doomed snake handler Cleopatra, the Israeli star has earned her crown as the queen of internet controversies.

It’s been nearly seven full months since Gadot released the “Imagine” video, so she was due for another social media dustup. The news broke yesterday when the “Wonder Woman” star took to Twitter to alert followers that she and director Patty Jenkins were at work on a Cleopatra film told “for the first time through women’s eyes, both behind and in front of the camera.”

As you might have heard I teamed up with @PattyJenks and @LKalogridis to bring the story of Cleopatra, Queen of Egypt, to the big screen in a way she’s never been seen before. To tell her story for the first time through women’s eyes, both behind and in front of the camera. pic.twitter.com/k5eyTIfzjB

I knew that my feed would soon be a minefield of both valid gripes and ahistorical takes. On the one hand, an Israeli woman playing an Egyptian leader is a choice bound to ruffle feathers. More pervasive than this geopolitical concern, however, have been the allegations of whitewashing.

Can’t wait to boycott this white washing disaster, so many wrongs!

Many have overlooked the historical consensus that Cleopatra, a Ptolemaic ruler, was ethnically Greek Macedonian — with perhaps a smattering of Persian and Syrian. (23andMe wasn’t a thing back then and we’re not entirely sure who her mother was — some now suggest Cleopatra may have been part African based on remains they think belonged to her sister.)

One Classics major, with a thoughtful thread, nearly went dashing for a rock where no tweets might reach him.

“Cleopatra” is the number one trending topic that sends my Classics major ass running for the hills lmao. Not today!

Part of what made this discourse particularly galling to witness is the number of white folks calling people of color out for missing a historical fact that really has very little bearing on BIPOC’s lives and experience of cultural appropriation, and doesn’t necessarily negate their point.

The fact is that even if, in this instance, we’re not witnessing some Alec Guinness as Prince Faisal-level scandal, one can still question, as Goldsmith does, Hollywood’s motives for choosing an imperialist queen as their subject yet again. Because Cleopatra was likely white, this gives a white actress an opportunity to cosplay with ankhs and kohl and for studios to dismiss accusations of racism. Like T.E. Lawrence, Cleopatra appeals to the world — from Shakespeare to Elizabeth Taylor — because of her marketable whiteness amid brown bodies and culture. She’s the white-girl-who-vacations-in-the-Bahamas-and-comes-back-with-cornrows of historical monarchs.

But because we’re dealing with Gadot here, it’s not just the fact that she’s white. (Though there were actually some people questioning if she was white in the fallout. On that closed question, I direct you here..)

Which Hollywood dumbass thought it would be a good idea to cast an Israeli actress as Cleopatra (a very bland looking one) instead of a stunning Arab actress like Nadine Njeim?

I understand the seemingly poor optics as conveyed by critics of Israel and the occupation, but even taking a hardline anti-Zionist stance, doesn’t this casting make a certain amount of sense for your narrative that Israel steals Arab land? At the time the Ptolemys ran the show, Egypt was a conquered country with foreign rulers who co-opted native customs, fashion and even inbreeding practices. Isn’t that what many anti-Zionists are accusing Gadot of doing? (Minus the inbreeding bit.)

When it comes down to it, the real question is why we need another Cleopatra movie to begin with. Setting aside why anyone (of any background) would want to claim her — she kinda was a bad person who contrived to assassinate her brother-husband and her sister — we wonder if it’s time for another Egyptian queen to have a star turn.

We’ve seen and heard the story of Cleopatra so many times. ? Maybe time for Nefertiti, an icon of beauty and power, now? https://t.co/PmwddtbVsh