A Quibit (Quick Obit) for Quibi (with apologies to Walt Whitman) 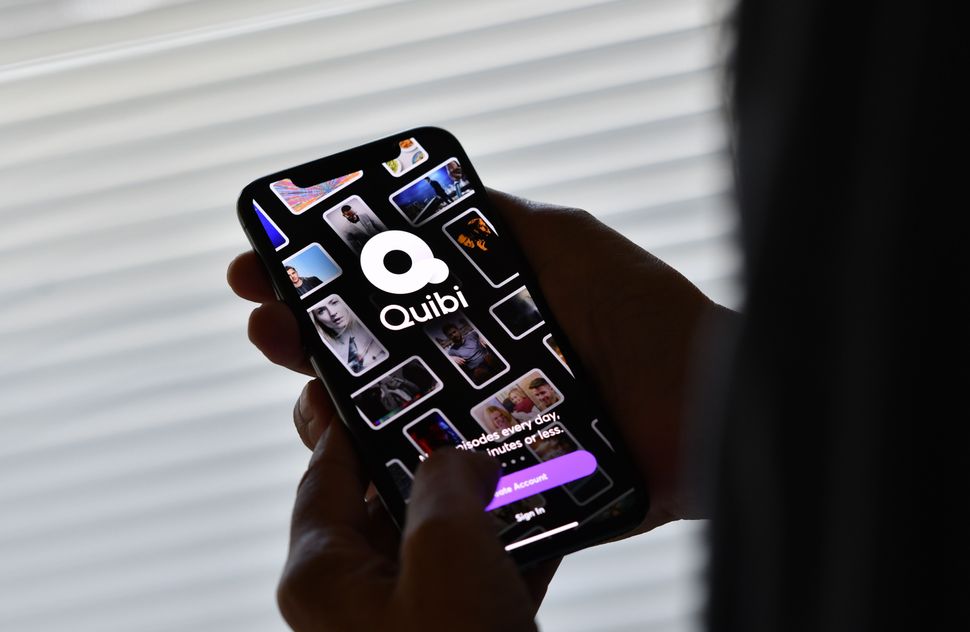 A person uses Quibi (like not enough people ever did). Image by Getty/CHRIS DELMAS/Contributor

O Quibi! my Quibi! rise up and hear the yells;
Rise up—for you the grave is made —for you the content cries,
For you the japes and unkind tweets—for you the nets a-crowding,
For you they call, the giggling mass, their eager faces turning;
Here Quibi! Dear short-form!
2 billion invested!
It is some dream that on our phones,
You’ve fallen cold and dead.

It’s not a dream.

Quibi, Jeffrey Katzenberg’s short-form, premium content video service is set to shutter about six months after launching. It’s really not all that surprising, given the fact that many more have heard jokes about the service’s struggles than have watched any of its titles. After thrashing to stay afloat — and blaming the pandemic for its plight — the streamer that secured a nearly $2 billion of seed money from huge backers in 2018 couldn’t find a buyer and will soon meet its end.

We must, then, bid adieu to all the shows we have not seen.

(I have to level, I’m looking at Wikipedia and am quite surprised by just how many shows Quibi had. Was Quibi good, actually?)

Goodbye to that show that gave Zac Efron typhoid that was called, I kid you not, “Killing Zac Efron.” And so long to #FreeRayshawn, which won a pair of Emmys.

In all seriousness, it’s sad to see an ambitious — if fundamentally misguided and over-sure of its own appeal — project cut down so soon. We never gave poor Quibi a chance. Probably because YouTube is free and the name is dumb and it did a very poor job of explaining what it is and why we’d want it.

But there is a small comfort to be had in Quibi’s untimely end. Like such similarly silly misfires as the Zune, Seeso and Kerbango Internet Radio, it will always have a place among the obscure, funny-sounding enterprises of cultural memory.

They’re probably printing the Trivial Pursuit card as we speak.

A Quibit (Quick Obit) for Quibi (with apologies to Walt Whitman)