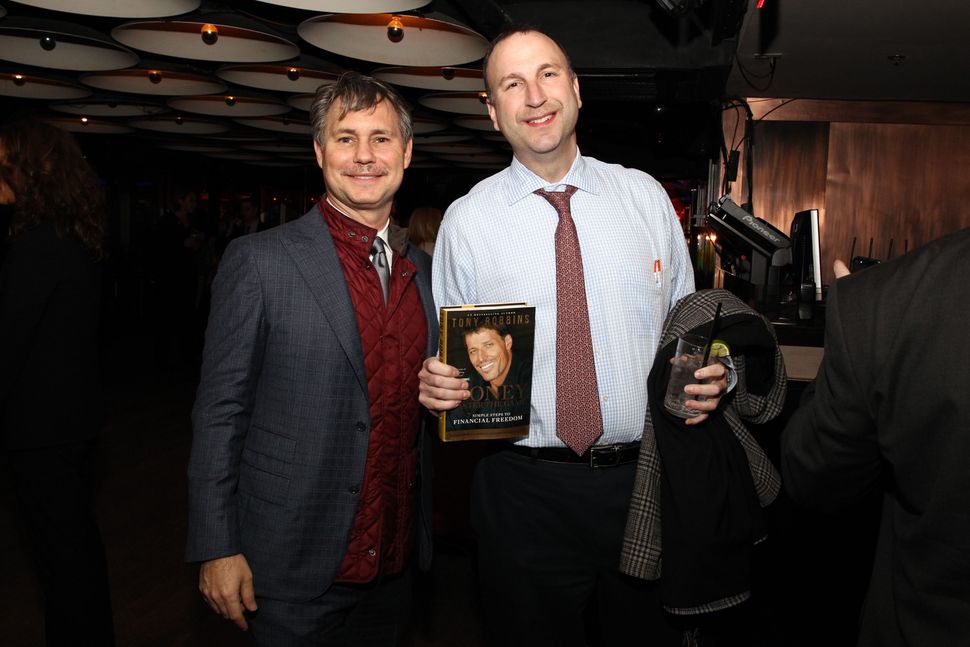 Author’s Note: After being pardoned by Trump for alleged cyberstalking, Jared Kushner’s longtime chum Ken Kurson is now facing similar charges. In light of this news, we are revisiting this article from October of last year, which plumbs Kurson’s musical oeuvre, a canon of paranoia and jealousy that gels quite well with the allegations.

Ken Kurson, former editor-in-chief of The New York Observer, erstwhile Rudy Giuliani speechwriter and longtime friend of Jared Kushner (former owner of The Observer), is in some trouble — luckily he has a creative outlet in some very bad, but very telling, music.

On October 23, news broke that Kurson was arrested on charges of cyberstalking and harassment involving his ex-wife. Kurson is accused of using keystroke-tracking software and assuming online aliases like “Eddie Train” as part of his harassment of a doctor friend at Mount Sinai Hospital, where Kurson’s ex-wife also works as a doctor.

In the complaint, five accusers describe Kurson’s actions as “diabolical” and “super scary.” But the alleged cyberstalking appears to have had another mode of expression in a long discography of possessive spurned lover projections.

Before Kurson founded Green magazine, where he doled out financial advice to fellow Gen Xers, he served up basslines for Green, a Chicago indie band. And while he left that group in 1990, he’s continued to songsmith for his new outfit, The Lilacs, which formed in 1990 and took a 24 year hiatus from 1993 to 2017.

Their new stuff is proficient, if by no means memorable, and can all be found under what appears to be Kurson’s personal YouTube page, “thekurse.” One track, “I Saw Her First,” caught our attention with its Hebrew count-in.

In the video for the song, Kurson, with a bass guitar strap emblazoned “The Kurse,” calls dibs on a woman over a rival with “tight pants,” “great hair” and a skinnier frame.

“I see why she’s intrigued but it’s not fair/I know it just can’t be,” Kurson sings with typical pop punk inflection.

“I’m not gonna take this lying down,” he adds in the chorus, “I’m not gonna sit here as you push me around/I’m gonna get up and shout it until my lungs just burst.”

Here we have a pretty good candidate for an incel anthem dated to early 2019, some months after the start of the F.B.I. probe into Kurson that would uncover claims of anonymous phone calls and messages to Mount Sinai employees alleging his doctor friend was having an affair with her boss. That all happened in 2015, at which time the doctor said that Kurson’s “angry, erratic behavior” left her scared for her safety at work.

The video for “I Saw Her First” — which is filmed almost entirely in a studio — poses a number of compelling questions, like: Why exactly does Kurson appear to be recording some of his vocals on a deck outside where ambient noise would surely interfere with the mix?

Other queries: What exactly does Kurson’s Hebrew forearm tattoo — which looks like it was scrawled on with Magic Marker — say? Was the band’s reunion prompted by Kurson’s exit from the Observer in 2017 — a move he said he’d made to work at a corporate advisory firm run by Clinton allies? What were these other guys doing the last 25 years? Will this group open for James Dolan’s JD & The Straight Shot?

The song, with its pugnacious vocals and seated guitar solo by Lilacs co-founder David Levinsky, doesn’t seem like the work of someone at ease with his lot as the head of a media company, Sea of Reeds Media. (Kurson’s website has a bunch of photos of him in his punk heyday, perhaps indicating something of a midlife crisis.)

It should be said that the ’90s work of the band is likewise angry, with Kurson sneering in “The Very Last Time,” a string of denials about slashing tires or putting his fist through a man’s face (or any walls) while insisting that he “served an ancient sentence/For an old and honored crime.”

Kurson also has some more winning, less aggressive output of late, like the song “Monica,” in which he pledges to an old flame, “If I take you out I’ll be a gentleman./I’ll keep my hands to myself,” and, more pitiably, “I don’t want to stay here alone” and “do you miss me at all?”

But even that song kinda pivots, with Kurson addressing, “You, with the dark brown roots,” a description that seems a lot like negging. The song is well produced, however, by Television’s Richard Lloyd, whose memoir Kurson reviewed in 2019.

If you need an eerie palate cleanser, you can always check out Kurson covering “You’ll Never Walk Alone,” which I certainly won’t say takes on a new kind of meaning in light of recent news.

Whatever you make of the merits of this developing case or of music as a reliable or faulty barometer of a songwriter’s inner state, we must confront the most troubling autobiographical claim from “I Saw Her First.”

“They call Alabama the Crimson Tide,” Kurson sings, riffing on Steely Dan’s “Deacon Blues,” “And everybody calls me Kurse.”

Everybody? The criminal complaint seems to suggest some people also call him “Jayden Wagner” and “Eddie Train.” Those are cooler names for a rock star, though their alleged behavior is unseemly.