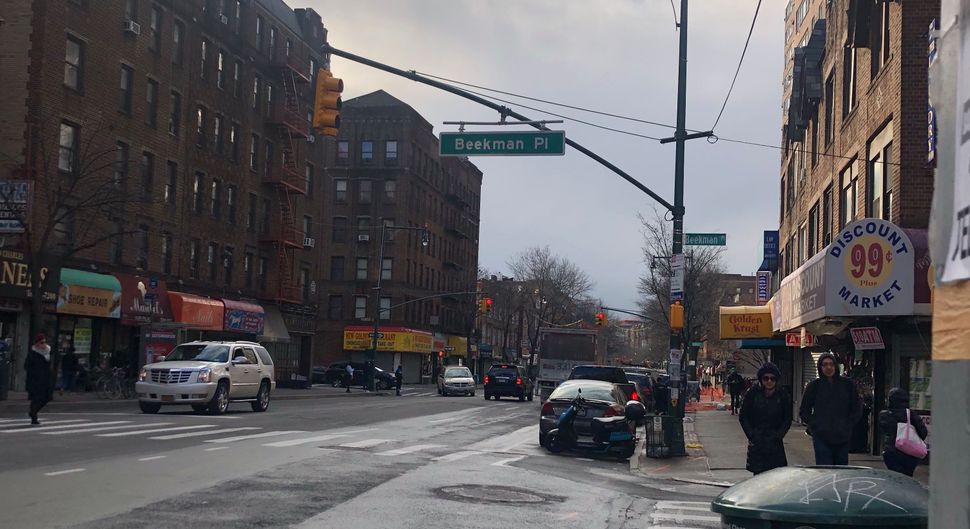 My roommate and I struck out early to vote Tuesday morning. Close to our polling place, a school in deep Brooklyn, we began to pass strangers wearing voting stickers. It wasn’t a very New York thing to do, but we waved at them, and they waved back.

I couldn’t help it: despite the extenuating demands of this time, I was happy. It was my first walk in the area after a long absence — much longer than I ever intended — and I was glad to once more be out among my neighbors. I’d come back to vote, and seeing them was a reminder of why that had felt so necessary.

I left for Denver, where I grew up, in early March, when the pandemic first took hold, and it seemed we were going to experience a temporary halt to ordinary life, not an entirely new normal. Like many millenials, I saw moving back in with my parents as the wise choice, a way to achieve some of the security, in an insecure time, that I would have otherwise lacked. I kept my apartment in Brooklyn, and reasoned that I would be gone for a month, maybe two. But I found, once back in my parents’ house, an unexpected new depth to my life. 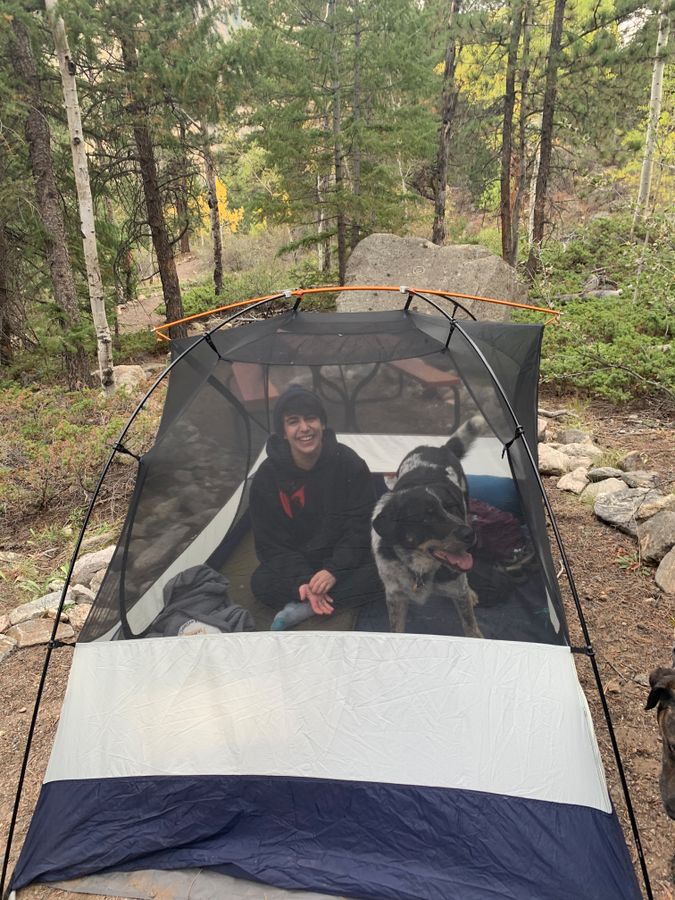 The writer (left) and Sparrow, her brother and his fiancee’s dog (right), in Colorado. Image by Hannah Mellman

For the first time since adolescence, I got to share in the daily routine of my family, supporting them through fear and sorrow — and some joy — and being supported by them. I hadn’t realized how lonely I’d been for that kind of profound, stabilizing love. A month passed, then two, then the whole summer and part of the fall, and I stayed.

Slowly, that sense of newfound nurture forced me to face an unexpected choice. After years of rejecting my attachment to my hometown — I’d always felt that something fundamental about me simply didn’t fit there — I was finally at peace with it; even, despite the pandemic, something close to happy.

For the first time, I could imagine a good adult life in Denver: Weekly dinners with my parents, weekend camping trips with my brother and future sister-in-law, maybe even season tickets for the Nuggets, the NBA team that I passionately love. But the good life I’d already built — my friends, my career, my sense of individual place in the world — was in New York. I couldn’t have both.

I had dreams that I returned to New York and was wracked by the kind of unmanageable homesickness I hadn’t felt since childhood. And I had dreams that I never returned to New York, and was never happy again. In the scope of human suffering that had descended on the country and the world, my uncertainty was a small problem to have. But in my consuming inner landscape, it had enormous gravity.

The election decided it for me.

As November approached, my muddling-through led me to two hard facts: I needed to vote for my neighbors, and I needed to do it in person.

Five years ago, I missed my honeymoon with New York City. I’d dreamed of moving here for almost my whole life, and I was ready to glory in the city’s autumn splendor. But at the end of summer, two weeks before I was scheduled to move to Brooklyn from St. Louis, where I’d gone to college and held my first job, the boyfriend who was supposed to move with me ended our relationship. So I spent my first months as a New Yorker in a fog of grief.

The thing that saved me was the neighborhood in which I ended up by accident, off the stretch of Flatbush Avenue south of what was once Ebbets Field. From the start, I loved everything about it: The parties that filled the streets in summertime, the bagel shop that was always unaccountably filled with smoke, the perpetual drum circle in the far east corner of Prospect Park.

The West Indian bodegas, the sidewalk stalls selling coconut water straight from the coconut, the sleek old brownstones, the restaurants turning out roti and jerk chicken and plantains. The bars and their regulars, whom I came to know by face, if not always by name. The coffee shop where I became a regular, and people came to know my face and name.

I felt, and feel, a loving obligation to this neighborhood that transcends what I feel about Denver, or anywhere else I’ve lived. When I began to think, in early fall, about electing a local government, I thought about the government that would help or harm these people and this place.

I could have gotten an absentee ballot, but I’ve always loved Election Day in New York. There’s a determined energy in the streets, a sense of a clear-eyed need for change and a genuine joy in the endeavor to achieve it. No matter the other pulls in my life, that energy was and is my home, something I needed and wanted to be a part of.

So I booked an airline ticket that landed me at JFK Airport exactly 15 days ago — just enough time to do the required two-week quarantine and be ready to vote on Election Day, in person. The future life I want myself is still murky. But where I owe my civic duty — and how I want to see it through — is crystal clear.

When my roommate and I got to the school this morning, we found the line to vote was mercifully short, and — even better — the ballot machines were, for once, not jammed. Like we’ve done after every election since we first moved in together in 2015, we went to that favorite coffee shop to celebrate. The same people who gathered in front of it every morning in ordinary times were there, masked and more sober than before, but present and well.

There was no pretending this election might be reassuring, peaceful or smooth, and no pretending the way forward for any of us might be easy. But I felt a wild infatuation with this neighborhood — and by extent, the whole city — and what it means to be a citizen here, even in the dark times.

After all these years, it was like a honeymoon: An honest one, love mixed with the understanding that trouble likely lies ahead. I took a breath to calm my nerves. And underneath my mask, I smiled.