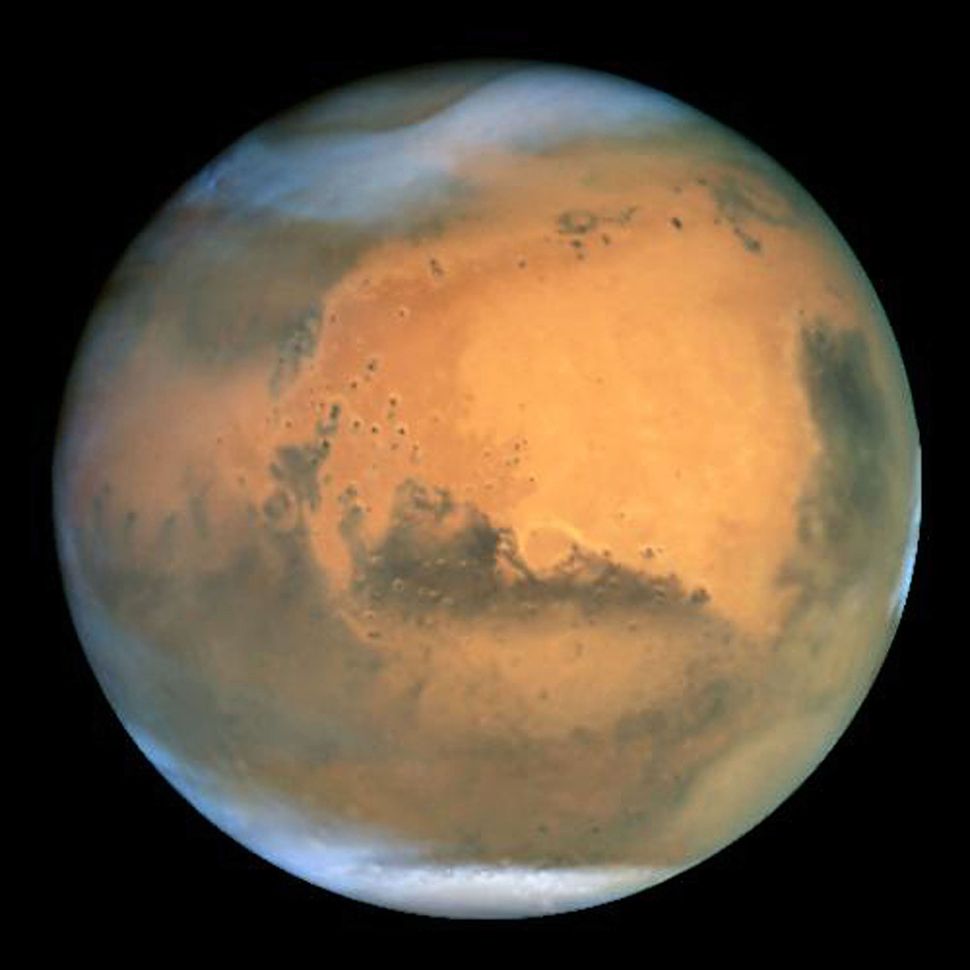 Groucho Marx, and later Alvy Singer, once quipped “I don’t want to belong to any club that would have someone like me for a member.” But what if that club includes aliens?

The question came to us Dec. 7, after the Jerusalem Post reported that former Israeli space security chief Haim Eshed dished about the existence of an extraterrestrial body, the “Galactic Federation,” which secretly meets with American representatives in a subterranean base on Mars.

While he didn’t specify what exactly Earth’s membership status was, the retired general noted that, along with Israel, President Trump is aware of the aliens and nearly let us all know about their existence. The Federation stopped Trump, Eshed told Israeli daily Yediot Aharanot, because it wanted humanity to first “evolve and reach a stage where we will… understand what space and spaceships are.”

Of course this premise is pretty absurd. Trump keeping a secret of this magnitude? The Federation must have some Vulcan-level mind control (or maybe just Trump’s Twitter password). If any of this is true, and Eshed insists it is, we have a lot of questions.

1) Who are the American and Israeli representatives?

I have my own shortlist here. I think that former Senate Majority Leader Harry Reid, a known UFO enthusiast, should be in the mix, but the fact that he retired from public office likely disqualifies him. Tom Delonge, former guitarist for Blink-182 and respected ufologist should also have a seat at the table. For Israel, astrophysicist Nir Shaviv should be allowed into talks along with Neta Barzilai, who earned her spot as a galactic ambassador for winning Eurovision.

Realistically? Jared Kushner, the Trump factotum par excellence, was sent to space and emailed his assistant to ring his cell phone to get out of the “boring meeting.” Whether he succeeded depends on the Mars base’s Wi-Fi situation.

2) What are spaceships like — and what do we need to know about space?

I have to say, I’m pretty offended by the aliens’ assessment of Earth’s parochialism. I feel like I have a passing awareness of what spaceships are. I’ve built a Lego Millennium Falcon. But if they don’t think we’re ready, these ships must really be something. Maybe some massive Lovecraftian craft that, to gaze on it, would induce madness on the beholder. What do they know that they think we’re not ready for?

As for the space bit — I get that there’s a lot we don’t know. But then shouldn’t you be the ones to educate us? What divine truth is there that will incite mass hysteria? Was Carl Sagan wrong? Is the universe actually contracting? Do boys not really go to Jupiter to get more stupider?

We imagine that a Galactic Federation would be as diverse as the universe itself. That said: Are we talking more “ALF,” “Mars Attacks” or “Star Trek?” Maybe some of these super intelligent beings are composed entirely of gas or look like cocktail umbrellas. If all of the above, that’s a huge range of biological difference. So: what are the bathrooms like at this place?

4) Is Earth a member planet or a non-member observer planet?

I’d like to know just how deep we are in all of this. Like, are we passing resolutions? Sanctioning Alpha Centauri? I feel like I don’t trust our world leaders to weigh in on the affairs of the Char’bantoom people of planet Qardip-6 and their dealings with the Neepf. That’s an extremely layered conflict with a lot of history behind it, and we have our own problems here.

5) Have Trump and Bibi been to Mars?

It’s possible that with alien technology the round trip journey to the Red Planet can make for a speedy excursion. That Trump has made some comments about Mars that have baffled experts may, given this new development, prove he knows more than he lets on.

In June 2019, for example, Trump tweeted that “NASA should NOT be talking about going to the moon,” but that “[t]hey should be focused on the much bigger things we are doing, including Mars (of which the moon is a part).”

For all of the money we are spending, NASA should NOT be talking about going to the moon – We did that 50 years ago. They should be focused on the much bigger things we are doing, including Mars (of which the moon is a part), Defense and Science!

Many were quick to note that Mars is not part of the moon. But, maybe aliens showed him something that proved it is somehow while convincing him a manned mission to Mars was doable in his first term.

As for Netanyahu, we doubt he’d make the trip — unless they have a washing machine on premises.

6) Where were these aliens when we needed them most?

In his book – which he plugged in his interview – Eshed detailed how aliens have prevented nuclear apocalypses. They clearly have a vested interest in our planet, or at least enough to be in touch. So why didn’t they step up in our time of direst need?

That’s right, aliens; you could have saved the Taco Bell quesarito from being discontinued. You didn’t. And you say we’re the ones who aren’t ready for a relationship?