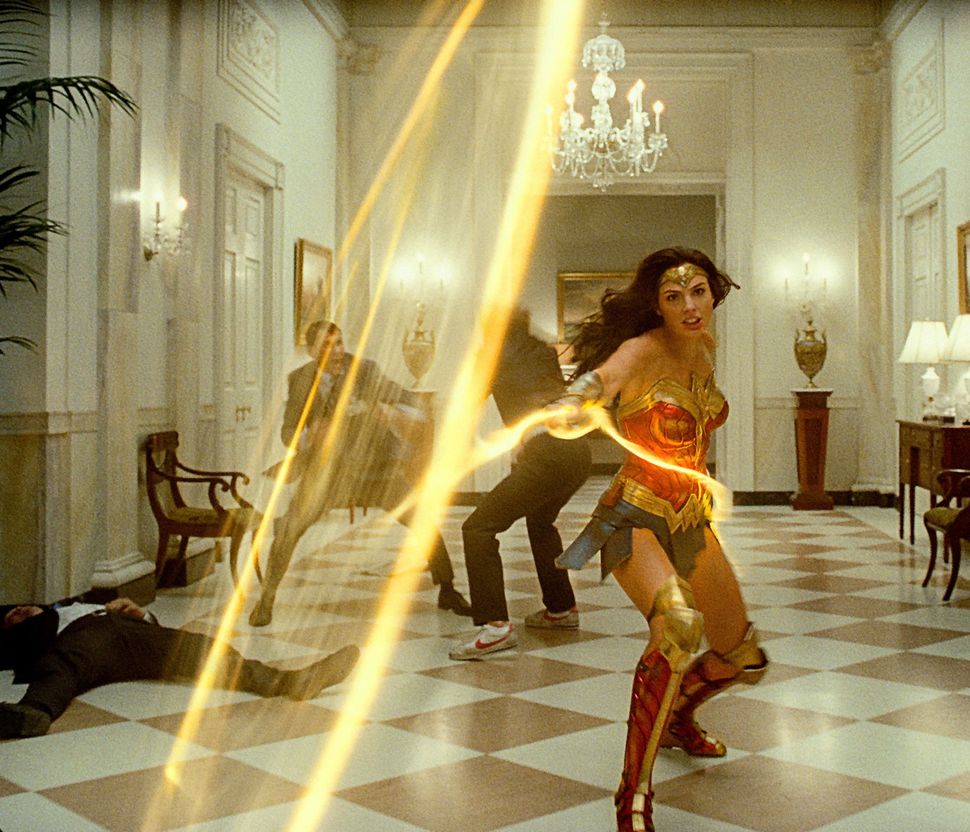 The world loves Wonder Woman. But many still have issues with the actress playing her.

The Amazonian superhero will return in a third standalone installment with star Gal Gadot and director Patty Jenkins Variety reported. The fast-tracking of the project follows impressive box-office returns for “Wonder Woman 1984.” The film has already made $85 million globally, despite middling reception from critics and fans and social media outrage over its content.

It’s not anti semitic to dislike Gal Gadot for her support of the IDF. pic.twitter.com/ovOzCL7wiT

Others took issue with a sequence in the film wherein Wonder Woman lassos a missile to propel herself toward Egyptian Muslim children playing soccer and save them from an oncoming armored vehicle. Some believed the scene to be a deliberate revision of an instance during Protective Edge, when an Israeli rocket killed children playing soccer on a beach in Gaza.

Who mentioned Jews? I mentioned the IDF, an army Gal Gadot is a veteran of. In this film, she explicitly mirrors a situation (Arab children playing soccer in the sand) that in 2014 resulted in the deaths of four small children in Gaza via an IDF missile.

If you’re not fully understanding why this is so…grotesque. In 2014, four young boys were killed by an Israeli mortar strike, while playing soccer on a Gaza beach during a bombing campaign that Gal Gadot was vocally supportive of.

Criticisms of Gadot’s Instagram post and her time in the IDF are nothing new. Gadot’s defenders maintained that her service was compulsory – and that she served in a non-combat position — and that her politics are actually quite moderate.

In a recent interview with BBC Arabic, Gadot was asked if it was possible to, like her character in the film, “achieve peace without waging war” in the Middle East.

“I pray it is,” Gadot replied to interviewer Sam Asi. “I’m a big believer in diplomacy, and I can only hope that we will have two brave leaders that will bring us there.”