New Jersey has the best bagels. Just ask the women behind @NJGov. 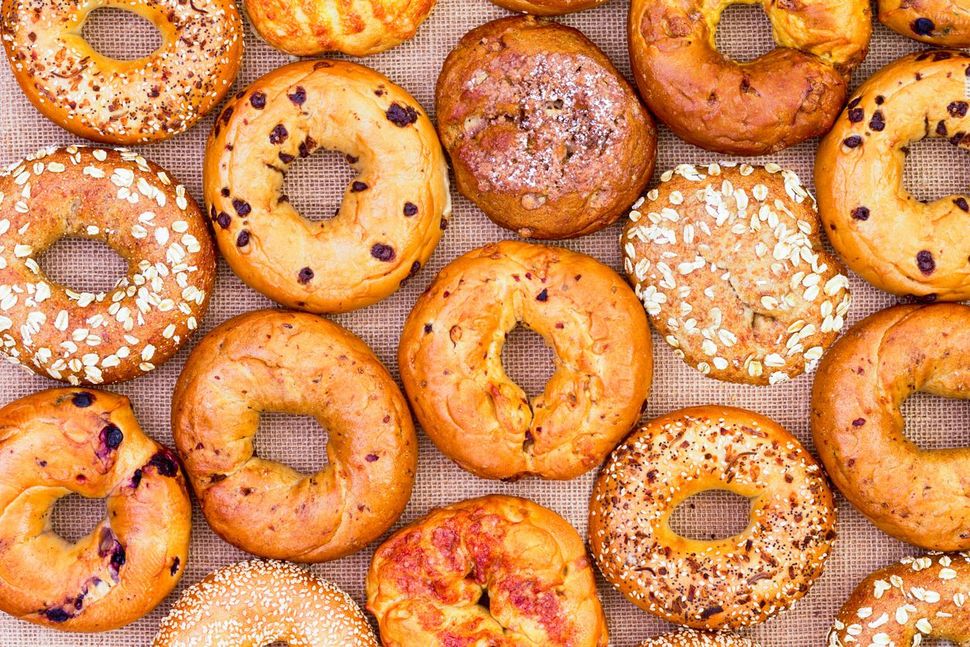 With the recent insurrection in the U.S. Capitol, the second impeachment of President Trump and the ongoing coronavirus pandemic, you may have overlooked another event of national — nay, global — importance.

But Pearl Gabel and Megan Coyne are here to remind you: National Bagel Day is here, and you should probably plan to celebrate in New Jersey.

The brains behind @NJGov, New Jersey’s official Twitter account, Gabel and Coyne are known for the exceedingly unofficial content they put out. Aggressively evangelizing the oft-maligned state of their birth (and mine; my opinion on New Jersey bagels is extremely partial and I will not pretend otherwise) with memes and emojis, @NJGov has gained viral fame with tweets like these.

Gabel and Coyne, who work on the communications team for Gov. Phil Murphy’s administration, know that New Jersey’s many haters are best addressed with dank memes. And dank memes they have provided, along with innumerable photos of the stunning sunsets that occur in New Jersey literally every night. The rise of @NJGov was balm to the weary souls of New Jerseyans whose summer camp experiences were marred by dweebs from Connecticut (Connecticut!) smugly contending that the Garden State is the “armpit of America.” It has resulted in national coverage and many texts from the mothers of Jersey-born journalists asking if we can please write something about these nice women who went to Rutgers. Coyne and Gabel’s exuberant presence on the internet is great news for people who enjoy watching internecine feuds between mid-Atlantic states, and even better for those interested in quasi-pornographic videos of food produced by this fair state’s eateries.

That’s where the bagels come in. Gabel and Coyne have not hesitated to proclaim New Jersey the “bagel capital of the world,” and they’ve vigorously critiqued the desecration of bagels that regularly occurs in other parts of the country. If you’ve ever enjoyed a moment of outrage over “St. Louis-style” sliced bagels, it’s probably thanks to them.

Ahead of National Bagel Day, they saw fit to remind us, with a succulent bagel TikTok from Hoboken’s O’Bagel, that the unequivocally best bagels are to be had in New Jersey.

When I saw that @NJGov couldn’t even wait for the official start of National Bagel Day to begin celebrating, I dashed off an email to Coyne and Gabel, thinking there was a one in 10 chance they’d respond. A few hours later, we were hanging out on Zoom, marveling at the fact that Gabel’s surname is an anagram for “bagel” and discussing why New Jerseyans are so darn excited about boiled bread. The following interview has been edited and condensed for clarity. 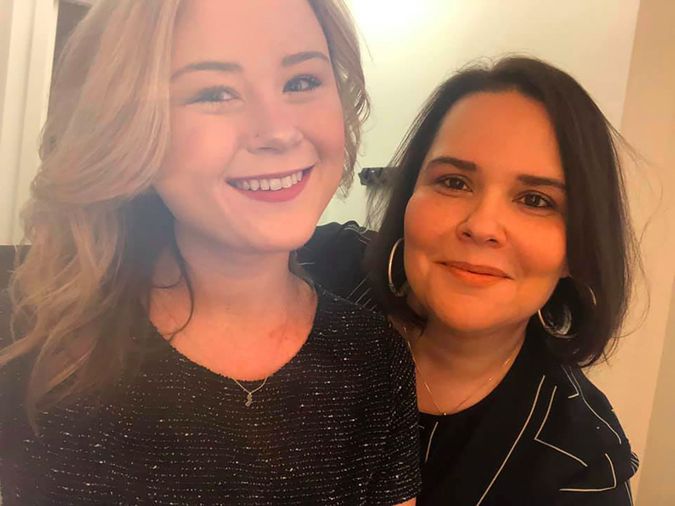 Pearl Gabel: You know how people say “made with love” for things that are delicious? I’d say “infused with New Jersey-ness” is another way to say that.

What exactly is “New Jersey-ness?

Gabel: Megan had something poetic.

Coyne: Oh yeah, it was really deep. In many ways, a bagel represents a New Jerseyan. Because you have this hard exterior, but on the inside it’s soft and warm. That’s what a New Jerseyan is: we’re bold, we’re brash, but we’re also very loving people when you get to know us.

Do you guys have any particularly special bagel memories?

Gabel: My mother is from Belgium, so she was introduced to bagels when she moved to New Jersey with my dad. And they’ve since become a tradition with her Belgian family. As soon as they come visit, they have bagels. It’s the first thing they ask for. Basically everyone likes the same thing: everything bagels with scallion cream cheese from Grandma’s Bagels in Little Silver.

What are your thoughts on novelty bagel toppings?

Gabel: The bagel evolves, and I’m open to that evolution. We’re not open to the St. Louis-style bagel. That might be more like devolution.

Does @NJGov have any plans for National Bagel Day?

Gabel: We’re not really pre-planning everything. A lot of the success @NJGov is because Megan and I are reacting in real time to things, it’s not preplanned. Also, @NJGov is a very small part of our jobs. If we had a lot of time, we would do a more robust bagel rollout. But right now we’re just going to be playing by the seat of our pants.

Since you don’t do a lot of preplanning, is there daily pressure to be funny?

Gabel: That’s the story of our lives. We’re completely steeped in policy, in the pandemic. We’re doing not-funny stuff 99% of the day. And we’ll go back and forth saying, “I can’t, my brain is mush.” But it’s a great relief when something just comes to us. Like a bagel.

Coyne: I think I’ve probably sent Pearl close to a million messages like, “I’m not funny anymore. You should consider firing me.” But something like National Bagel Day definitely fills us with a lot of joy.

Do you get good responses when you talk about New Jersey bagels?

Gabel: Oh my God, people are so passionate. Somebody just posted a picture of the guys from “Wayne’s World” with the caption “Me and my boys going to New Jersey for bagels on National Bagel Day.” Should we retweet it, Megan? I’m going to retweet it. People are great. Someone said, “I don’t understand why it’s not a state holiday.”

Gabel: I’ve told this to Megan many times, I will go through the mentions sometimes and just cry, because it’s so beautiful. It’s a little tribal, but everybody’s welcome. We don’t have pretensions. Except for with our food.

How will you two be observing National Bagel Day?

Coyne: Definitely getting a bagel, that’s nonnegotiable. And spreading the Jersey bagel pride on social media.

New Jersey has the best bagels. Just ask the women behind @NJGov.