Hey, The Weird Bagel Mangling Was Actually Invented By Jews 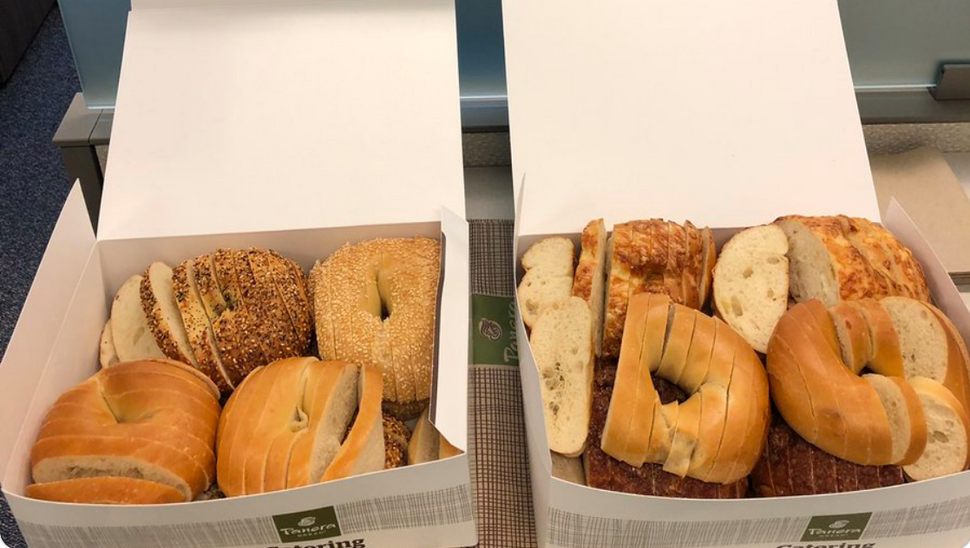 Bagels? Is that you? Image by Alex Krautmann

America today is more divided than ever in living memory. The country faces a very real threat of civil war.

We’re speaking, of course, of the rising trend of slicing bagels vertically like bread. The incomprehensible treatment of bagels was brought to the attention of the greater internet this week when a Missouri-based office worker posted a picture of mutilated bagels to Twitter, calling the slicing method, “The St Louis secret.”

Today I introduced my coworkers to the St Louis secret of ordering bagels bread sliced. It was a hit! pic.twitter.com/XNGbljtpYz

Contacted for comment, the Forward’s resident St. Louis expert, Deputy Culture Editor Talya Zax, said, “I lived in St. Louis for many years and love it, but I must disown this take on bagels as antithetical to all forms of joy on earth.”

People (people who have significant leisure time to spend on the internet in the middle of a workday) are furious. And rightly so — this slicing method destroys the integrity of bagels, turning them into limp carb pallets. The cut bagels give the sinister suggestion — you should not be eating a full bagel. You should be eating one-tenth of a bagel! It feels personal.

I work in a bakery that makes bread & bagels every morning…. If someone asked me to “bread slice” bagels I’d refuse service. I have standards and a healthy respect for bagels.

And yet one wonders if this bagel controversy reflects the total vacuity of mainstream Western discourse. The way a bagel is enjoyed doesn’t matter quite as much as our tribalistic allegiance to minute cultural differences. And our need, collectively, to find things to care about, to laugh about, to rally around.

Look! Representative Lee Zeldin, who despite being Jewish has forged close friendships with Steve Bannon and Sebastian Gorka, has already used the bagel controversy to endear himself to the public:

And on another serious note, some are — however jokingly — calling the bagel slicing “anti-Semitic” or pointing out that this news comes just days after it was revealed that the company that owns Panera (the source of these infamous bagels) has Nazi ties.

But it’s not so simple.

The St. Louis Bread Company was founded by Ken and Linda Rosenthal in 1987. Ken Rosenthal baked the bread himself, and the couple grew their tiny bakery into a fabulously successful company that was later acquired by Au Bon Pain, which renamed it Panera. Panera is now owned by JAB Holding Companies, the German fast food group that has recently attempted to make amends for its nazi past. The controversial style of slicing bagels vertically was popularized at St. Louis Bread under the Rosenthals.

Alright. Time to settle this “St. Louis style bagel” situation. At least from my POV.

(This is my first thread, so you know it’s important) https://t.co/VVEZTxihDC

So it’s not anti-Semitic. And it’s not the fault of the so-called Nazi-bagel family.

Hey, The Weird Bagel Mangling Was Actually Invented By Jews