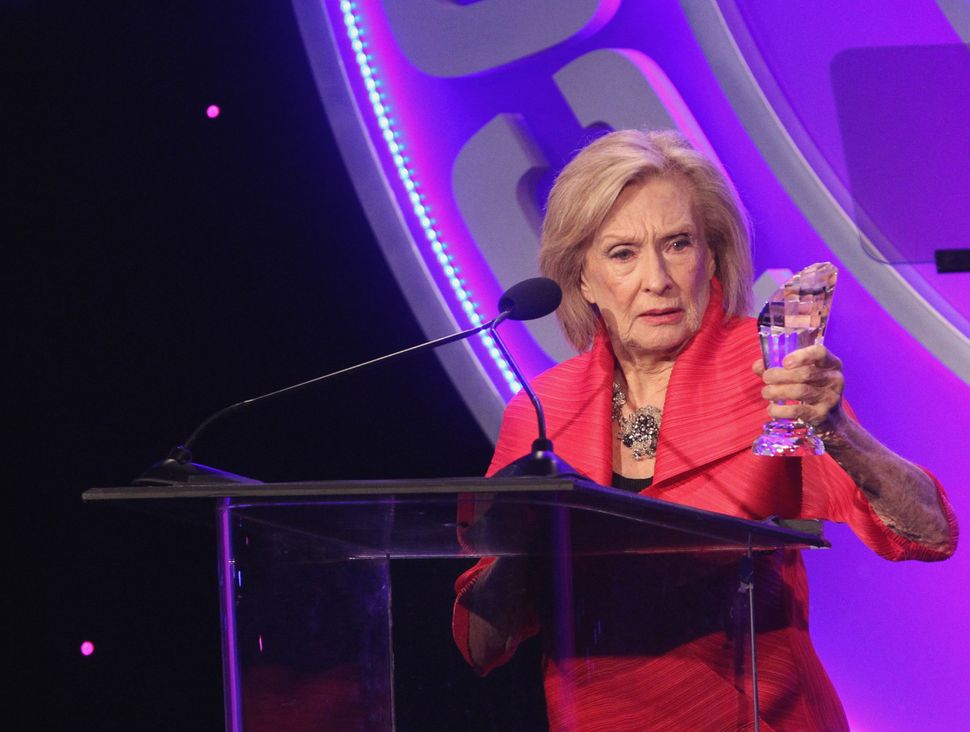 “Every time I hear a horse whinny I will forever think of Cloris’ unforgettable Frau Blücher,” Mel Brooks wrote Wednesday on Twitter, as the media reported Cloris Leachman’s death at the age of 94.

Indeed, few characters or performances have been so linked to Foley sound as Leachman’s turn as the eldritch housekeeper from Brooks’ “Young Frankenstein.” But Leachman was anything but a one trick pony.

Under Brooks’ direction she played the Dickensian battle-ax Madame Defarge and Nurse Diesel, whose fearsome bedside manner would have been too much for Nurse Ratched. She specialized in strong, flawed women often to the point of caricature, but imbued them with something real. The act of embracing the characters’ unglamorous foibles was by itself revolutionary at a time when the fight for the Equal Rights Amendment was first raging.

Having lasted through several waves of feminism, Leachman’s career is in some ways inseparable from its trends. Perhaps her best-remembered role is as women’s libber Phyllis Lindstrom on “The Mary Tyler Moore Show” and her later, eponymous spinoff.

Phyllis was the sort of apparatchik of the movement who resented allies and held exclusionary ideals of womanhood. The fact that she shared a first name with Phyllis Schlafly was both ironic and apt. This Phyllis was priggish, snobbish and largely traditional while holding onto purportedly modern notions of gender relations.

In a scene from a Season Four episode of the “Moore Show,” she holds forth in Mary’s apartment, blaming herself for being “too much of a real woman” for her cheating husband.

When Rhoda, a fellow feminist, asks her to unpack this, she completely fails and, as was her wont, shuts Rhoda out of the conversation. (Rhoda Morgenstern is a bit too “New York” for Phyllis’ taste.)

She ends her speech with a brutal lesson from nature: “Once the male bee has — shall I say — serviced the queen, the male dies. All in all not a bad system.”

Given her extensive comedic bona fides, it’s easy to lose sight of Leachman’s dramatic work., such as her Oscar-winning role in Peter Bogdanovich’s “The Last Picture Show.”

Playing a 1950s housewife having an affair with a high school student, Leachman found the human motive driving her contemptible actions, and even some redemption.

In the film’s final scene, peppered with audio from a TV comedy show, Leachman lashes out at her underage lover before recognizing in him her own mistake. She then pivots to a maternal mode, and we see her tragedy: unloved by her closeted husband and wrong to love his replacement.

Leachman’s career started and ended with bravery, an unflinching willingness to go for the jokes and derision leveled at women and take ownership of them. Well into her old age, she was game to keep herself relevant in ways that many of her contemporaries would think beneath them.

In 2008, she appeared on “Dancing with the Stars,” perhaps becoming the only celebrity in the franchise’s history to gain respect from the endeavor (she was eliminated sixth, after Kim Kardashian, Misty May-Treanor and Toni Braxton among other relative spring chickens.)

She aged gracefully into roles with steadfast collaborators. “Mary Tyler Moore” co-creator James L. Brooks cast her in “Spanglish” as a wino matriarch. In lesser hands, the part might be reductive. Leachman made her sing, because she was Cloris Leachman, and that meant something.

A picture from the last time I saw you. Always beautiful. Nothing I could say would top the enormity of my love for you. Until we meet again darling. #clorisleachmanrip pic.twitter.com/9etOZo13Kb

Of course Leachman was not Jewish — a possibly apocryphal quote goes “but they cast me that way a lot of the time” — but she had a Jewish sensibility. Yids like Brooks (both Mel and James) and Bogdanovich saw in her a kindred spirit, unafraid to deprecate herself and her gender in the service of art and commentary.

We can laugh — or neigh — at that. She would’ve wanted it that way.