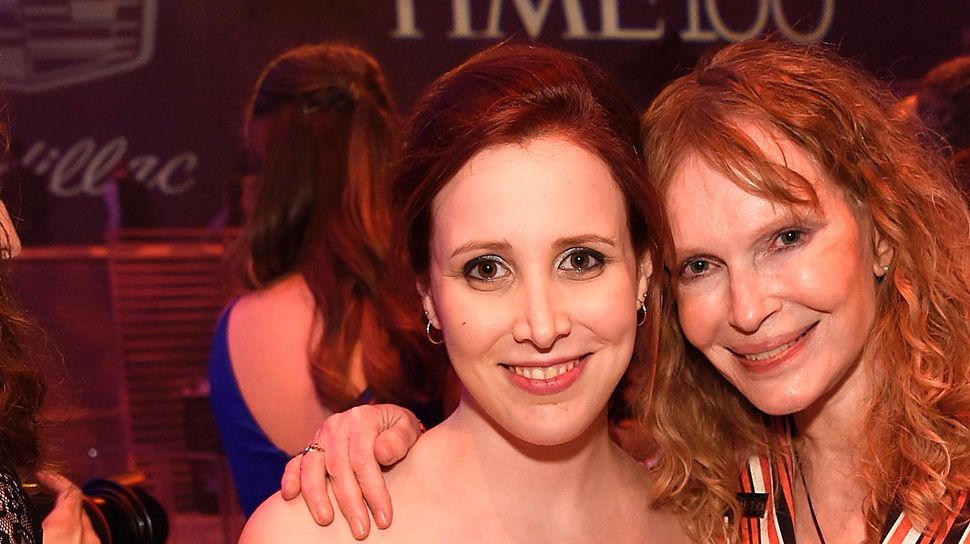 But the series, which investigates the deep and constant violence experienced by survivors of abuse, is anything but calming, because that lingering pain and domesticity are entwined. The violence visited upon Farrow is like a house, the show implies: Passive and permanent, something that must be lived within.

To answer the question on everyone’s mind, yes, the series is damning toward Allen. Whether or not you come away believing he molested Dylan when she was seven — and it’s awfully hard not to — the documentary is meticulous in chronicling the many ways, over decades, in which he violated the boundaries of young women and girls, particularly Dylan, whom he raised alongside his then-partner Mia Farrow.

As numerous family friends interviewed by filmmakers Kirby Dick and Amy Ziering recount, Allen coached Dylan to suck his thumb, claiming, in a chilling excuse, that the activity calmed her. He isolated her from her siblings, regularly drawing her away from them to spend time alone with him. Dylan and Mia both say that when Dylan’s younger brother, the journalist Ronan Farrow, was born, Allen began to isolate her from her mother as well, working to convince her that Mia now belonged exclusively to the baby.

His behavior towards her was disturbing from her earliest years: The judge who settled Allen and Mia Farrow’s eventual custody dispute thought so; social workers who examined Dylan in the wake of her allegations thought so; therapists thought so; babysitters thought so; the other parents at school thought so.

And most importantly, Dylan thought so.

In the few old home videos scattered through the series, Allen catches her in tight embraces. Every time, she turns to the camera with pleading eyes. If you have ever had the horrifying, queasy feeling of being trapped by someone you don’t trust, you will recognize her expression. These are videos from supposedly happy times, long before Allen’s affair with Mia Farrow’s then-college-aged adopted daughter, Soon-Yi Previn, came to light, marking the beginning of the end for the Farrow-Allen family.

But while finding proof of Allen’s alleged crime is the documentary’s apparent mandate, its real focus is on how those purported actions and their aftermath shaped and continue to shape Dylan and Mia Farrow’s lives. It’s about the increasingly well-known trap — harder to find your way out of than an unwanted hug — that swallows women and girls who seek justice. Dylan, now 35, and Mia endlessly revisit the same choice: they can continue their fight, and face the brutal tide of hatred that meets those who challenge the image of beloved men, or choose to stay quiet, and live with the unbearable feeling of having been robbed of all control — really, no kind of life at all.

It’s a paralyzing trap, and an excruciating one. By joining Dylan and Mia as they live inside it, the documentary introduces viewers to their own painful accounting, demanding we consider what kind of response to suffering we’re willing to tolerate in women, and why.

That focus can make the documentary appear unduly skewed: No one from Allen’s camp is interviewed, and he and Previn, now his wife of more than two decades, released a statement decrying the series as a “shoddy hit piece” and alleging that its makers only contacted them for comment in the last two months.

(One of those interviewed in the series is PJ Grisar, a Forward staff writer.)

It’s a flaw of the series that it doesn’t provide an explanation for its unbalanced approach until later episodes, and then only implicitly, in a sequence highlighting the extreme extent to which media coverage of the scandal hewed to Allen’s story until the last half-decade. It’s a powerful argument for the importance of handing the Farrows the microphone. But by fumbling its presentation, the series also puts the women at a disadvantage. It gives those who buy Allen’s accounting of things too broad an opening to argue that the filmmakers’ bias disqualifies both their findings and the story they tell.

That’s a pity, as the story is, despite being in some ways well-trod, genuinely new.

Since the #MeToo movement sparked the beginnings of a reckoning with the systemic ways powerful men escape accountability for abuse, stories of the long unfolding of trauma have become newly common. “Allen v. Farrow” builds on them in an important way: It doesn’t just state the facts of the kind of trap in which Dylan and Mia Farrow found themselves, but tries to capture the pained experience, particularly for Dylan, of living in that trap every day.

Late in the series, Dylan speaks about forming bonds with other survivors of sexual abuse by family members; those connections, she says, have opened new pathways for her to understand the course of her own life. As she begins to go into more detail, her jaws start to chatter uncontrollably. She tries to subdue them, weeping with the effort.

It’s the most crushing of many such moments in which Dylan, with remarkable openness, lets us see the suffocating difficulty of living with a trauma about which everyone has an opinion. Her own body is trying to suppress her speech about it, as if aware that no outlet for what she has to say is safe.

Viewing that scene for a second time, I thought, unexpectedly, of Quentin Tarantino’s two-part saga “Kill Bill.” Tarantino appears in “Allen v. Farrow” by way of an old radio interview in which he mounted a defense of Roman Polanski for raping a 13-year-old girl, roughly claiming that the charge of statutory rape implied mutual consent. The movies, in which Uma Thurman gracefully slaughters her way through a host of enemies, make a fetish out of the trope of a woman seeking vengeance against the man who wronged her. (Thurman has since alleged abuse by Tarantino on the films’ set.) No one who has ever seen them has rooted against Thurman’s character. You want her to find the man who destroyed her life, and you want to watch her kill him.

Those movies were a phenomenon. We loved the spectacle of a fictional woman breaking out of a trap and briskly decapitating those who wished to put her back in it. But an abundance of people, watching Dylan Farrow, will find the spectacle of a real woman trying, peaceably, to find a form of justice — even if only within herself — unpalatable in its violence.

Why is Dylan’s quiet struggle so difficult, for so many, to process? There are the staid, well-known answers: Misogyny; the obsessive devotion Allen has created in his staunchest fans; our general desire to sanitize the worst aspects of humanity by treating them as entertaining fictions, not everyday facts. “Allen v. Farrow” acknowledges those influences in the jeering dismissal that surrounded the Farrows’ allegations against Allen, but doesn’t settle for them.

Instead, it reflects on the complicated truth that no matter how thoroughly it lays out the prejudice informing the public backlash against the Farrows, that backlash will never go away.

There is a reason why the series’ title positions Allen as plaintiff, not defendant: Dylan Farrow made the allegations, but Allen walked away in the position of the party whose rights were violated. The pattern repeats: Dylan and Mia revive their allegations, even though they know they will suffer for it; Allen and his enthusiasts experience that choice as an intolerable personal blow; people are too complicated to be explained into submission. We like a saga of a woman seeking justice when it’s an elaborately choreographed pageant, not when it makes us think about the ways in which we ritually ensnare each other. “Kill Bill” finds resolution in a final spray of blood: Thurman’s deed is done, the stains will come out, life will move on to the next event.

It’s a clean story, despite the limbs it leaves strewn about. The real quest, “Allen v. Farrow” makes clear, is nothing of the sort. And we are still not ready — likely never will be — to contend with it.

Talya Zax is the Forward’s innovation editor. Follow her on Twitter @TalyaZax, or email her at [email protected].