In Tel Aviv, racial privilege gets a second look

We’ve seen this before.

A street scene. A young man finds his stolen bike and calls the police. They ask him to find the thief and he thinks he does. Within minutes, the life of a Black person is destroyed. It could be cellphone footage from anywhere in America. But it happened in Israel.

“White Eye,” Tomer Shushan’s 2019 film, recently shortlisted for the Academy Awards for Best Live Action Short, tracks the real-time fallout of a series of snap decisions made to reclaim a busted-up bicycle. The protagonist, a Mizrahi Tel Avivian, slowly learns the power he holds over an Eritrean refugee he suspects of stealing it. It’s a game of relative status that lays bare Israel’s racial hierarchy, in which undocumented African immigrants are near the bottom. Yet, it was events abroad that lifted the film to greater visibility.

“When Black Lives Matter started, the film started to get into more and more film festivals,” Shushan, 33, said from his apartment in Tel Aviv. “In Israel, I think people would understand more of the details, but that main story affects people from all over.”

Shot in one, tense take, “White Eye” has an immediacy that is at once universal and particular. It comes from a real place; Shushan was in his protagonist’s exact position, bike and all. The project of the short is to put viewers there — or have them consider a time they already were.

I spoke with Shushan, who is currently developing a TV detective series and planning to expand “White Eye” into a feature film, about the short, its relevance and what American audiences might miss about it. The following conversation has been edited for length and clarity.

PJ Grisar: First off, congratulations on qualifying. How did you learn that you made the shortlist?

Tomer Shushan: I was here in my apartment with the producer; it was 2 a.m. here in Israel. We just waited for the tweet to come up from the Academy Awards Twitter account. We kept refreshing the page, and then just by accident I went to see my emails and I saw that the PR company saw it first. They just wrote me an email, “we made it” with capital letters. And I just was in shock.

Where did the idea for the film come from? Had you been thinking a lot about the refugee situation? 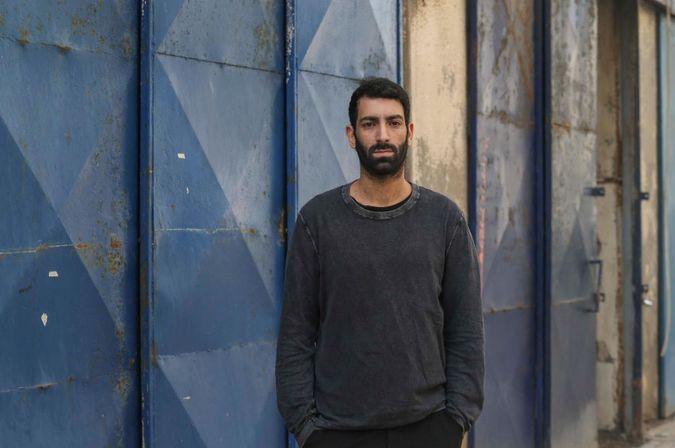 All my filmmaking life I was trying to tell stories about people from different social [backgrounds] or who come from different places and to see what their confrontation’s going to bring. Then the story of “White Eye” actually happened to me. I was in the shoes of the main character, trying to get his bike back in the middle of the street and finding myself about to destroy a young Eritrean guy’s life. It took me some time to understand what I was doing, but it was too late. In real life the story finished a bit better, but the feeling that I carried after and the horrible experience he’d been through because of the story made me understand that I had to make a film about it.

I’m glad that it had a better outcome in real life. Clearly this film has a lot to say to us here in America.

It’s really connected to the situation that’s happening there. The film made a really nice tour in the States, and I really feel that it’s connected.

I think there’s another dimension that we might miss in the States. Correct me if I’m wrong, but the main character is a Mizrahi Jew, is that right?

It is. My purpose was to put a Sephardic guy, Mizrahi guy as the white person. It’s something that is very new — it’s not the obvious thing. Mizrahi guys used to be in the place where they got harm from the white people, the Ashkenazi people. But our generation, my generation, is now in a different place and it doesn’t really matter that our parents felt this discrimination in the past. We continue it to other people, to lower and weaker layers in the society.

Going in I suspected that it was going to be a case of him not being ignored by the police based on his background — they might be suspicious when he said the bike was his.

I don’t know if you could understand it by the accent, but, one of the cops is a religious Jew, the other is Muslim. You could see the Muslim who is in the back and always does not have the upper hand in the situation and just is there to back up the Jews and is always on a lower stage.

Why did you decide to film it in one take?

That seems really ambitious. How many times did you have to rehearse?

We started rehearsals seven months before. We had money only to do it in one night.

The cast is great — are some of them unknowns?

It was very important for me to bring unknown faces. Personally I don’t like to watch films and to recognize people from other films. It sometimes ruins the characters for me. All the Israeli characters are actors or amateur actors. But all the refugee characters are really refugees and non-actors that I collected.

It must have hit close to home for them.

They really liked the script. Lots of filmmakers are trying to take people that they found in the streets and tell them “let’s do this and that.” But they really want to work on something that they believe in. And I think the difference is that in this film they’re not the poor guys, they’re the same. Everyone has the same voice.

In Tel Aviv, racial privilege gets a second look