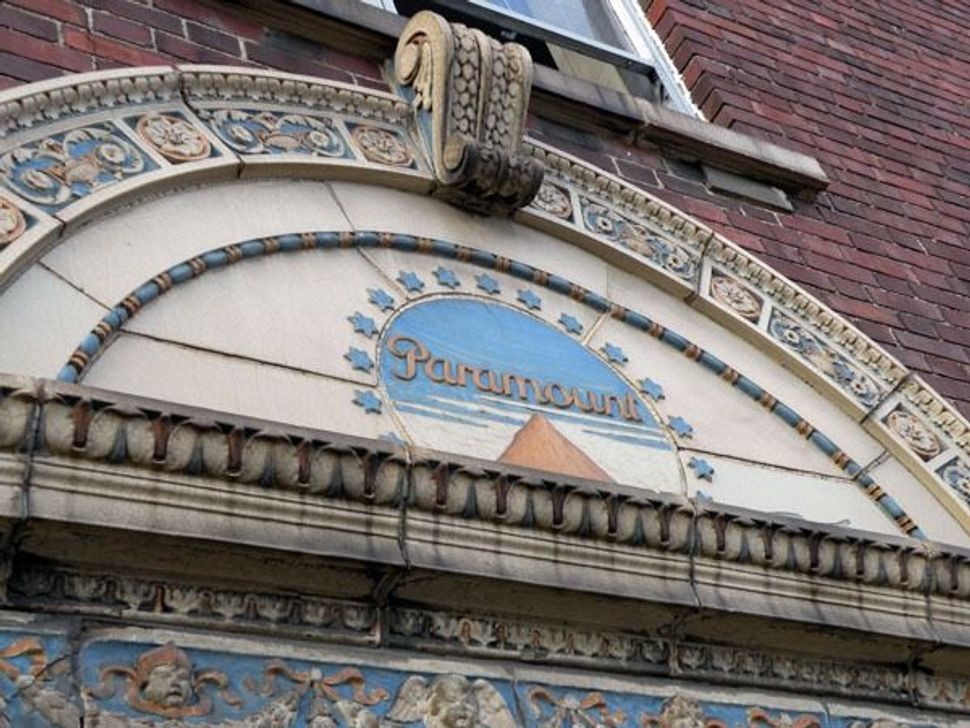 Because there is nothing new under the sun, we’ll be graced with a fresh take on “Frasier” (so, a reboot of a spinoff). The “Rugrats,” who briefly “growed up” will resume their place as perma-babies in a CGI re-imagining. Amy Schumer’s sketch show will return, the creators of the beloved animated series “Avatar: The Last Airbender” are developing a series set in the same universe. “Star Trek” will be blessed with a new animated iteration, hopefully a bit more aesthetically pleasing than the Filmation one from the ‘70s. Little is known about these productions at press time, but we already have notes.

In the interests of representation — and making up for the missteps of another entertainment giant which shall remain nameless — here are our requests for Jewish content from the promised series.

In “Frasier,” Freddy enters the rabbinate

Frasier’s son Freddy was an irregular presence on his father’s eponymous sitcom — he may have had more appearances on “Cheers,” when he was an infant. But the few times he showed up, he made a big impact. He was goth at Christmas, had an endearing crush on Daphne and became a man in the eyes of the Jewish community at his bar mitzvah, where Frasier accidentally gave the Baruch Shepetarani in Klingon. For the reboot, we propose that Freddy become ordained by the Jewish Theological Seminary and that Frasier, as is his wont with other cultures, be way too into it — like, to the point of making Freddy second-guess his decision. Mishaps should include a farcical go at catering a Yom Kippur break fast, in which Niles accidentally lights a tallit on fire, Frasier throws out his back practicing shofar blasts and Daphne mixes up meat and dairy plates. At least one interstitial card should say “Oy, my boy.”

It is a truth universally acknowledged among Millennial Jews that the “Rugrats,” pretty much by default, produced the best Jewish holiday specials on basic cable. Klasky Csupo has an obligation to keep the tradition going with their update. We want to see Stu grow an Omer beard. We need Angelica chewing scenery as Haman and Tommy calling the Purim scroll the “Megzilla.” Sukkot on the Pickles’ spacious lawn is a no-brainer as the babies cheerfully shake lulavs. In a very special episode, Chuckie confronts the loss of his mother by learning about the many tragedies suffered by the Jewish people on the Ninth of Av.

Remember when Chuck Schumer said Trump incited “erection” instead of insurrection and we all had a good laugh about it? What if that was actually a Baron Cohen-esque bit of showmanship meant for a regular feature on his second cousin’s new show. Each week in “Chuck Slipped Up,” Amy should play a highlight reel of the top Democrat making a gaffe on the floor of the Senate. He’ll wear his mask inside out. He’ll accidentally refer to Nancy Pelosi as “Mom.” It’ll lead to a raging online debate about just how staged these blunders are. Is Chuck really in on the joke? The segment will become so popular it will spawn regular remotes where Schumer and his former roommate Dick Durbin prank their colleagues during lunch breaks. Watch out, Leahy, they’re coming for you.

“Avatar” introduces Bagel Benders (or something)

The “Avatar” series is known for riffing on ancient cultures. The Air Nomads draw from the tradition of Tibetan monks. The Fire Nation is a stand-in for Imperial China. The Water Tribe are inspired by Inuit peoples. How about a group that, like, braids bread with their minds? Or “bend” the paper of their sacred texts during their fierce debates? No, wait. Maybe they are modeled off the Hasmoneans and are freedom fighters with… hammers or something? I need to workshop this — the Diaspora’s throwing me. I need a better vision board.