Previously on ‘Shtisel’: Catch up before Season 3 arrives on Netflix

A lot has happened since the last season of “Shtisel” aired in 2015. Season three — which is already airing in Israel, and will be available on Netflix March 25 — will pick up four years after the last season ended, but it’s hard to remember where we left off. Out here in the real world, we’ve gone through more than four years, and they’ve been jam-packed with the drama of the entire Trump presidency, elections, a year of pandemic and the sudden stardom of “Shtisel” star Shira Haas after the success of “Unorthodox.”

In short, there’s been a lot going on. So to make sure that you can make sense of the new season, here’s a quick recap of where we left off — and some of our best coverage from when “Shtisel” was last on the air (spoilers for seasons one and two ahead).

Set in a Haredi neighborhood in Jerusalem, the show centers on the Shtisel family, particularly the relationship between patriarch Shulem and his son, artist Akiva. Last season saw Akiva engaged to Libbi, his first cousin, but his continued desire to make art caused conflict with both Libbi and his father. In the season’s final episode, Akiva’s wealthy artistic sponsor helps him put on a show at the Israel Museum, the biggest museum in Jerusalem. Meanwhile, Shulem attempts to burn Akiva’s central portrait, which he believes is of his wife, but instead paints a covering over her hair. In the final scene, Libbi arrives at Akiva’s exhibit, and finds him in a reconstructed synagogue within the museum. They sit there together silently, the music swelling, leaving the viewer to wonder if they have reconciled.

In the other main storyline, Shulem’s daughter, Giti, had struggled to navigate her marriage with her husband, Lippe, who had left the Haredi community and was now trying to return. Her daughter, Ruchami — played by Shira Haas — was deeply affected by her family’s struggle and acted out, getting married to a poor yeshiva student named Hanina without telling her family. When Hanina moved to Tzfat to study, abandoning Ruchami, the family tried to get Hanina to give Ruchami a gett, or divorce papers, but the end of the season saw the two planning a proper wedding.

The trailer for the upcoming season, which came out Tuesday, shows Ruchami (Shira Haas) talking with Shulem about her hopes to get pregnant, patriarch Shulem being asked to retire and Akiva pushing a stroller — presumably he and Libbi made up and Ruchami’s marriage went off without too much of a hitch. 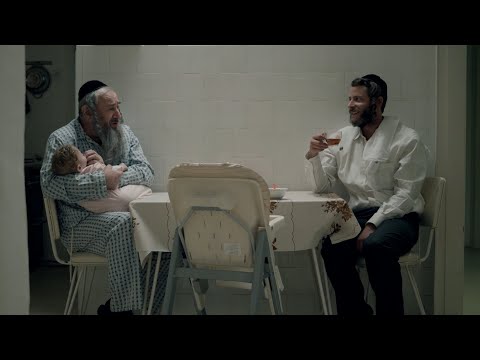 As you prep to binge all nine episodes of season three, catch up on our past coverage of the hit show.

One of the biggest draws to “Shtisel” is the insight it gives to the Haredi community, and the fact that it does not depict their lifestyle as something to be escaped — unusual in Israeli television.

Meet the cast of “Shtisel,” sans wigs and beards.

And hear the cast’s surprise at the show’s popularity in the US.

Finally, if you don’t mind some hints about what season three, get some insight into filming the most recent season from the writers and actors.

Previously on ‘Shtisel’: Catch up before Season 3 arrives on Netflix