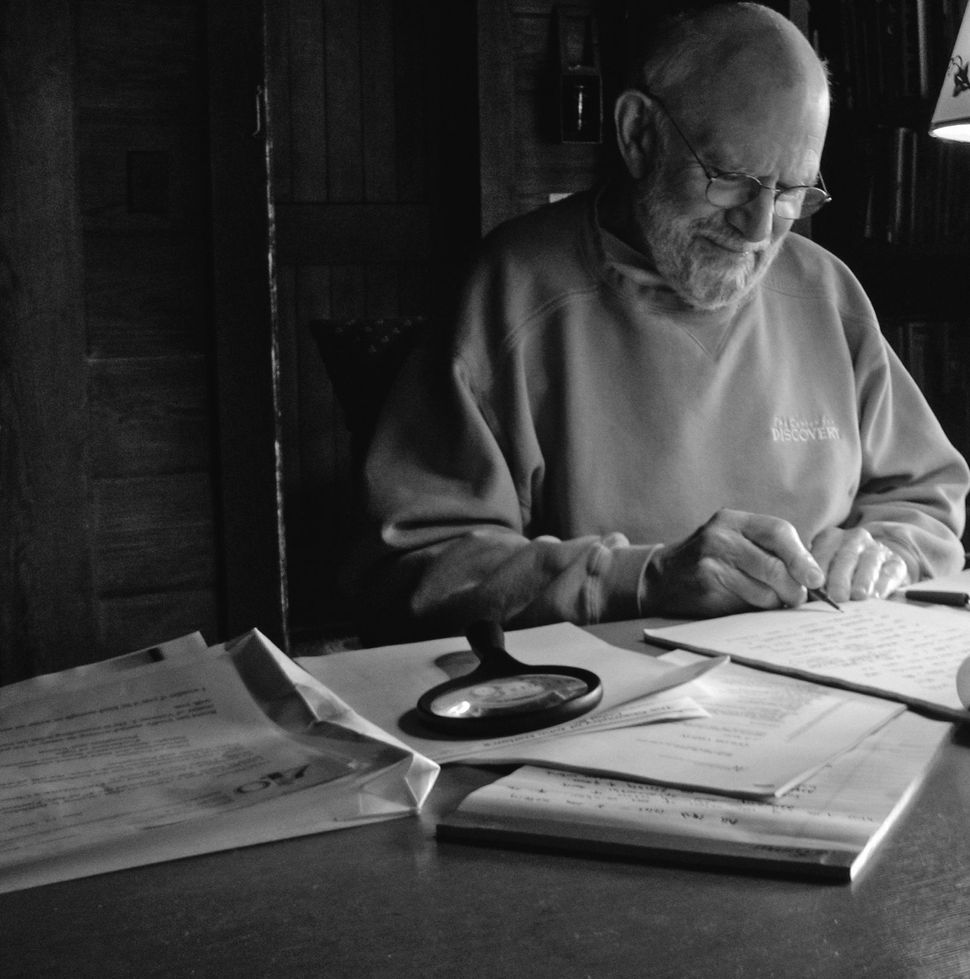 Writer’s note: Ric Burns’ “Oliver Sacks: His Own Life” premieres on television April 9 as part of PBS’ “American Masters” series. Republished below is an interview with Burns, originally published Sept. 23, 2020.

In 2015, shortly before he died at the age of 82, Oliver Sacks was eating from a Tupperware container of green Jell-O, when he decided to tell a room full of people something deeply revealing.

“Time was – it doesn’t occur now, but it used to occur until a few years ago – when I would wake up at night with an erection,” the legendary writer and neurologist said. “It was sometimes irritatingly persistent. And I would sometimes cool my turgid penis in orange Jell-O.”

The moment of extreme personal candor, captured for posterity in the new film “Oliver Sacks: His Own Life,” was typical for those who knew him best, but came as a shock to director Ric Burns who, like so many, mainly knew the man from his writing.

Sacks, almost certainly the most famous neurologist of his generation, cut a popular figure of staid, scholarly reserve through his prolific writing on the mind and accessible documentation of his patients’ case histories in books like “The Man Who Mistook His Wife for a Hat” and “Awakenings.” That public persona was true, but selective.

Sacks was polite, fastidious and doctorly. He was also a one-time suicidal amphetamine addict and a weightlifter who set a California state record when he squatted 600 lbs. He was gay and deeply scarred by his brother’s schizophrenic episodes during their youth. If you didn’t know these facts, it is no mistake. Sacks kept these matters private until the release of his memoir, “On The Move,” in the works before his terminal cancer diagnosis in late 2014, but rushed along to publication so that he might live to see its release.

Burns, who documented Sacks’ last six months, was surprised by what he learned of his subject. In Sacks, he found a man who operated in extremes, prompted by an intense, if privileged, upbringing and a constant struggle with himself.

Sacks’ journey was one accompanied by scorn, and later adulation, from the medical community, and by private demons finally exorcised in his last years. Through interviews with friends and colleagues and footage of Sacks at home and in clinic, the film draws out an uncommon narrative from a household name. Beyond that, it reveals how Sacks, by turning to medical history and taking risks with experimental treatments, revolutionized his field and advanced the popular understanding of an arcane science, all while revolutionizing the notion of neurodiversity and making the bestseller list.

Fittingly, Sacks’ final case study was his own.

I spoke with Burns, the director of “New York: A Documentary Film” and co-writer of “The Civil War” docuseries for his brother Ken Burns, about Sacks’ legacy, and what he thought of the whole Jell-O anecdote. The following conversation has been edited for length and clarity.

PJ Grisar: How did this project get started – it seems like Sacks was committed to telling his story both in his memoir and on film. Did he reach out to you to make this? 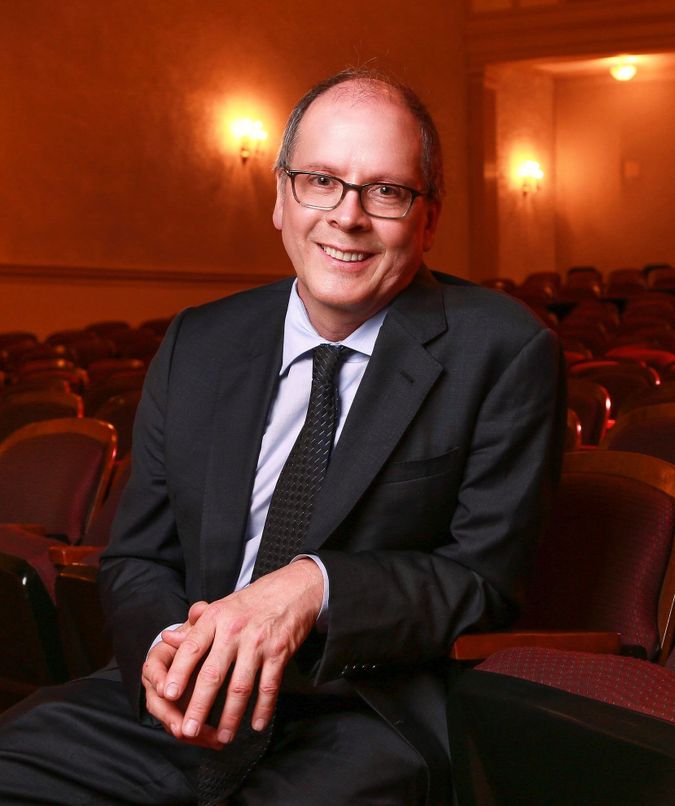 Ric Burns: That’s exactly right. By the end of 2014, he went with his partner Billy Hayes for a kind of Christmas-New Year’s vacation feeling a little out of sorts and went to the doctor and when he got back he got the bad news that he had a metastasized cancer in his liver and it was kind of manageable a little bit but not curable, and the doctor said he’d be gone in six months — which he was. Oliver was able to get the final book published in his lifetime. But he also wanted to talk on camera about who he was and his life and read some of this unpublished manuscript. The film emerged very suddenly through a friend of a friend. [The idea was] to come in and film the last six months of somebody’s life as they reflected on what 82 years had meant. A remarkable experience to be plunged into, obviously.

So you hadn’t known him before then?

No, I knew him the way all of us knew him, which is [as someone in his] wide circle of readership. [I had] the sense of this remarkable, empathetic writer, storyteller, case historian doing this amazing job of merging neurology, clinical or otherwise, with storytelling. I knew he was English. I knew he was Jewish and I suspected he did not believe in God, but I did not know anything else about him. That was pretty much the way Oliver wanted it until the very end.

Clearly there was a lot more to know that might surprise even his fans. What were some of the bigger revelations for you?

The complexity of his family circumstance — North London, upper-middle class family. Everyone’s a doctor in the family, except for his closest brother Michael, who was schizophrenic. Both parents are doctors. Wow. That’s unusual in the first half of the 20th century. His mother was probably the most distinguished obstetrical surgeon in England at the time, bar none. He’s the youngest, the baby. He has this extraordinary traumatizing experience during World War II where he and Michael are farmed out because of the Blitz and spend this Dickensian, harrowing time in a boarding school in the Midlands, which, Oliver was always convinced drove Michael to madness, and it might have been equally traumatizing to Oliver. And then the extraordinary trauma of his mother who loved him best repudiating him when he told her he was homosexual at 18. The story of his life is a person who is escaping home and himself for a great part of his life, who ultimately comes home again in multiple ways, metaphorically and finally comes around to find peace with all the things that tormented him most. Finally he got acceptance, and finally he met Billy, and finally, at the very end, he had the only satisfying, deep, reciprocated romantic and sexual relationship he ever had. He was celibate for 35 years — imagine that, from 1972 until he met Billy Hayes. That’s an unusual thing to find out about somebody when you meet them at 81.

On an interpersonal level was he how you expected him to be?

The “real” Oliver has a dimension and complexity and layers that you have never guessed at. One acquires an image of him from his writing of someone of infinite calm, wise, tranquil insight and empathy. And yet, that image itself required somebody of really headlong, almost reckless, inquisitiveness and drive, so that he was vastly more all-or-nothing, no middle-of-the-road. If you’re gonna eat, you’re gonna eat a ton, or he’s gonna starve himself. If he was gonna get on a motorcycle, he was gonna ride to the Grand Canyon and back from San Francisco. You [also] have a sense of someone of great fastidiousness, that he’s gonna hang back. And then BLARGH. Or he’s Jell-O.

The Jell-O story — of course I was going to ask about that.

I have never done a film before, nor will I make a film again which has the two words “turgid penis” in it. That’s not me saying that, that’s Oliver. So here’s a man who is extraordinarily circumspect who can just let it all hang out — literally. That takes reorientation.

You saw him with his patients as well. What was it like observing that?

It was so moving. We went with him to this institutional hospital residence in Queens called “Little Sisters [of the Poor],” and there he had an appointment with Mr. Capparelli, who was an older man who he had known for years, who had the same disorder that had frozen him neurologically as it had frozen his mother before him, and her mother before her. And there’s Oliver with his little white coat on, and Mr. Capparelli doesn’t know Oliver is ill. The nurse just kind of rolled him in. Oliver speaks Mr. Capparelli’s lingo completely; he doesn’t have any problem understanding him.

Oliver begins, with infinite tenderness, kind of holds his hand in a way that seemed like just a gesture of intimacy, but clearly, he’s also getting an extraordinary amount of information — the temperature of the hand, its mobility, its resistance. He wanted to know what Mr. Capparelli felt like, inside. Oliver was going to use every trick in the book he had to create data that would allow him to construct in his, Oliver’s, mind and heart, a sense of who this man was. Lawrence Weschler, the writer, Oliver’s close friend, said the question he was asking was “How do you be? How are you?” Most of us just say, “Hey man, what’s going on? How are ya?” It’s just one of those static communications that we use. For Oliver, it was the point of exchange to find out what was going on and to make a connection.

He’s someone whose influence has touched his field and the world of letters — he said on the question of whether he was a doctor or a writer first, “I am equally both.” What do you think his ultimate legacy will be? Or what do you think he wanted it to be?

I think he knew that the only immortality lay in the forms of continuity that any of us establish that go on after we perish. He did not leave that form of continuity called a child, and so therefore it was going to be in the thoughts and minds of people who knew him, but then, more broadly, of course, in his writing. I think in that respect it’s astonishing what he’s achieved. He made consciousness a central, inevitable subject to explore neurological study. He turned subjectivity back to the scientific data that it clearly is. And he did so very, very early while neurology and neuroscience was going in a completely different behaviorist and theoretical and quantifiable way, which is why he was excluded for so long.

I love this lesson which his life leaves us, as Lawrence Weschler put it, in that he gave a master class in how to die. What an extraordinary act of generosity — not unfearful, not without misgivings, but essentially so filled with both curiosity and gratitude. That peace he was able to make with himself lasted to the very end. He was writing two days before he died.

As Paul Theroux said of him, “I saw him 10 days before he died and I went up to his apartment. ‘I said Oliver, what are you writing about?’ And Oliver said ‘I’m writing about creativity.’” Come on. If we can’t in our COVID time take warmth and comfort from that, I don’t think we can take comfort from anything.

_PJ Grisar is the Forward’s culture reporter. He can be reached at Grisar@Forward.com.