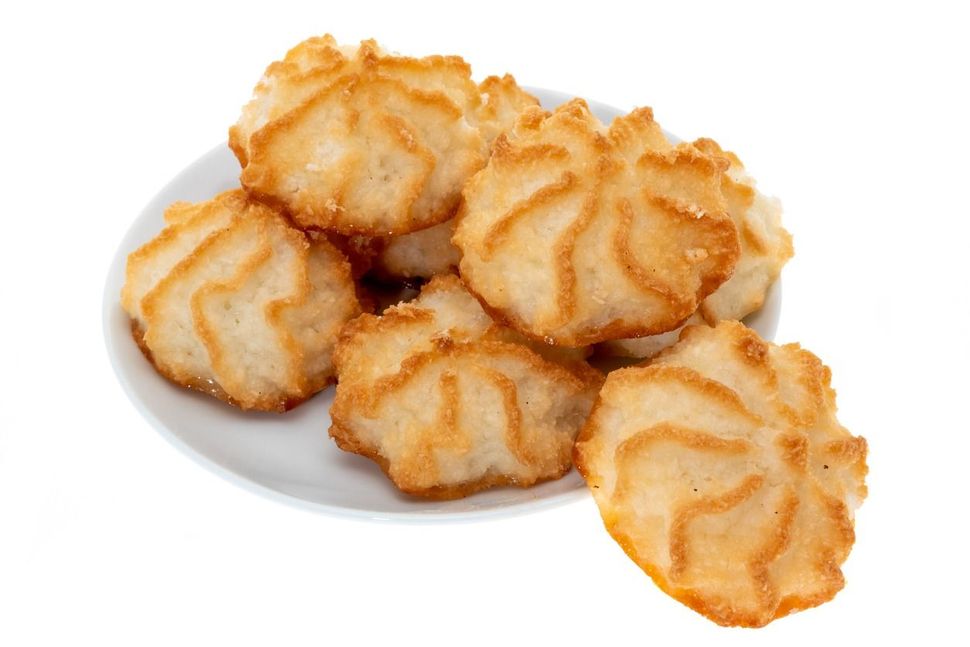 I grew up with no macaroons.

My mother was raised on almond macaroons that her grandmother made, but the experience was hard to replicate by the time I came around. “Every time I saw an almond macaroon, I bought it, but in bakeries you mostly only see coconut,” she told me. “It’s a travesty.”

This puts my family distinctly in the minority. According to the hard-hitting investigation I conducted via a Google form posted on social media, macaroons — coconut macaroons — are an iconic part of Passover for North American Jews.

It’s important to note that this has no bearing on whether people actually like macaroons; the devotion seems to come from tradition more than taste. Perhaps this is why my survey indicated that people preferred canned over fresh — they’re iconic, and remind people of their childhoods. Or perhaps the devotion to canned macaroons is why many of the respondents also waxed poetic about their disgust for the dessert. “Store-bought ‘chocolate’ is an abomination,” one respondent wrote.

Others were a bit more open-minded. “Completely depends on the macaroon,” someone said. “Some are dry, crumbly, and taste like something the Israelites might have found on the ground in the desert, shriveled from sun and covered with sand. On the other hand, some are moist, flavorful and I’d serve if Moishe Rabbeinu himself was at the Seder.” 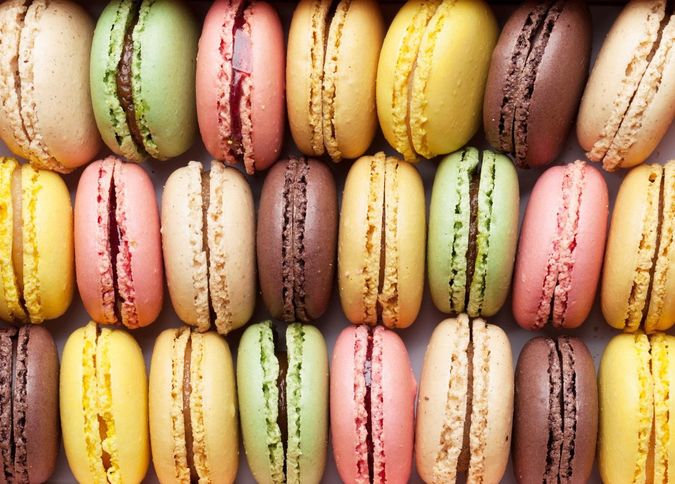 Some of my friends boycotted even the survey I’d posted, declaring that the only true macaroon is the colorful, almond based sandwich cookie of French origin, more often referred to in the U.S. as a macaron.

So, how did this divisive cookie become the dessert of choice on Seder tables? And, if macaroons can range from Laduree’s airy sandwich cookies to the canned Manischewitz variety, then what even is a macaroon?

The Fanny Farmer cookbook, published in 1857 in Boston and used as a culinary bible ever since, disagrees. “True macaroons are made of egg whites, sugar and almond paste,” declares the 1979 edition (though its actual recipe guiltily includes two tablespoons of wheat flour). “The Joy of Cooking,” another well-known American cooking encyclopedia, agrees that almonds are required for a true macaroon.

According to Tina Wasserman, Jewish food historian and author of “Jewish Entree: A Culinary Exploration of the Jewish Diaspora,” the original macaroons were indeed almond-based. Jews in Spain and France were known for using marzipan; the sweet almond paste was perfect for Passover, and is still eaten by Iranian Jews for the holiday. Adding egg whites to sweet almond paste gives you the flourless cookie we know as a macaroon.

This recipe sounds quite close to macarons, the colorful sandwich cookies made of meringue fortified with almond flour, and filled with jam or buttercream. I went through a phase of baking the finicky French cookies in college, striving to get the perfect puffed “feet” on my meringue discs and to prevent them from collapsing. But the delicate confections bear little resemblance to the cookies my mother grew up with, which are homely and chewy and made from the recipe on the back of the tub of Solo brand almond paste.

Any of these cookies, delicate or chewy, almond or coconut, would be kosher for Passover (minus Fanny Farmer’s sneaky two tablespoons of flour). But what makes them all macaroons? I struggled to find a straight answer. As far as I can tell, they all owe their existence to the centuries-old marzipan based cookie, and that’s about it.

While some sources I read said almond macaroons are a Sephardi Jewish custom and the coconut an Ashkenazi one, Wasserman, the food historian, said coconut macaroons are more North American than they are Ashkenazi. This may explain why my German great-grandmother made the almond variety.

An unexpected shipment of coconuts from Cuba in 1894 is largely responsible for the introduction of the ingredient to American cooking. A flour miller named Franklin Baker received the shipment of the nut as payment and had to develop a technique for shredding and desiccating the meat to keep his new bounty from rotting. He realized there was an untapped market, and transitioned his business away from flour, pushing his new coconut to home cooks.

While a recipe for coconut macaroons appears as early as 1871, in Esther Levy’s “Jewish Cookery Book,” Baker’s innovation made it more accessible, and it began truly catching on in the 1930s, spurred by an interest in “exotic” flavors.

“Coconut was then introduced more into American cuisine,” Wasserman said. “It would be too expensive for a commercial company to make their macaroons totally from almond, and they wouldn’t hold up well. Whereas coconut holds up well, doesn’t get rancid, keeps its shape.”

The food historian guessed that Manischewitz was responsible for the big pickup of the coconut macaroon, understanding how to commercialize it. Seidman, my contact at Manischewitz, concurred: “The matzah production we see now was invented by the founder of the company, so that was revolutionary. So it’s kind of in the brand’s DNA to keep innovating and being a food trendsetter.”

When you think of American food, you often think of processed foods — Wonder Bread and McDonald’s and Fruit Loops. So it makes sense that the American Pesach table is dominated by a cookie that was popularized because it could be processed and sold in bulk.

The same drive for consumerism and novelty is likely responsible for the proliferation of exotic macaroon flavors that can now be found on supermarket shelves around Passover. The Manischewitz site features flavors such as red velvet cake and pistachio orange; both the cappuccino chip and the rocky road flavors got several shoutouts in my survey. Manischewitz has even come out with an Earl Grey flavor — very boutique. All are still made with the classic coconut base.

While the options for non-macaroon Passover desserts have also expanded significantly — as processed options go, there’s the gummy fruit slices a friend referred to as “radioactive,” as well as a wide range of cookie and cake mixes that are kosher for Passover, including a coffee cake mix that both Wasserman and Seidman, the Manischewitz rep, referred to as having a “cult following” — Manischewitz says the macaroons are still their bestseller, with the classic coconut and chocolate flavors winning the lion’s share of the market.

This doesn’t seem to be because they taste good. “The first one is delicious, and every one after makes your mouth feel progressively more gross,” one survey respondent wrote. But they are unavoidable; in my survey, I asked if anyone bought a can of macaroons each year despite hating them, and most people said yes. “I feel very strongly that I hate macaroons but they are still iconic,” Eliana Willis commented.

As for the future of other macaroons — the fancy almond kind — on American Seder tables, Staidman at Manischewitz was coy. “Not yet. Not yet, is what I’ll say. Stay tuned.”

If you’d like to share your own strong opinions on macaroons, and contribute to this important investigation, please do so below.