Work-from-home veteran David Laskin on writing through the pandemic 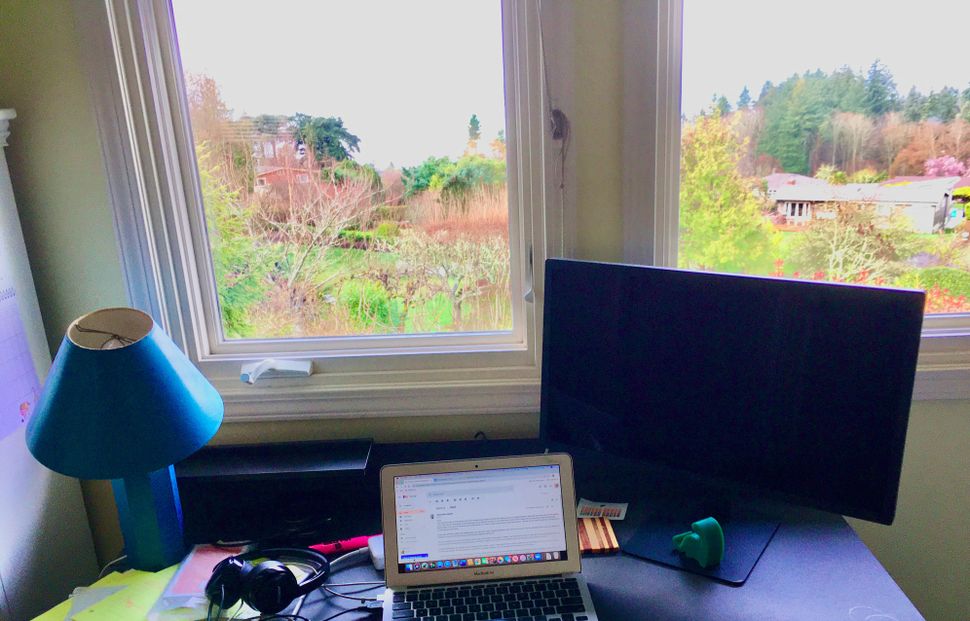 While chatting with the author David Laskin I occasionally glanced over at my window, where a few ailing succulents liven up the gray apartment blocks on view outside.

Laskin was doing the same, but he had a better excuse: His home office in Seattle, Washington looks out on the Puget Sound, with cloudy views of the Olympic Mountain range.

A veteran freelancer who last held an office job in 1979, Laskin is one of the few among us who needed absolutely no preparation to work from home during the pandemic. From his perch in the Pacific Northwest, he’s churned out journalism (including, disclaimer, with the Forward) and narrative nonfiction — most recently “The Family,” an account of his maternal ancestors who (among other accomplishments) founded the Maidenform bra company.

But we’d convened to talk about Laskin’s first foray into fiction. Set in 1970, his recently-released young adult novel, “What Sammy Knew,” has deeply personal roots. Laskin spent years researching Ethel Foreman, the Black housekeeper who raised him and his brothers, hoping to write a nonfiction account of her life. Confronted by a lack of primary sources, he decided to fictionalize it, telling the story through the relationship between the titular Sammy and his family’s live-in maid, Tutu. When his parents unceremoniously fire Tutu, Sammy abandons his comfortable Long Island suburb in protest. Plunging headlong into Manhattan’s roiling youth movements, he intersects (somewhat improbably) with landmark events like the Weather Underground’s bomb factory explosion.

Studded with Greenwich Village streetscapes and Doctorow-style cameos by the likes of Andy Warhol and Patti Smith, the novel is an elegy to 1960s counterculture. But it’s also a skeptical look at the oft-vaunted Jewish liberalism with which both Laskin and Sammy grew up. Even as he revolts against his parents, Sammy clearly sees himself as Tutu’s savior. And his comrades, most notably the aspiring firebrand Kim, are interested in revolution out of a desire for street cred, rather than a genuine investment in social justice. Only once his behavior puts Tutu in danger does Sammy wake up to the privileged vantage point from which he’s been playacting with revolutionary politics.

I chatted with Laskin about writing routines, reexamining the 1960s, and doughnut carts. 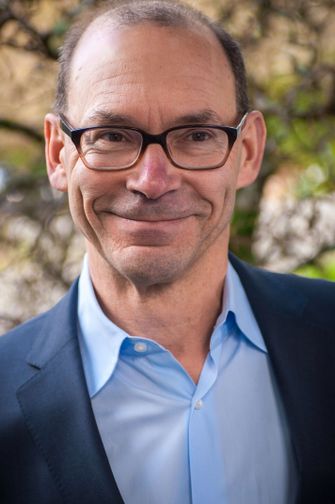 His routine: I always try to do the hardest thing first. So I’ll work on my fiction in the morning, say from 9 o’clock to 1. Then I try to hit the pool, get some exercise. After lunch, I generally do research related to the current project, or I’ll work on an essay, or I’ll go back and revise the fiction I’ve been doing. The only time I conform to what readers and moviegoers think of as the “life of a writer” is when I’m doing a travel story.

His pandemic hobby: I started gardening with my dad when I was about three. I’m one of four brothers and the other boys didn’t care. At this time of year I grow leafy greens: lettuce, chard. I’m starting beets and turnips, and eventually I’ll grow some tomatoes. It’s something that goes really well with my writing process. I’m not the kind of person who sits at a desk for four hours straight: I get up, I wander around, I go to the garden, I pull a few weeds, I come back, I write a few more sentences. I’m usually still processing my paragraph, what the character’s thinking, while I wander around.

What freelancing taught him about WFH: As a freelancer, I generate the work. I’m used to that: sending out pitches, contacting editors to see what they’re interested in. If you sit there waiting for the phone to ring, you’re going to wait for a long time.

What he misses from office life: The doughnut cart would appear around 10 o’clock every morning, and that was nice.

What he needs in his workspace: Quiet, obviously. A dictionary is also helpful to have. I don’t read that much poetry now, but I frequently find myself flipping through my poetry books for a line, for a citation, for a turn of phrase. I know some writers who write with music in the background, but I can’t. I need to hear my writing in my head, almost like music, and if there’s anything going it interferes with the rhythm of the prose.

On switching from nonfiction to novels: It was very hard. After “The Family,” I really had trouble finding a subject. I found that after researching and writing about the Holocaust, I was numb; I couldn’t get that interested or involved or curious about any other subject. That period ended when I became fascinated with Ethel’s life. I was 10 when she died, so I remembered some things about her but knew nothing about her past. I put the research skills I’d acquired from “The Family” to work on her life: I traced her ancestry two generations back into slavery, I tracked down the last slaveholding family and talked to a descendant of theirs.

But when I sat down to write, I still didn’t have enough to fully flesh out the character. The real Ethel was very reserved and reticent. There were no letters, there were no diaries, there were no living descendants. I had the voice but I didn’t have the words. In the end, it was literally one of those light bulb moments: I was walking the dogs, it was a dreary winter day, I was kind of down, and I thought, “I’ll do it as a novel.” 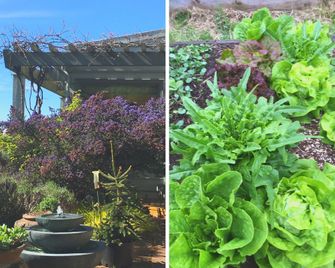 Laskin has long cultivated a garden at his home in Seattle, Washington. Image by Courtesy of David Laskin

”Slapping” himself into fiction: When I first started writing “Sammy,” it came out very much like my nonfiction. One morning I took down five or six novels I love — especially ones that have young protagonists, like “The Whistling Season” by Ivan Doig — to jump-start the process. I wanted the history and the sense of momentousness to come out not through “Professor So-and-So said 1970 was a watershed year for radical politics” but to show kids going through that. It took a lot of slapping myself in the face to keep from slipping back.

On Jewish liberalism in 1970: In the early days of the Civil Rights Movement, Jewish liberals were very involved. But there was a self-congratulatory, unconscious racism that a lot of Jews harbored without realizing it — like the famous Leonard Bernstein “radical-chic” fundraiser for the Black Panthers. I wanted to address that, the unmasking of Jewish liberalism as being more condescending than many Jews would have been comfortable with.

On reexamining his youth: Many people I knew growing up in Great Neck — an upper-class, predominantly Jewish community — had live-in Black servants. And they would say, “Oh, they’re just part of the family.” We said that about Ethel. It’s crap. They’re not part of the will; when they get sick, they don’t get a pension. With Ethel, I felt that we had this kinship. But I don’t think, as a child, I plumbed the depths of how complicated that equation was. And how, from her point of view, being told that you’re family when you have all the obligations and none of the privileges is a demeaning and limiting definition.

Why he chose to write for young adults: What I really came to like about YA is the kind of boldness and vividness of the characters, their eagerness to grapple with big issues. I love that in a YA novel, two kids can sit down and say, “Do you believe in God?” “How do you justify your actions?” In an adult novel, all of those questions may be present, but characters may not confront each other that baldly.

Work-from-home veteran David Laskin on writing through the pandemic