At the Jewish Museum, the midcentury feels very, very modern 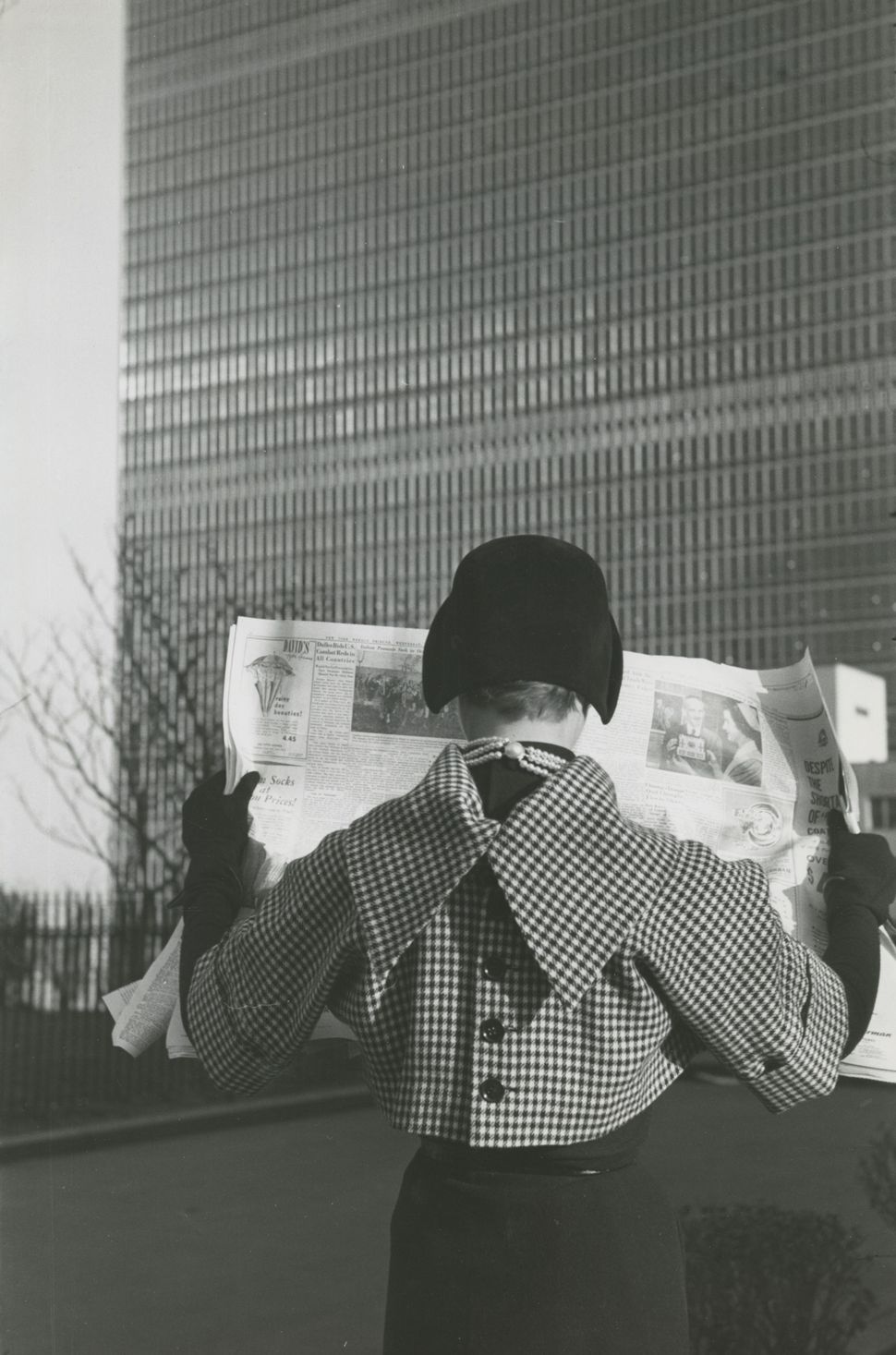 I arrived at “Modern Look,” the Jewish Museum’s newest exhibit, ready for what it promised: a bird’s-eye view of midcentury magazine photography. But I was preoccupied, as I have been for weeks, with a very different media moment.

The recent documentary “Framing Britney Spears,” which showed how exploitative coverage eroded the singer’s mental health, has prompted a collective double-take at the media culture of the 2000s, when body-shaming, hypersexualization, and pointlessly cruel takedowns ruled the day. We may associate those tactics with tabloids, but they were also on display at prestige magazines: One particularly leering piece that resurfaced in the film’s wake was a 2004 Rolling Stone profile of Lindsay Lohan, which started out by assuring the reader that the 18-year-old’s “breasts are real.”

Revisiting that era, which now seems like a nadir in mass media, has elicited widespread disgust — and not just with bad apples on certain mastheads. After all, magazines produce what they believe readers want. It was our appetite for this prurient, venal coverage, our eyes on the page and our subscription dollars, that allowed it to persist so long.

If the photographs and images in “Modern Look” are hardly tabloid fodder, they did appear in widely popular magazines, from Life and Look to Vogue and Harper’s Bazaar. Yet they cater to an entirely different set of appetites: for aesthetic innovation, for emotional interiority, for social change. While showcasing some of the period’s most elite, innovative artists, the exhibit presents a vision of accessible and invigorating mass culture that couldn’t be more relevant today. 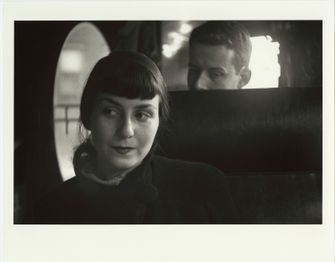 Like the best of the Jewish Museum’s offerings, “Modern Look” finds its roots in Jewish creators but eschews any kind of parochial limits, stretching to include topics like civil rights, feminism, and postwar consumerism. Its tale begins in Weimar-era Germany, where Nazi crackdowns on modernist and supposedly “degenerate” art drove Bauhaus artists and designers, many of them Jewish, to America. There, many found employment and artistic platforms in popular magazines: Austrian émigré Cipe Pineles worked at fledgling women’s magazines like Glamour and Seventeen, while Alexey Brodovitch imported his European training to Harper’s Bazaar. These outsiders then hired overlooked artists, like Gordon Parks, the first Black photographer for Vogue, and pioneering women like Francis McLaughlin and Lisette Model.

What ensued was an era of exuberant boundary-pushing, which you can see in covers of trade magazines like Fortune and Scope (a pharmaceutical publication). Zine-like and often abstract, these images don’t lend themselves to easy interpretation. Museumgoers without an art background (so, most of us) will need wall text to make sense of them, and they must have been challenging to contemporary readers. But their existence testifies to a collective desire to challenge and be challenged, a belief that art belongs in ordinary places and that ordinary people, confronted with art, will appreciate it. 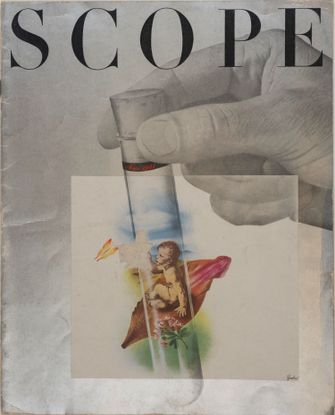 A 1941 cover of Scope designed by Will Burtin.

When it comes to the fashion photography that constitutes much of “Modern Look,” there are plenty of unsurprising images: svelte, impassive women posed in wide-brimmed hats or impossibly cinched suits. Yet the exhibit also surfaces visions of femininity that would seem novel on a magazine page today. Model’s lively snapshot of a plump bather lounging in the Coney Island surf is a moving counterpoint to a magazine culture that, then as now, prized thinness. (The caption, which puns on the word “gigantic,” did not age as well as the photo.) Nearby, another piece shows a bejeweled older woman reclining at a gala table, smoking a cigarette while a shadow man, his face obscured, caresses her cheek. Aging, here, isn’t something to be endured or avoided. Instead, it’s an indulgent experience in and of itself. 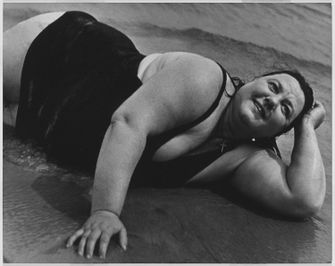 That’s not to say the world evoked by “Modern Look” is a utopian one. Capturing the accouterments of wealth, these fashion spreads evoke an American experience inaccessible to most. Almost every single model is white. In fact, the only subjects of color appear in a section on Civil Rights Movement photography. Many of those images will look familiar, because you’ve probably seen them before — they’re among the most emblematic of their era. The exhibit highlights Gordon Parks’ indelible portrait of a Black woman standing outside a department store’s “colored entrance,” as well as his surreal series inspired by the Ralph Ellison novel “Invisible Man.”

These images achieved as much success as photograph can. They reached millions of eyes, became symbols in our public imagination, and likely helped abolish some of the injustices they documented. Sobering as they are, they evince a sense of optimism about the ability of art to effect social change. Viewing them from an era in which the remnants of Jim Crow are very much with us, it’s hard to not to respond with cynicism to that belief

Midway through “Modern Look,” an unassuming diptych offers a behind-the-scenes look at two featured artists. One, taken by Parks, shows McLaughlin photographing a model outside Hunter College, her sturdy body forming a tripod for the camera. In the other, McLaughlin captures a dapper Parks consulting with the model between takes. Looking at them, I remembered the magazines I flipped through as a child in the supermarket checkout line: The “Hot or Not” lists, the patches of cellulite circled in merciless red ink, the paparazzi snapshots of Britney Spears, clearly distressed, stumbling out of a limo. Though those magazines catered to my worst impulses, though I might have been a little embarrassed to read them, nothing felt more normal to me. That was the way things were.

But watching Parks and McLaughlin at work, I admired not just their artistry but their faith in the audience who waited for the images they would create, who would appreciate them, who deserved trips to the supermarket punctuated by encounters with art. Normal, I remembered, is what we make it.

At the Jewish Museum, the midcentury feels very, very modern