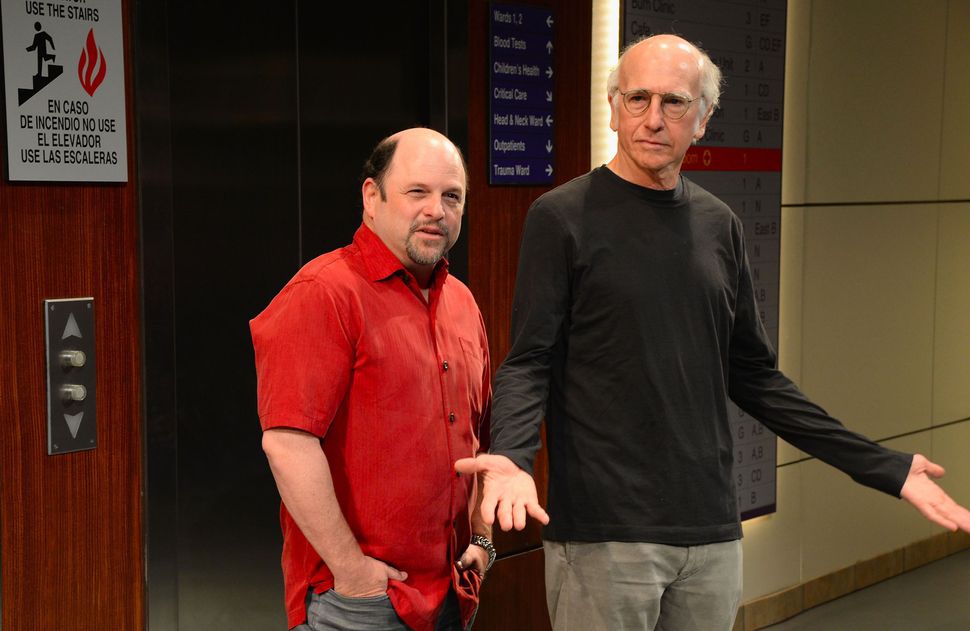 Of the many victims of Bernard L. Madoff, the Ponzi scheme mastermind who died in prison April 14, was a visionary entrepreneur: George Costanza, whose app, iToilet, directed its user via global positioning technology to the nearest acceptable public toilet anywhere in the world. Or so runs the plot of the fictional “Seinfeld” reunion.

In Season 7 of Larry David’s “Curb Your Enthusiasm.” which aired in 2009, the year of Madoff’s conviction, we see the closest thing we’ll ever get to an encore from the cast of “Seinfeld.” In the show within the show, we catch up with the core quartet over a decade later and learn that George’s finances plummeted after investing with Madoff.

“Why did you have to give it all to that crook Madoff?” Jerry asks George of his lost iToilet fortune.

Kramer piles on: “How could you be so fiscally irresponsible?”

It gets a laugh, but of all the things we can make fun of George for, this is really low on the list. Many lost their livelihoods to Madoff’s scheming. In hindsight, it’s easy to go after George for opening his wallet, but that doesn’t mean it always looked like bad judgment.

Thousands of investors — many of them elderly, not all of them rich — yielded their savings to Madoff. A number of legacy institutions were tied to his enterprise and if they lost money, they also lost innocent employees. George may have been capable of falling for an upstart conman, but that was never Madoff’s game — the guy operated the largest Ponzi Scheme in history. You don’t get a 150-year sentence if you’re not convincing.

But that’s just the twisted logic of “Seinfeld,” where a toilet detector (who knows how that would even work) is a stroke of genius, and trusting a guy who made people money for a very long time makes you a putz.

George deserves ridicule for his entire way of being — an id-driven existence dictated by warped social rules. He’s worthy of scorn for the ways he refuses to follow the trends of society. He shouldn’t be slammed for doing what so many others did, especially if he knew nothing about Madoff’s machinations. Knowing George, he was in the dark.

But, if we have to laugh at anyone’s losing money to Madoff, better for it to be George, who is fictional and would probably blow his millions on something stupid like wall-to-wall velvet anyway.