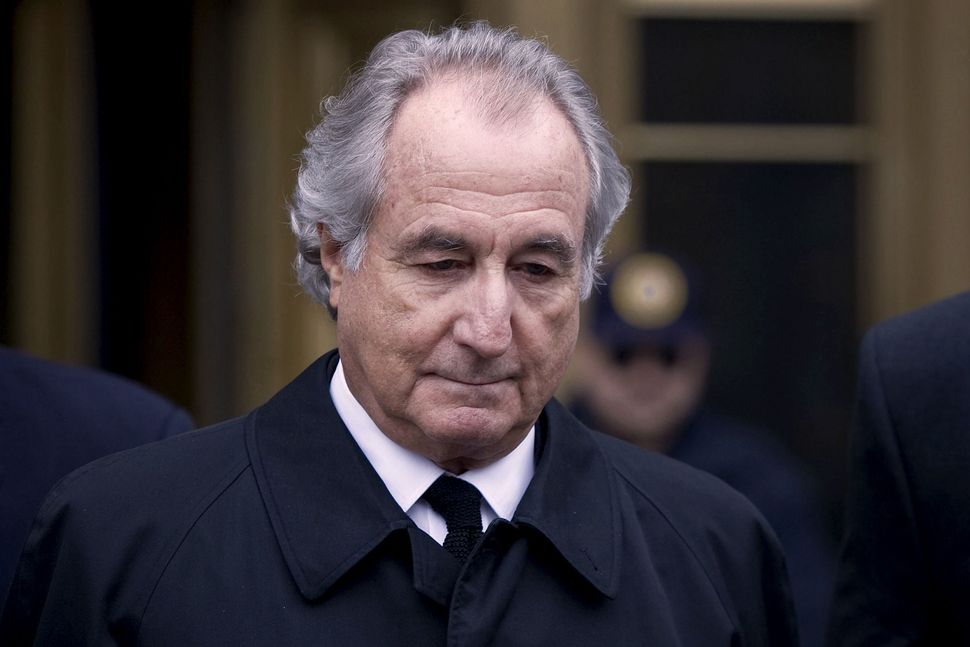 Say what you will about Bernie Madoff, he made news. Given that his crimes had an inordinate effect on the Jewish world, the Forward was at the frontlines of much of the coverage. Here is a guide to some of our reporting on the infamous financier, who died in prison April 14 at the age of 82.

We reported how news of the Wall Street trader’s 2008 arrest shook the world of Jewish philanthropy.

Philanthropic organizations were still reeling from the scandal a year later. And six years later too.

We unpacked the byzantine particulars of restitution for the victims — and covered the long process of recouping their losses.

And we heard their voices.

But we also looked to the man, asking who he was and even wondering if he was, in fact, a scapegoat.

We covered the trial and the halacha of it all.

As Madoff was convicted and his victims saw some justice, the culture at large remained rivetted by the cause célèbre. In 2009, we chronicled the many cultural responses. We later covered how offstage drama surrounding Elie Wiesel and the financier loomed over a play premiere. In theater and film, 2013 was the year of Madoff and in 2017, when Robert DeNiro played him on HBO, the daughter of two of his victims gave her review.

Madoff’s story was ultimately a human one, and not without its tragedy. His sons Mark and Andrew both died before him.

His wife, now widow, Ruth, led a lonely life after his conviction. And our columnist wondered if she deserved sympathy.

But in our reporting, the Forward found that for all his infamy, Madoff didn’t act alone.

His actions rocked well-known Jewish institutions, from Hadassah to the AJC and fueled antisemitism.

Jews felt betrayed by Madoff. He insisted he didn’t betray them. But it’s impossible to betray someone from the outside. It’s undeniable that he was one of us.