Charities Hurt by Madoff May Have To Return Funds 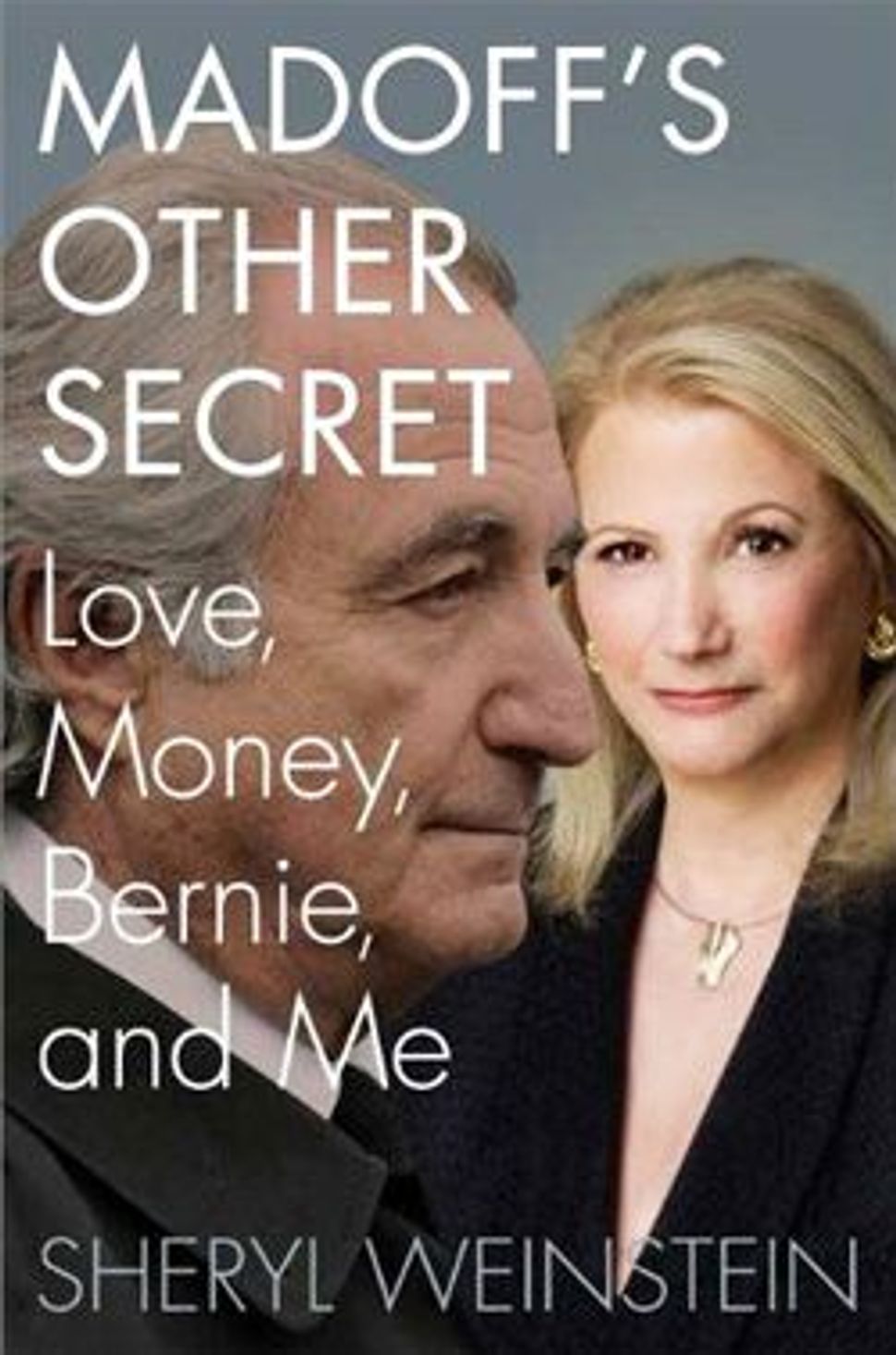 The Other Woman: Sheryl Weinstein?s affair with Bernie Maddoff is raising questions about her former employer, Hadassah.

The battered image of Hadassah, the American women’s Zionist organization, may be harmed further by the disclosure earlier this month that its former chief financial officer was a mistress to Bernard Madoff — even as she sat on the committee that invested the charity’s funds with Madoff’s $50 billion Ponzi scheme. 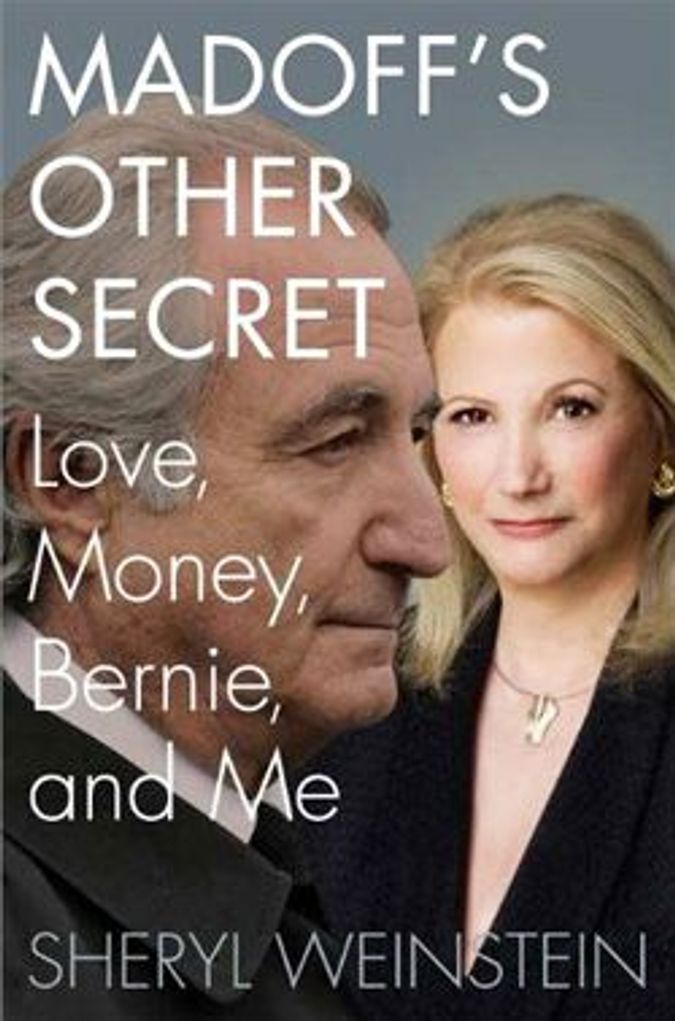 The Other Woman: Sheryl Weinstein?s affair with Bernie Maddoff is raising questions about her former employer, Hadassah.

But worse news may yet be in the offing.

Beyond the millions the organization reported losing with Madoff, Hadassah — and possibly other charities — may be required under a federal law to give back millions of dollars taken out of Madoff accounts, even before his firm collapsed.

The trustee in charge of recouping Madoff’s ill-gotten assets on behalf of all of his victims has pointedly refused to rule out this possibility. And a specter is haunting the halls of some of the Madoff non-profit victims — the specter of clawback.

“I have a statutory duty to treat fairly all customers, and part of that duty requires pulling together the largest possible fund of customer property from which to make payments,” said Irving Picard, the court-appointed trustee for the liquidation of Bernard L. Madoff Securities, LLC, in a May conference call with reporters.

Tasked by a federal judge with recovering as much of Madoff’s assets as possible, Picard may seek to claw back funds from charities that reaped a net profit over the lifetime of their investments with Madoff. It is a power he has under federal law, with any recouped assets then going into a pool to be distributed to all of Madoff’s victims.

Hadassah, best known for building hospitals in Israel, is reported to have withdrawn more than $130 million over the lifetime of its Madoff account, based on its principal investment of $33 million, plus $7 million in Madoff funds that a French donor transferred to Hadassah.

In his public statements, Picard has left open the possibility that he will seek to recoup funds from charities that profited from their association with Madoff or Madoff feeder funds. Such an action would not require proof that the investor acted improperly, or even had knowledge that there was anything amiss. The charities’ “profits” are instead understood to be nothing more than money Madoff took from other investors. In such cases, the investors can be forced to return the value of any withdrawals made during the previous six years, which is the statute of limitations in New York. There is little legal recourse.

So far, the only claims that have been brought against charities in the Madoff affair have been related to accusations of wrongdoing. The Picower Foundation, which funded Limmud NY, the Jewish Outreach Institute and other initiatives, has been named as a co-defendant in a suit filed by Picard against its founder, Jeffrey Picower. The suit alleges that foundations officials “knew or should have known” that Madoff’s fund was a fraud.

Picower denies the charges. The foundation itself closed due to its losses with Madoff’s collapse. Stanley Chais, whose Chais Family Foundation also shut down after losing millions to Madoff, is the subject of a similar lawsuit, which he is also fighting, brought by the Securities and Exchange Commission.

But Picard has hinted strongly that his efforts will not be restricted to alleged wrongdoers.

“I have a statutory duty to … investigate and, where appropriate, go to court and seek to recover from persons or entities who recovered more than their fair share,” Picard told reporters in his May conference call. Charities invested with Madoff “will be reviewed, and we will then make determinations,” he said, though he ruled out going after charities with few assets “where it’s clear we’re not going to make any recoveries.”

In an e-mail, Kevin McCue, a spokesperson for the trustee, said, “Mr. Picard does not disclose which entities or types of entities he will attempt to recover money from.”

Among those Jewish organizations that lost investments in Madoff or Madoff feeder funds and could be reached this week, there was reluctance to address the possibility of clawbacks. While some organizations, including the American Jewish Congress, American Society for Technion-Israel Institute of Technology, and the Jewish Community Foundation of Los Angeles, reported that they have not withdrawn amounts in excess of their principal investment, others refused to comment.

Bruce Bobbins, an external spokesperson for Yeshiva University, was unwilling to comment on whether YU had withdrawn more than the amount of its principal investment from its accounts with the Ascot Fund, a Madoff feeder fund. The Ascot Fund was run by Ezra Merkin, the chairman of the school’s investment committee. YU’s principal investment of $14.5 million had reached a purported value of $110 million by the time the scheme collapsed.

The Manhattan Jewish high school Ramaz, the Elie Wiesel Foundation for Humanity, and the Riverdale Jewish day school SAR, all of which lost money in the Madoff scheme, were also unwilling to comment.

At Hadassah, questions now also swirl around Sheryl Weinstein, the charity’s former chief financial officer, who announced that she had been having an affair with Madoff when Hadassah’s investments were made. Ms. Weinstein, who also had personal funds invested with Madoff, has come forward with a tell-all book, which, according to the Daily News, includes intimate details about Madoff’s sex life.

William Josephson, a retired partner at Fried Frank who ran the New York State Charities Bureau from 1999 until 2004, says that clawbacks of net profits from Madoff aren’t the only sorts of legal actions about which charities should be worrying. “If a charity invested directly with Madoff, and its auditors never did the elemental verification of the value of its assessments, there is a question as to whether or not it is truly innocent or in fact failed to follow due diligence standards,” he said.

In such a case, Picard could go after money the charity withdrew, even if it did not exceed what was invested. But unlike clawbacks of net profits, these actions would require a finding of negligence by the charity and could be fought in court.

Picard has wide legal discretion in deciding how to pursue Madoff funds. “The trustee has a legal obligation to maximize the estate,” says Eugene Licker, co-chair of the White Collar Criminal Defense practice at Loeb & Loeb, who is representing Stanley Chais in his suit with the SEC. “But that has to be tempered with the exercise of discretion and humanity,” he said. “If I were representing Hadassah, I would emphasize the exercise of discretion and humanity.”

Authorities on non-profits and non-profit ethics contacted by the Forward generally concur that, barring fraud, charities like Hadassah, which profited inadvertently from Madoff’s scheme, aren’t bound by an ethical responsibility to return money to be redistributed among the rest of the victims.

“I’m not sure that it poses an ethical dilemma for the charity that acted in good faith,” said David Mersky, a lecturer in Jewish philanthropy and fundraising at Brandeis University’s Hornstein Program in Jewish Professional Leadership. “I wonder if, in fact, the clawaback is reasonable [for such charities] when you put it on ethical or moral grounds. The law may have a different point of view. But the question is, does Hadassah have an ethical responsibility to return the money, and it would appear to me that that’s not the case.”

Mark Charendoff, the executive director of the Jewish Funders Network, argued that the charities shouldn’t be asked to forgo the interest that their principal would have otherwise earned during that time period. “I don’t think it’s fair to say to a not-for-profit that you should forgo the opportunity cost that this money represented,” he said. “Not everyone’s claims can be satisfied. How do you weigh opportunity cost for a not-for-profit versus the lost principal that someone else invested and is not getting back? Whose money do we assign more value to, and what’s the formula by which the state fairly allocates that money?”

Of course, the charities in question invested with Madoff in no small part because the returns they received over time far exceeded anything they could have hoped to get elsewhere —at least until they turned out to be fictitious.

“I don’t have an answer for you,” Charendoff said. “On the one hand, it’s easy. Because one would develop a mathematical formula and say for every dollar you put in, and for every year it was invested, you’re getting x amount of cents back. But for instance, for a not-for-profit, that’s money that’s being spent in the public interest. So does the state have the right to say that we’re going to favor those dollars over the dollars of other individuals because they’re being allocated in the public good? I don’t know what the answer to that is.”

Charities Hurt by Madoff May Have To Return Funds