Why is late-night TV still a no-woman zone 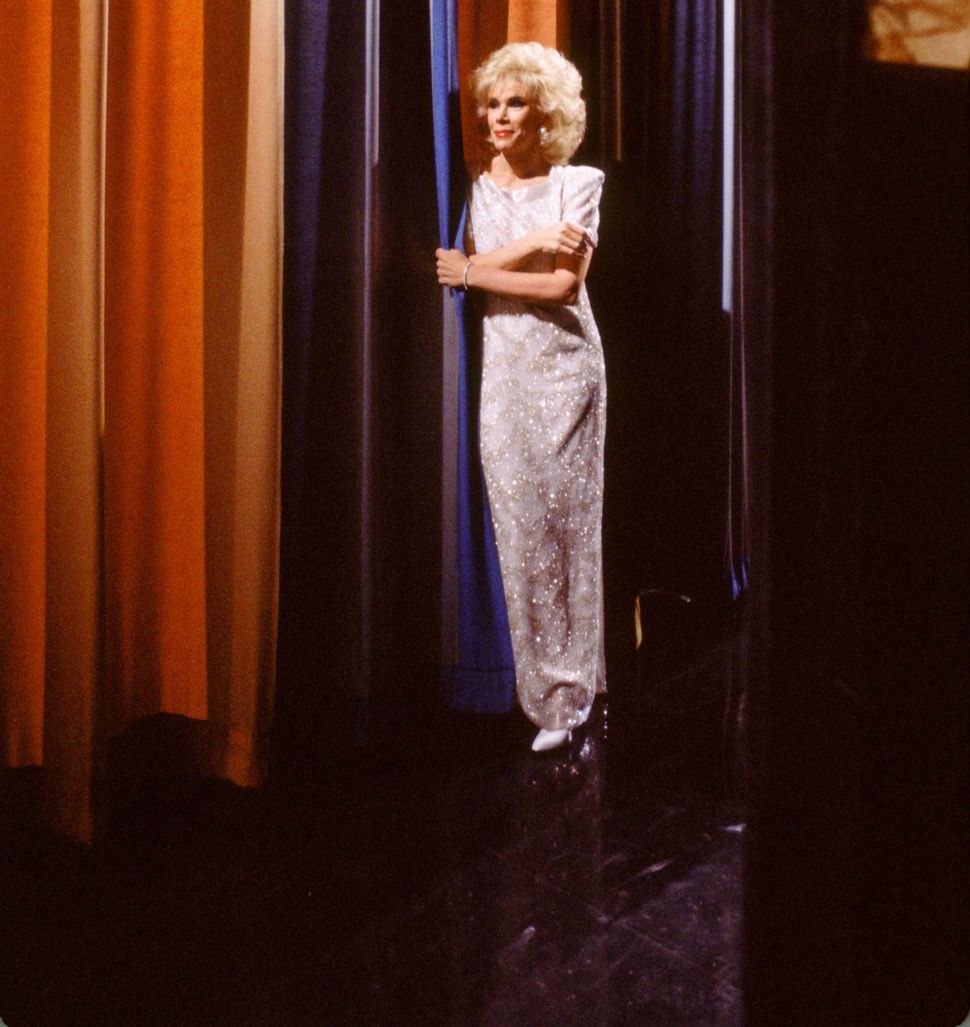 CNN’s current series of documentaries about late-night television rekindled memories of working on the “Tonight Show” back when it was based in New York but shooting for three weeks in “beautiful Downtown Burbank,” as Johnny Carson joked. At 23 and new to the entertainment industry, I was taken aback to have the star appear at my desk and address me as “Sybil.” We’d never met yet he’d learned my name for what turned out to be our one interaction.

Being placed there by a temporary agency as secretary to the producer, Art Stark, was beyond exciting. I’d become a fan of the show when it was hosted by Jack Paar. Though my father would go to sleep after listening to records of Cantor Moishe Oysher and the comic Menasha Skulnik, my mother and I stayed up to see what the unpredictable Jack Paar might do. He treated the show like a confession booth, revealing intimacies, often about his daughter. Credited with creating the talk show format, he had a diverse mix of guests and did probing interviews.

Carson, the next host, was as guarded as Paar had been open. He occasionally joked about his divorces to get a laugh. Even though guests were pre-interviewed and the dialogue was put onto cue cards, the banter felt spontaneous. I loved when Johnny went wild over a new comic and gestured for him (there was only one Joan Rivers) to come back to the couch. That was a surer path to success than any casting couch. 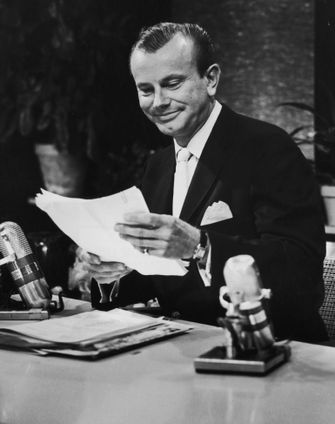 Watching the first episode of “The Story of Late Night,” I recalled Art Stark’s reaction to a phone message I’d relayed. Baffled, he kept asking me to repeat it. “It’s windy so Johnny can’t take the helicopter after tonight’s show,” I told him several times.

“Johnny doesn’t take a helicopter,” he said. “Tell me the exact words that were said to you.”

“It’s going to be very windy tonight,” I echoed what I’d been told, “so the prince won’t be able to leave by helicopter.”

When he stopped laughing, he explained, “They were referring to the prints of the show,” spelling it out: “P-R-I-N-T-S.” Maybe I’d misunderstood because I’d heard Carson referred to as “the king of comedy.”

The first episode of the CNN docuseries included a clip of a memorable bit from shortly after Johnny became the host. His guest, Ed Ames, a Jewish actor whose dark complexion led to him frequently being cast as a Native American, was teaching the comic how to throw a tomahawk. It landed and stayed in the crotch of a cardboard sheriff that had been set up onstage, getting one of the longest laughs in the history of television. Johnny stopped Ames from retrieving it, quipping, “I didn’t even know you were Jewish! Welcome to Frontier Bris!” That established his extraordinary ability to ad-lib.

There were other women on the staff with me, answering phones and doing clerical work. It’s not that men didn’t enjoy having women around late at night; they just didn’t want our names on the credits. It didn’t occur to me to question the inequality. After finishing college, I’d taken a steno course, resigned to be a secretary.

My gig on the “Tonight Show” was as cool a job as I could ever aspire to. I knew I was funny but that wasn’t a marketable skill for a woman. We were supposed to laugh at what men said, not to get laughs. It would have been ludicrous to aspire to a career in comedy. There were a handful of female stand-ups, and I was aware of only one comedy writer, Selma Diamond. She appeared both with Paar and Carson, seemingly the only dame in town.

When Art Stark returned to New York, I was assigned to a literary agent and then the manager of the Marquis Chimps, an act that was popular on variety shows. I gave up temping when I was hired as a secretary for the comic Jerry Lewis, who proved to be far more difficult and demanding than the chimps.

Offered a chance to work for comedy legend and mensch Carl Reiner, I grabbed it. Carl made me comfortable enough to pitch ideas. He was unpretentious, freely admitting that he sometimes covered the little hair he had with a toupee if he was performing. When he was guesting on “The Tonight Show,” I had an idea. “Why not get one of Johnny Carson’s fan photos and block out some hair to make it look like yours?” He did. Hearing the audience laugh at that, my heart was racing.

I also contributed a scene to a movie Carl directed but it wasn’t until the Women’s Movement came along that I felt pressured to try for a career. I wrote a spec script despite feeling convinced nobody would take me seriously. But Carl read it, said, “This is terrific,” and hired me to do an episode of the series he was producing. That was followed by my doing scripts for “The Mary Tyler Moore Show,” “Maude” and Lily Tomlin.

There were very few women writing for prime time and maybe none for late night until Merrill Markoe was named as head writer on “The David Letterman Show” in 1982. As comedy became more political, “The Daily Show” premiered in 1996, created by Lizz Winstead and Madeline Smithberg.

In 2019, Mindy Kaling, who for a time had been the only woman and person of color on the writing staff of “The Office,” showed how difficult things still were in the movie she wrote, “Late Night.” She played the lead, a woman plucked from obscurity to help revive a long-running late-night show whose ratings were sagging. She had a horrible first day and not just because her colleagues – all male — barged in on her in what had previously been an unused Ladies Room. That scene reminded me of when I’d gone to a screening at The Directors Guild and got a laugh in the bathroom saying to the other women, “I’m not sure why the DGA even has a Ladies Room.”

The movie spurred an article in The Los Angeles Times that listed the percentages of women writers then on late-night shows. “Full Frontal,” hosted by Samantha Bee (who’d been the only female correspondent on “The Daily Show”) had the most at 45 percent, the next being 29 percent on “Late Night with Seth Meyers” and Conan with a paltry 17 percent. A study titled the “Hollywood Diversity Report” showed that women of color comprised an even smaller group on scripted shows, whether on broadcast TV or cable.

Sadly, opportunities for women haven’t improved enough since the days of Jack Paar and Johnny Carson. I miss them both, along with Dick Cavett, all of whom let the viewers know them. There are now far more nightly late-night shows, but none are hosted by women. We need others to join Samantha Bee and Robin Thede, the only female hosts in the late-night TV landscape. I hope the CNN series will come to that same conclusion.

Why is late-night TV still a no-woman zone