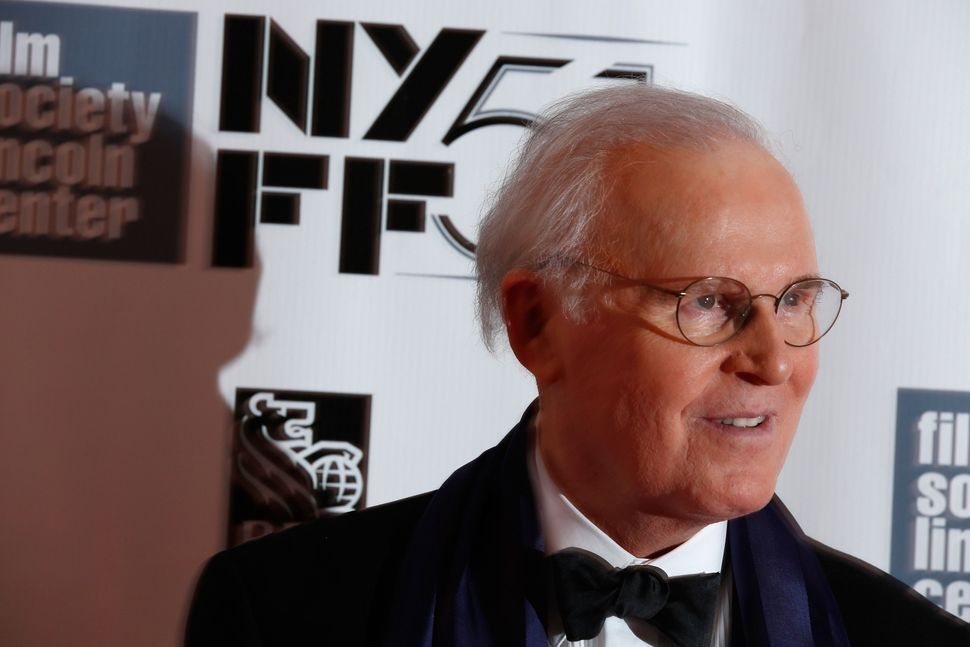 Charles Grodin, one of cinema’s most-accomplished comic actors — and most-beloved curmudgeons — has passed away at the age of 86.

A collaborator of Mike Nichols and Elaine May, Paul Simon and Art Garfunkel, Neil Simon and Buck Henry and the neurotic scene partner of Robert DeNiro in “Midnight Run,” Grodin’s career spanned six decades, and left its mark on classics of ’70s comedy — and even the odd shaggy, slobbering dog story.

Born to Orthodox Jewish parents in Pittsburgh, Grodin studied acting with Lee Stasberg and Uta Hagen (While in classes, he questioned, to Hagen’s chagrin, why they had to “carry imaginary suitcases and open imaginary windows.”)

From the beginning, Grodin’s interests were wide-ranging. He wrote and directed on Broadway and even shot Simon and Garfunkel’s 1969 “Songs of America” TV special when he was 34. Shortly thereafter, his career in film took off.

After a bit part in Mike Nichols’ “Catch-22,” Grodin starred in Nichols’ old partner Elaine May’s “The Heartbreak Kid,” which won him a Golden Globe nomination and a lifetime pass to May’s extended family of artists.. Yes, he was in “Isthar” too.

Grodin’s film work continued apace with roles in the “King Kong” remake, “The Great Muppet Caper” and 1992’s “Beethoven” (his first franchise). But Grodin also cultivated a reputation outside the movies with his arch, combative appearances on Johnny Carson and, later, David Letterman. Often these appearances devolved into shouting matches, and at one time, a visit from Grodin’s “lawyer.”

Grodin, who did set-jawed, barely suppressed anger better than anyone, was someone who never seemed content to have just one career or give in to anyone’s expectations of him. He was a professional crank on “60 Minutes II,” and hosted a long-running radio show and even his own TV talk show, immortalized forever on an episode of “Seinfeld” via an elusive bottle of barbecue sauce. He wrote eight books, with his grouchy sensibility, and threatened to give up acting in the late 2000s, but returned in the 2010s to have an arc on “Louie” and star in a handful of films.

In everything he did, Grodin drew from a well of intensity — sometimes gruff, sometimes exacerbated, always questioning, in a resistant, Bartleby-type way.

Critic Nathan Rabin once asked Grodin, who was promoting his memoir “How I Got to Be Whoever It Is I Am,” about this questioning nature. Grodin said he thought the answer might go back to his grandfather, a Talmudic scholar.

“I think a lot of it, it’s just genetic,” Grodin responded. “I don’t even begin to understand it.”