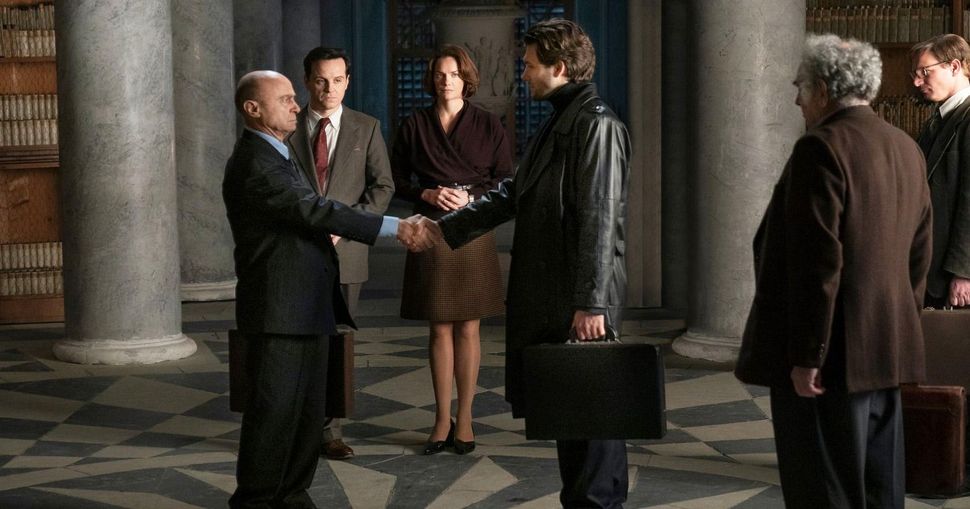 “When we first did the piece, that was 2016, and as much as it was about Palestine and Israel, it was really about Republicans and Democrats,” said Sher, the director of Rogers’ Tony-winning play, “Oslo,” now an HBO film.

That’s because “Oslo,” which chronicles the secret back-channel negotiations that produced the 1993 Oslo Accords between Israel and the Palestine Liberation Organization, was in broad strokes about personal diplomacy and compromise where none seemed possible. Recent events remove it somewhat from the realm of broader allegory. With Gaza and Israel’s heaviest fighting in seven years, it makes for poignant viewing as peace in the region seems ever more remote.

But if politics is the art of the possible, the handsomely-mounted film shows that the unthinkable can sometimes happen in when we least expect it. Even as Yitzhak Rabin sealed off Gaza in the wake of violence and fighting raged on in Lebanon, Palestinian leaders were arranging further meetings in a secluded Norwegian castle with Israelis. Some of these men would form lasting friendships.

“The theatrical and cinematic and human part of the story, as it was in real life, is strangers having the courage to sit down with their enemy, and see them as a human being,” said Rogers, who Zoomed in from Tokyo, where he’s filming his upcoming HBO show “Tokyo Vice.”

I spoke with Sher and Rogers about adapting the play for film, Israeli TV and what we can learn from the courage of the Oslo negotiators and their intrepid facilitators, the real-life power couple Terje Rød-Larsen (Andrew Scott) and Mona Juul (Ruth Wilson). The following conversation has been edited for length and clarity.

PJ Grisar: The play of “Oslo” is very theatrical — a lot of asides to the audience that break the fourth wall. What was your philosophy in adapting it? 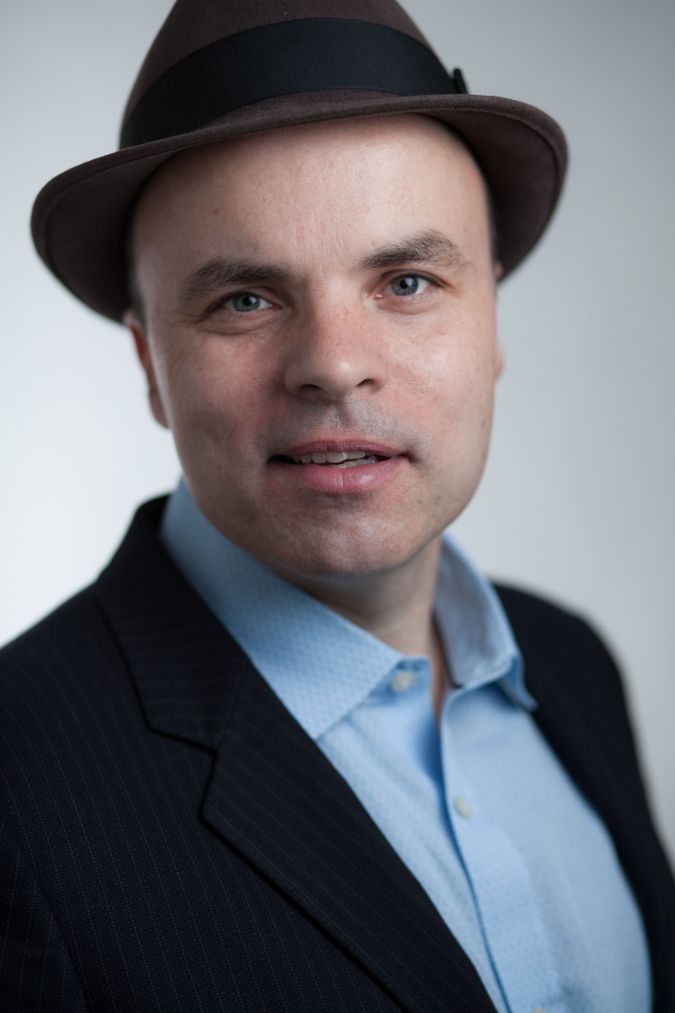 JT Rogers: The funny thing is, if I had $1 for every person when the play was running in New York saying “Oh my god, it’s the screenplay already — it’ll be so easy for you to do a movie’”… In fact, it is profoundly, as a play, the antithesis of a film. A three-hour play of people walking into a room, talking, walking out of a room, talking, and then we’re done. It took a long time to unwind and find its form, which in the end in many ways came back to the play. 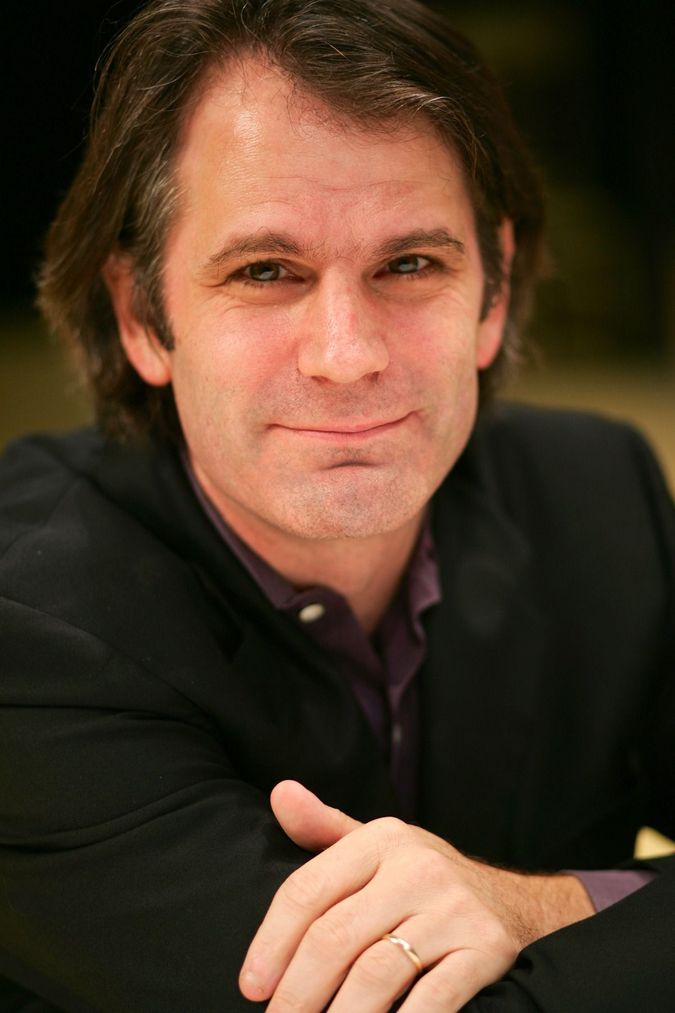 Bartlett Sher: The weird thing about movies is if you’re on stage and you say, “and then we went to blah,” you walk across and you set a chair down, you put a teacup next to it and you’re in a new place. If you do that in a film, it means you have to hire special cars and drones to fly overhead, you have to track the person all the way there, and it’s this endless, maybe even slightly boring, exercise of all the drives up to the meaningful places where you’re about to actually maybe talk.

Rogers: You mentioned breaking the fourth wall. What in the play were terse, incredibly important but interstitial discussions with the audience became visual building blocks, whole important scenes in the film. There is a moment in the first act of the play where Mona turns to us and says, “And they met for two days and nights without stopping, coffee, eating, working, until they got it done” — paraphrasing poorly my own script — well, that becomes an entire sequence.

And the other thing we discovered was that when we first started previews at the Mitzi Newhouse, the play was something like three hours and 40 minutes. We cut in previews 25, 30 plus, more, minutes. In hindsight, the things we cut were pictorially-based at the root and not verbal, and those key scenes that we love that we had to let go of are in the film. Often in the place of key scenes that were verbally-driven.

What are some of the things that you brought back?

Rogers: There’s a scene in the film, which we would loath to cut, when the Palestinian delegation arrives in Norway. It’s a disaster, as it was in real life. Larsen has arrived, he screws up and they get actually hassled at immigration when they’re terrified of even having their passports taken. And then there’s no motorcade, there’s just a little four-door Honda Civic, with Larsen driving them, and of course the whole point is no one can know you’re here but it offends their sensibility that they’re not being treated properly. Then there are shots of people going and coming in cars, and traveling through Norway to get to Borregaard Manor — the journey of watching them travel in the car from the airport to this Nordic palace is the journey of leaving the Middle East and arriving in this neutral, cold world where they’re going to risk everything. You could never convey that on stage.

You have a dream cast here with Ruth Wilson and Andrew Scott and a lot of familiar Israeli faces. Did they meet some of the people they were playing?

Sher: We were lucky enough pretty early on to have Ruth and Andrew join us, so that sort of landed our Norwegian contingent. But the fun part was casting the Palestinians and Israelis, which became a deep dive into some of the more enjoyable output of that region when it comes to film and television, and poring through “Fauda” and “Shtisel.”

Rogers: When we did the play, we cast what would turn out to be very savvy and bright actors, but there was quite a bit of work that needed to be done by us. Bart tasked me with a couple lectures, for lack of a better term, when you’re sort of getting everyone up to speed with the real specific nuances of the backstory and the context of what they’re talking about in these scenes. But in casting an ensemble who live this world, that’s superfluous. They know this world and they’re the ones now bringing insights and stuff that we don’t have. And so that was really wonderful to have that layer brought by the actors themselves.

This is obviously arriving at a time when the region is on a lot of people’s minds, I’m wondering, how does it feel to be debuting this in the aftermath of the recent hostilities?

Rogers: You have no control, no knowledge of what the world will be giving you and telling you, when there’s something you’ve made on stage or when the film comes out. And it’s painful and poignant that it feels so relevant right now. It’s very painful.

Sher: To be honest, I wish it were otherwise. It’s a very, very profound and complex situation, that is both political and human rights[-based] and filled with all kinds of complexities and points of view. I think what’s great about “Oslo” is at least now, if you have a bit more awareness of the region, you can watch something like “Oslo” as a form of history play and get some context. Not for a solution at all to what’s happening, but at least to a history of how this stuff has developed and what efforts have been made. And at least you can see the dialogue, even though unsuccessful in the case of “Oslo,” is something that’s worth pursuing,

Poignant is the perfect word because we seem so far from this kind of breakthrough now. The facts on the ground have changed so much.

Rogers: History will surprise us. I’m an eternal optimist, I just say this as a hopeful citizen who’s so passionate about this part of the world: When something happens that is profoundly positive — in the way, in the moment, that the Oslo Accords were — when they happen, it will be shocking and out of the blue and unexpected in a different way than the revelation of the Oslo back channel was. I can’t even conceive of what it will be and I think when it happens, it’ll shock the world. I just hope that it happens.

Sher: And I think you see that I think there are strong, positive forces who are trying to make change, who are trying to make conversations that could perhaps be unexpected and who do continue to weigh in behind the scenes in the way diplomats can. We can talk a lot about the larger backdrop that’s current, but I do think the efforts on the part of people who do believe in things being better, and who do have a strong sense of making good, do continue.