Another Day in Hebron: As depicted in Rona Segal’s documentary, searches are random and arbitrary. By Rona Segal

Depending on your point of view, Rona Segal’s short documentary “Mission: Hebron,” is either a hatchet job designed to make Israel look bad or a justifiable indictment of the country’s brutal military presence in Hebron, home to approximately 30,000 Palestinians flanked by an encroaching wave of Jewish settlers — to date an estimated 1,000.

Six young ex-soldiers on stools face the camera and recount their experiences in Hebron in the Israeli Defense Force (IDF). They are conscripted at the age of 18 and serving because they are obliged to do so. Others were further fueled by political and/or religious conviction.

Looking back, however, they are united by bafflement, embarrassment and distaste. One American-born soldier says if his mother knew what he had done she would slap him.

Television and cell-phone footage portraying confrontations, insurrections, break-ins and arrests (including that of a 10-year-old Arab boy whose transgression is never made clear) along with other wretched-life-on-the-West-Bank snippets are interspersed throughout.

The soldiers describe their mission as twofold: to protect the Jewish settlers especially during public religious or cultural events (translation: keep Palestinians far removed from the festivities) and to weed out potential Palestinian troublemakers and terrorists. 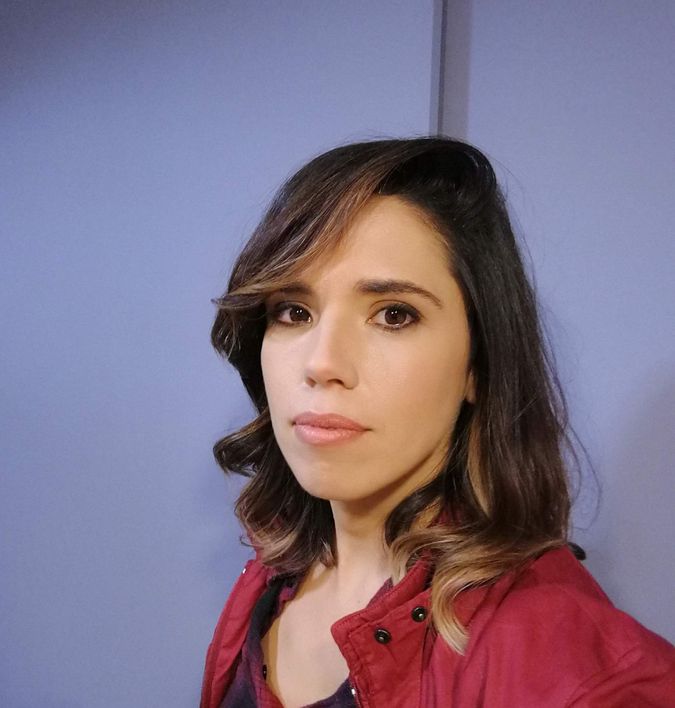 Filmmaker on a Mission: Rona Segal’s career started in the film department of the IDF. Courtesy of Rona Segal

As the soldiers tell it, there are virtually no guidelines as to whose home, car or person may be searched. More often than not it’s random and arbitrary or, as one soldier said, a group of Palestinian men may be targeted for strip searches simply because they resemble stereotypical terrorists in old Hollywood movies. Strip searches are conducted not to find weaponry, but rather to humiliate or create “friction” among the Palestinians.

An underlying motif is the soldiers’ relentless boredom as they hang around at various checkpoints waiting for something to happen. Samuel Maoz’s controversial and evocative film, “Foxtrot” captured that hopeless tedium among Israeli border soldiers brilliantly. In his movie and likewise in this documentary it is not difficult to understand how that monotony could feed violence. The soldiers’ youth does not help; they are children overseeing an entire population. Their baby-faced expressions underscore the whole disconnect.

One of the more bizarre elements in “Mission” is the off-kilter relationship the soldiers have with the settlers who for the most part adulate, wine and dine them. But that love fest can turn on a dime if the settlers feel taken to task for anything, at which point the beloved soldiers are viewed as traitors, Nazis and worse.

A curious kinship evolves between an American-Israeli soldier and an American-Palestinian woman who is visiting her cousins in Hebron. When he stops her at the border for routine identification she’s terrified, but he assures her that everything will be all right. Their shared American identity is their defining bond and takes precedence over anything else.

What’s most troubling about this film is its total lack of context. Even if one acknowledges that excessive force is used by Israeli soldiers against Palestinians, on the basis of this mind-bogglingly biased account viewers would not have a clue that there’s another side to this story: that Israel’s very existence is in peril because of well-armed enemies on all sides. Ironically enough, Rona Segal, the director who has an impressive list of credits, launched her career thanks to serving in the IDF’s filming unit. It’s where she learned to make movies.

More striking are the soldiers themselves who are conscience-stricken. In some oblique or not so oblique way, they are trying to make amends by going public. One soldier admits his revelations make him uneasy. He and the others know they may face pushback. But the fact remains they are free men in Israel. One can’t help but wonder what would happen to a Palestinian who appeared in a film and said the same sorts of things about the policies of Hamas.