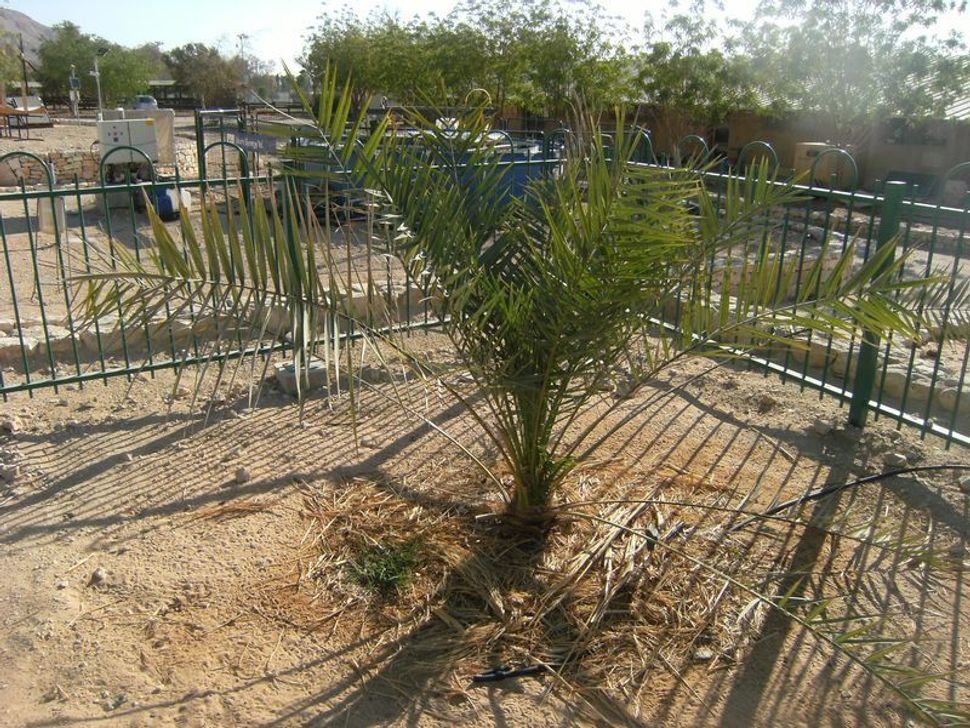 Did Jesus love dates? We may never know, but a BBC documentary short asks the question, spurred by the fruit of the Methuselah date tree, which was germinated from an ancient seed found dried in the food storage at Masada.

Judean dates were apparently a renowned delicacy in the time of Jesus, and perhaps he sought them out or was gifted the fruit by followers, but little else about the tree, or the scientific project resurrecting the long-dormant seeds, has any connection to the Christian messiah.

Instead, the seeds were resurrected by the Arava Institute, an environmental research institute based at Kibbutz Ketura in southern Israel’s Arava Valley. There, Dr. Elaine Solowey and Dr. Sarah Sallon managed to sprout a seed found preserved in a jar at Masada, the famed fort near the Dead Sea. They named the resulting tree Methuselah.

But Methuselah wasn’t enough to bring the species back to life alone; like people, date palms have genders — males, like Methuselah, produce pollen but no flowers, and females produce blossoms that must be pollinated by the male to produce fruit.

Hoping to bring the species back to life, not simply one tree, Solowey and Sallon managed to germinate more seeds from the Masada stores in hopes of finding a female, and produced two; continuing the biblical theme, they named them Hannah and Judith. (The same batch of seeds also produced Adam, Yonah, Uriel and Boaz — more male trees.)

Last fall, for the first time, Hannah — named for Samuel’s mother in the Tanakh, famed for her miracle pregnancy — produced fruit, a solid crop of 111 dates. Most were kept for scientific research, hoping for insight on the nutritional value and medicinal properties of the dates, which were spoken about in ancient texts as having curative properties. Sollowey, Sallon and a few journalists ate some of them — they are apparently less sweet and sticky than the Medjool variety, with a honeyed taste.

The fruits are likely not an exact re-creation of the famed dates — all the seeds were slightly different varieties, according to genetic markers, and most fruit at the time was cloned by propagating cuttings, not bred through pollination. But they are the closest thing to the famed fruit since Jesus’s time — as the BBC and other media sites point out.

It’s disappointing, however, to see the story constantly framed in terms of Christianity. The seeds are from Masada, one of the most famous forts and stories of ancient Jews. Built by King Herod the Great in approximately 37 B.C.E., the fort had advanced technology for the time that, in addition to its well-placed perch on top of a mountain, made it secure and easy to defend. There were water cisterns and extensive food stores — which is where the date seeds survived. Later, a band of Jewish rebels defended the fort against Romans around 70 A.D., and ultimately lost, committing mass suicide rather than be taken as slaves, one of Judaism’s most famous stories.

Of course, the appeal of framing the discovery in terms of Christianity makes sense; the world has a lot more Christians than Jews, and Jesus’s name drives clicks. There’s an evangelical fascination with Israel and the biblical land and life of Jesus. And Jesus was a Jew, after all.

The reason the seeds exist, and survived the centuries, has to do with a Jewish fortress built before Jesus’s birth. Their germination has to do with Jewish scientists working in Israel, and the fruit is produced by trees named after figures in the Hebrew Bible — not the New Testament.

Growing these trees — and other scientific attempts to recreate foods, plants or dyes from ancient times — gives us insight into the lives of ancient societies. Of course, Jesus was a member of society, and did likely eat these dates. But this is not a story about Christianity. It is, through and through, a story about Jews.