If you’ve ever wondered how you might look fully covered in tattoos, there are Instagram filters that can help you imagine it by projecting images onto your arms and chest.

Unfortunately, you don’t get to choose the tats— and one popular filter, called “Old School,” places a Native American feather headdress adorned with a swastika onto users’ arms. 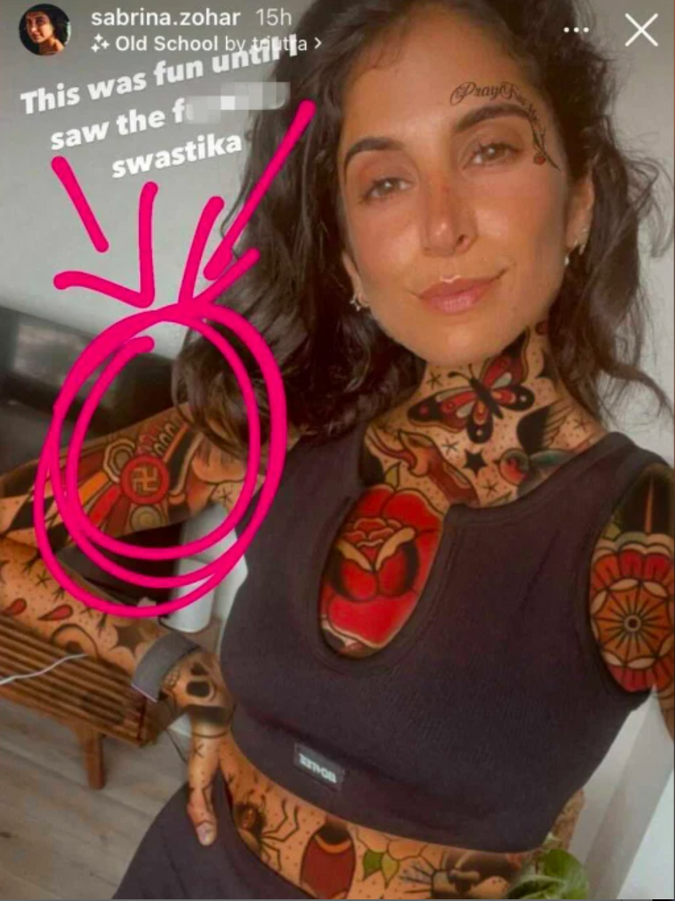 Sabrina Zohar, 31, tried out that filter after she saw a friend using it; she said was curious to see what she might look like fully tattooed. When she spotted the swastika among the stylized flowers and skulls, she posted a photo to her 17,300 Instagram followers with the symbol circled, asking them to report the filter as a hate symbol to the platform.

“Hitler and then nazis is not a joke or a passive topic, so let’s stop pretending it’s ok,” she wrote.

Anyone can design and submit filters to Instagram, which has to approve filters before they can appear in the Instagram Camera Effects gallery. Once there, they are searchable and available for users to overlay on selfies.

The swastika doesn’t show up in all uses of the “Old School” filter; the tattoos shift slightly depending on how the user poses their arms. But even after being reported to the platform, the filter, complete with swastika, is still available.

In a statement given to the New York Post, a Facebook representative said the filter did not violate policies and that the platform was not planning to remove it from the effect gallery because swastikas “can be used in cultural context that predates Nazism.”

Swastikas are a spiritual symbol in many South Asian religions, where they represent well-being and divinity. The symbol also has roots in Europe that precede the Nazi usage, where it was an auspicious symbol for Slavic and Germanic people.

The filter’s creator, a Russian graphic designer named Anastasia Tkachenko who makes filters under the name Triutra on Instagram, justified her choice with a similar rationale. She told the New York Post that the swastika “symbolizes good, the sun and life,” and noted that while the Nazi swastika’s arms point in a clockwise direction, the one in her filter goes the other way.

Selfies on Instagram are mirrored, however, meaning that a counter-clockwise swastika in an Instagram selfie implies it would be clockwise in real life, thus accurately representing the Nazi version. In the filter, the swastika also appears inside a red circle, similar to the Nazi flag. 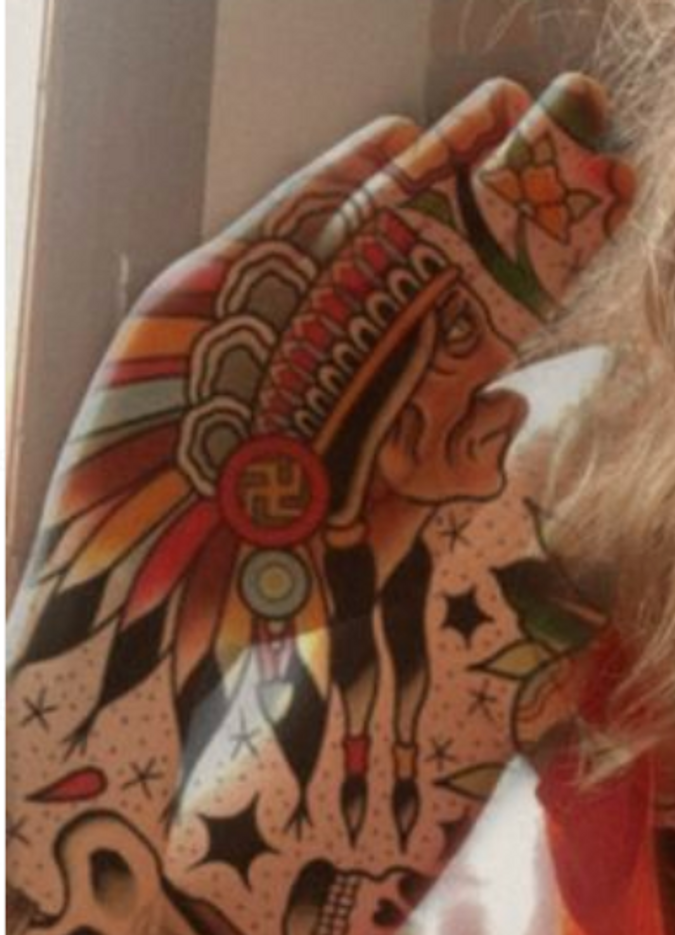 The author highlighting the Native American headdress and swastika portion of the filter. Courtesy of Mira Fox

Zohar said her followers were “outraged and rightfully so” in response to her post, though she also received a handful of messages explaining the symbol’s other meanings.

“Ultimately, that was forever changed 80 years ago, and to have that symbol on a tattoo for 13 year olds to use is just breeding antisemitism and white supremacy,” she told the Forward by email. “The typical person with that tattoo isn’t intending it to be a Hindu symbol, that we know.”

The Anti-Defamation League agrees with her assessment. In its list of hate symbols, it acknowledges the historical usage of the swastika, but adds that the Nazi usage “permanently converted the swastika into a symbol of hate, anti-Semitism and infamy.”

The swastika isn’t the only reason to complain about the filter, as the use of the image of a Native American man wearing a traditional headdress plays into long-standing complaints about cultural appropriation of Native American dress and symbols.

“Facebook can censor every other word we say, but a blatant symbol that harms so many, they defend saying it ‘means something else,’” said Zohar. “We have to be sensitive to others and to the millions of Jews and other groups affected by the hate the swastika stood for.”

Update July 6, 2021: The filter remains up on Instagram, but the swastika is no longer part of the feather headdress.