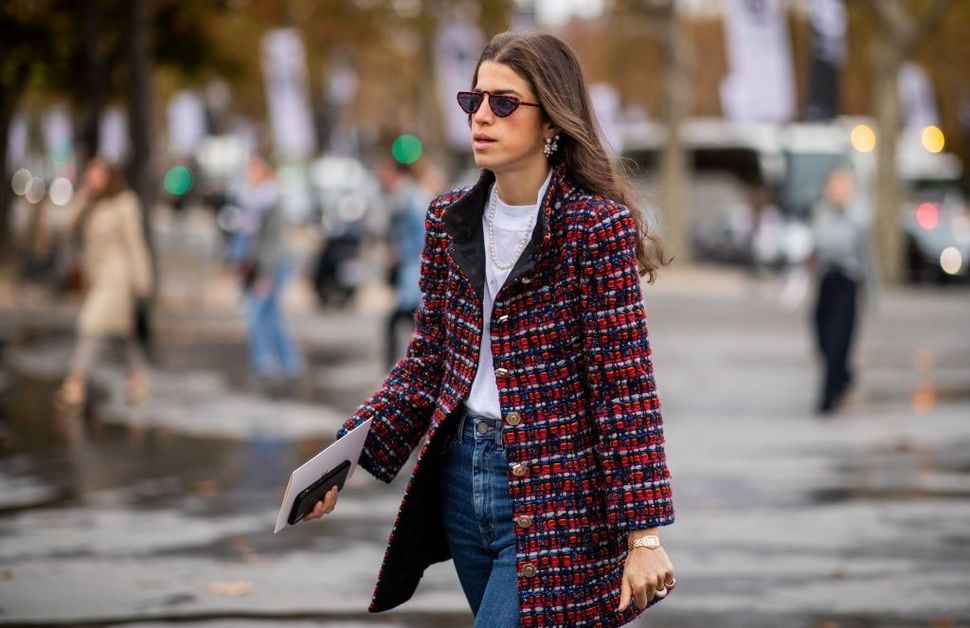 Leandra Medine Cohen, founder of quirky fashion site Man Repeller, said she always assumed she’d be canceled — she just thought it would be because she was a terrible leader, not because of racism or privilege. She didn’t even realize she was privileged, she said in a recent podcast interview, until last summer’s racial justice protests forced her to (finally) examine her own life (and the second home in the Hamptons she grew up with) more closely.

“I remember objectively growing up in a privileged environment and feeling like I was always on the brink of being homeless,” she says.

It’s hard to believe. She was raised on the Upper East Side attending the Ramaz School, an elite Jewish prep school, without a scholarship. Man Repeller, which started out as Medine Cohen’s personal blog, based out of her own closet, highlighted designer clothes with price tags well out of the range of the average citizen. How could she not have noticed she was rich? She feels like the epitome of the #girlboss) era, a woman celebrated for success even though she started at the top.

Medine Cohen has been a favorite villain on Twitter since she stepped down from Man Repeller last summer following backlash after laying off a Black employee, and eventually shuttered the publication. The podcast episode was framed as a post-mortem of her cancelation, but she does little grappling with it, brushing past the experience of Black employees or considerations of internalized racism to bemoan her own struggles. The episode of the podcast, “The Cutting Room Floor”, went viral; she is easy to hate and to ridicule.

Listening to the episode, I was surprised to hear the introduction and conclusion added by the host, Black fashion designer Recho Omondi, added in post-production. Omondi didn’t frame the interview as being about Medine Cohen’s ignorance or even her cancelation. Instead, Omondi focused on her Jewishness.

“As we know, this country was founded by racist white men, and for the purpose of this episode, it’s important to note that many of those white men, slave owners et cetera, were also Jewish, and also saw Blacks as less than human,” Omondi says, apropos of nothing, with no explanation or analysis nor explicit connection to Medine Cohen. (While there were Jews in the slave trade, several historians have concluded their role was minimal, and asserting otherwise is an antisemitic canard.)

Later, in the wrap-up, Omondi more explicitly frames Medine Cohen’s privilege in terms of her Jewishness. “I couldn’t stomach another white, assimilated Jewish-American Princess who’s wildly privileged but thinks she’s oppressed,” she says, using a term widely considered derogatory. “If I had a dime for every time a Jewish girl in fashion was like, Oh my god, my nose is so big like yours, oh my god, my Jew-fro, it’s so nappy — at the end of the day, you guys are going to get your nose jobs and your keratin treatments and change your last name from Ralph Lipshitz to Ralph Lauren and you will be fine.”

The episode also splices in a clip of someone, unattributed, saying “Jews were slaves too, but you don’t hear us complaining about it all the time.” It seems as though the quote could be from Medine Cohen, or someone else Jewish; it’s actually from a 2012 Youtube video from non-Jewish comedian Franchesca Ramsey, who has since disavowed the joke.

It’s jarring to hear Omondi slam Medine Cohen’s Judaism as the source of her entitlement when there is so much else to say about her rise and fall. While Medine Cohen did bring up her Judaism in the interview, weaving it into her sob story, religion functions as the backdrop, not the cause, of Medine Cohen’s struggles. She does not talk about antisemitism, for example; instead, her stories showcase the way privilege operates internally within the Jewish world, such as Ashke-normativity (Medine Cohen’s parents are Iranian and Turkish immigrants).

While the podcast episode was received to wide acclaim across the internet, where many incredulously discussed Medine Cohen’s revelations about her wealth, a small crowd began to complain about the antisemitic stereotypes employed by Omondi.

A masterclass in antisemitism.

“I want to recognize that I understand Leandra does not represent ALL Jewish people or the vast culture whatsoever,” Omondi posted on her Instagram story the day after the podcast’s release, warning that antisemitic comments would be deleted. “If I see any mean spirited hate for the sake of hate towards Jewish people on this account, you did not listen to the episode or are missing the point completely.”

Later she closed all comments on an Instagram post about the episode. As of Monday evening, the episode had been re-edited to remove the comments about Jewish slave owners and Jewish American Princesses.

Omondi does not acknowledge the editing or change on any of her social media accounts.

In any case, Medine Cohen does plenty to skewer herself without the need for stereotypes. (“I remember sitting in the car with [my husband] Abie and my kids, thinking to myself, like, I did not grow up poor. I, like, actually grew up rich,” she says, with a gasp at one point.)

Nose jobs and references to Ralph Lauren changing his name take away from the real conversation. There’s so much rich social commentary to dig into — how could Medine Cohen speak for 90 minutes without taking responsibility for any, even unconscious, racism? How could she remain so obtuse despite a wealth of antiracism book clubs and performative allyship? Antisemitism distracts from the real conversation.