Adolf Eichmann is alive and well and living in America 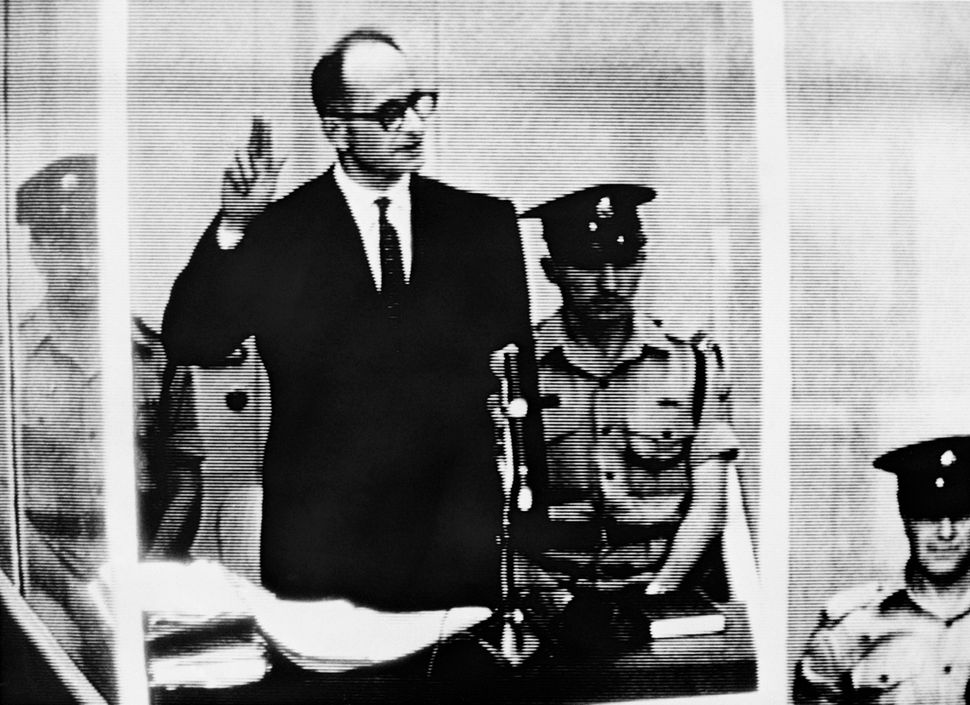 Product of His Society: Whatever capacity Adolf Eichmann had to exercise what Immanuel Kant called our faculty of judgment, and others call our conscience, was suffocated by the information silo he inhabited. By Getty Images

In a recent column in the Washington Post, the conservative commentator Michael Gerson reflected on Republican opposition to the government’s efforts to vaccinate Americans against COVID-19. Perplexed by the lies parroted by GOP politicians and pundits, he observed that neither opportunism nor fanaticism fully explained their behavior.

“This is hard,” Gerson confessed, “to get my head around.”

All the more so, he concluded, as the words and actions of these individuals would inevitably lead to thousands of unnecessary deaths.

60 years ago, Hannah Arendt found herself in a similar position. Sitting in a courtroom in Jerusalem, the eminent political and moral thinker struggled to get her head around the motivations of a man who, seated below her in a glass box, was accused of crimes against humanity and against the Jewish people. At first glance, the accused party seemed so plain, so pedestrian, so…normal. Court-appointed psychiatrists, in fact, agreed that he was normal — more normal, one specialist added, “than I am after examining him.”

In a letter to her husband Hans Blücher, Arendt tried to explain her confusion. This man who stood accused of playing a vital role in the extermination of European Jewry, she wrote, was nicht einmal unheimlich — not even sinister. In another letter to her friend, the philosopher Karl Jaspers, Arendt puzzled over her puzzlement. How could it be, she asked him, that this man seemed “somehow stupid, but also somehow not.”

This man, of course, was Adolf Eichmann. The former SS officer who oversaw the logistics of the Final Solution, Eichmann, who had fled to Argentina after the war, had been kidnapped by Mossad agents and brought to Israel in 1960. For juridical and political reasons, the trial spurred countless controversies. For philosophical and moral reasons, Arendt’s account of the trial — first published in the pages of The New Yorker in 1962, then as a book the following year—proved no less controversial. 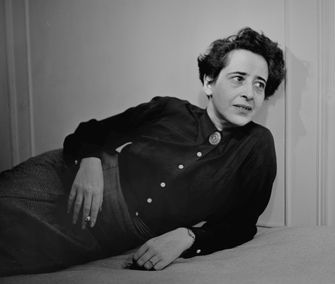 Considering Eichmann: Hannah Arendt fastened upon what she called Eichmann’s stupidity. It was Eichmann’s inability to think in the place of another person that made him what he was. By Getty Images

Most controversial, undoubtedly, was Arendt’s analysis of Eichmann’s motivations. Why did he do what he did? How could we explain his efforts, as persistent as they were professional, to gather and gas millions of fellow human beings? For Israeli prosecutors, as well as most observers, the reason was straightforward: Eichmann was driven by a visceral antisemitism. Eichmann did what he did, concluded the chief prosecutor Gideon Hausner, because it was his “calling and destiny.”

This interpretation, Arendt realized, was both obvious and obsolete. The prosecution insisted on this motivation, she argued, because it excused them from confronting the true and more troubling reason for Eichmann’s actions. His problem, Arendt insisted, was not that he was a monster, but instead that he was a mediocrity. Rather than someone eager to do evil, Eichmann was incapable of distinguishing evil from good, right from wrong. He betrayed, Arendt wrote, what she called Gedankenlosigkeit, or what she insisted on translating into English as “thoughtlessness.”

Having studied the voluminous transcript of Eichmann’s interviews with Israeli investigators, having watched and listened to him during the trial, Arendt was struck, of all things, by his banality. “The longer one listened to him, the more obvious it became that his inability to speak was closely connected with an inability to think, namely, to think from the standpoint of somebody else. No communication was possible with him, not because he lied but because he was surrounded by the most reliable of all safeguards against words and the presence of others, and hence against reality as such.”

Several historians have since taken issue with Arendt’s portrayal of Eichmann. He was, they argue, more racist and antisemitic than Arendt either believed or wanted to believe. While the critics are right, this does not, however, make Arendt wrong. The issue, she believed, was not the degree of Eichmann’s antisemitism. Instead, it was the dizzying disproportionality between his deliberations — whether they were antisemitic or not — and his deeds.

More important, though, Arendt fastened upon what she called Eichmann’s stupidity. It was Eichmann’s inability to think in the place of another person that made him what he was. “This kind of stupidity,” she explained to the German historian Joachim Fest, is “like talking to a brick wall. You never get any reaction because these people never pay any attention to you.” Eichmann astonished Arendt because he was not an Iago or Macbeth. “Except for an extraordinary diligence in looking out for his personal advancement,” Arendt notes, “he had no motives at all…he merely never realized what he was doing.”

Crucially, his thoughtlessness was neither accidental nor incidental. It issued, instead, from a world, a society that cultivated thoughtlessness. Whatever capacity Eichmann had to exercise what Immanuel Kant called our faculty of judgment, and others call our conscience, was suffocated by the information silo he inhabited. We cannot ignore, Arendt warned, that Eichmann rightly insisted that “he could see no one, no one at all, who actually was against the Final Solution.”

The Germans, moreover, practiced what Arendt called “language rules” — namely, phrases that allowed them to name the unnamable and speak about the unspeakable. This linguistic practice prevented them from equating their actions “with their old, ‘normal’ knowledge of murders and lies.” Most disturbingly, this crippling of conscience was accomplished by the charisma of their leader. Hitler’s success alone, Eichmann affirmed, “proved to me that I should subordinate myself to this man.” He made his own the Nazi official Hans Frank’s mockery of Kant’s categorical imperative: “Act in such a way that the Führer, if he knew your action, would approve it.”

Inevitably, outrage is often the first response to drawing any parallel between most Germans then and many Republicans today. And, of course, the moral and political distance between these two groups is immense. Yet, thoughtlessness can seep, slowly and insidiously, into any society. When Republicans describe their efforts to undermine the right to vote as “election security” or lambaste President Biden’s effort to vaccinate Americans as “government overreach,” it does appear they are employing language rules. Or when most members of one of our two principal political parties refuse to describe the events of January 6th as an insurrection or long refused to affirm the legitimacy of Biden’s electoral victory, they certainly appear to act in such a way that a former president would approve of it.

At the end of her book, Arendt declared that what we have demanded in this trial “is that human beings be capable of telling right from wrong, even when all they have to guide them is their own judgment which, moreover, happens to be completely at odds with what they must regard as the unanimous opinion of all those around them.” A handful of Republican politicians have, in fact, exercised their judgment, paying a heavy political price as a consequence. But they serve as a reminder, to those on the left as well as the right, that the price of not thinking is immeasurably heavier.

Adolf Eichmann is alive and well and living in America