A life with (and now without) Ronit Elkabetz 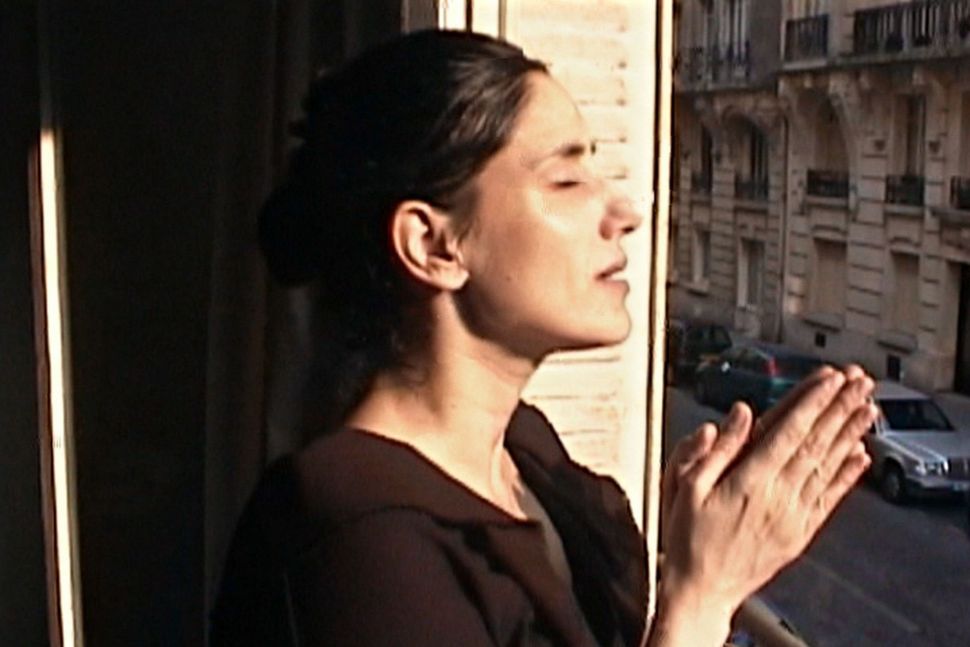 Israeli cinema had a banner year at the recently-concluded Cannes Film Festival — three films were featured in the official selection.

Taken together, the Israeli entries formed a powerful triptych of the country’s society and culture. Nadav Lapid’s Jury-Prize-winning “Ahed’s Knee” was an incendiary critique of life as an artist. Eran Kolorin’s “Let It Be Morning” was an oddly prescient parable about a Palestinian village under Israeli-imposed lockdown. (The film was completed prior to the COVID-19 pandemic).

By far the most unusual Israeli entry was Shlomi Elkabetz’s “Black Notebooks,” a three-and-a-half-hour-long documentary about the filmmaker’s older sister, the remarkable actress and director Ronit Elkabetz, who died suddenly of cancer in 2016. The siblings collaborated on a number of films, including the remarkable Viviane Amsalem trilogy, which they co-wrote and co-directed between 2004 and 2014. The cycle comprises “To Take a Wife” “Shiva” and “Gett,” all of which starred Ronit as Viviane Amsalem, a woman in a pious Mizrachi community fighting to get a divorce.

“Black Notebooks” is a deeply personal film that is both a lamentation for Ronit Elkabetz and an exploration of cinema as a conduit of love and obsession. Spread over two feature-length installments – “Viviane” and “Ronit” – the free-form documentary is a collage assembled from 600 hours of home video and film footage shot by Elkabetz over several decades and scored to the haunting strains of Bernard Herrmann, who composed many of the famous soundtracks to Hitchcock’s films.

The documentary often has the rough and messy character of ordinary, quotidian existence, as Elkabetz’s camcorders and smartphones capture his life, so much of which was personally and creatively intertwined with his sister. The footage and the editing jerk us frequently from Israel to Paris – where Ronit and Shlomi shared an apartment for 15 years – and from Los Angeles to Tuscany.

The day after the film’s premiere, I met up with Elkabetz on a rooftop terrace above the Palais des Festivals, the event’s HQ, to discuss his bold and sui generis labor of love.

Congratulations on a unique and powerful film. You’ve been to Cannes before, together with Ronit, for “Shiva,” which screened in Semaine de la Critique in 2007 and “Gett,” which played the Quinzaine des Réalisateurs in 2014. What’s it like to return to Cannes, this time in the festival’s official selection, with a project like this – and without Ronit?

Of course, this is a unique film because first I shot the footage for something like 30 years and I edited the film for another four years, so it’s been a long journey. Apart from the content of the film, there’s something poetic about coming to Cannes with this work, since it’s another creation that, in a very distinct way, belongs to Ronit as well. In that sense, it’s beautiful to be able to present it here, the place where we basically started our artistic journey. And of course, my mom, who was in the film, was also here for the first time.

That’s right. In the film, we learn that your parents have never watched the Viviane Amsalem trilogy of films.

I’m the kind of person who never invited parents to the screenings of films. My father still has never seen any of them. My mother coming to Cannes is very nice because the minute she arrived, I started to call her Miriam. We were walking on the street and I said, “Give Miriam the water.” It was really nice. She was like an actress in my film. It was very moving, in that sense, to rediscover my mother as a woman.

Where did the title come from? When I saw it in the schedule my first thought was that the film had something to do with Heidegger and his antisemitic writings.

Not at all! It’s a notebook as opposed to diary or journal or agenda. In a notebook you could have a single page with a logline for a film where a woman wants a divorce and the husband won’t give her a divorce. And then underneath: “pick up daughter from kindergarten at 3pm” and “buy diapers.” And then I start painting and underneath that the whole page becomes flowers and hearts. It’s all the components that create a daf. The pages in a notebook are free pages. Then black is the color of colors. The color that absorbs and contains all colors. And it also has the ability to absorb endless images. It takes in everything as opposed to white, which reflects out endlessly. Black is an endless memory, endless layers. The Hebrew word for notebooks, machberet is feminine, so a black notebook is like a black woman.

In that sense it’s Ronit who is writing a history in this notebook. The notebook is, in a sense, her body and her voice. It’s a notebook with a black cover than contains white pages.

So how much of the notebook, would you say, is Shlomi and how much is Ronit?

It’s a really conjoined writing. At the same time, it’s true, of course, that this film was made was made after Ronit was not here anymore. But I did consider her personal point of view every single minute.

I was struck by the wildly divergent reactions that “To Take a Wife” received in Europe and in America. In Italy and France, journalists compared the writing and the filmmaking to Edward Albee and John Cassavetes. But Israeli critics reacted with extreme hostility.

For me, it was a process of education. You know, we come from an Arab Jewish family. (Elkabetz’s parents were born in Morocco). It is not well accepted to be Arab in Israel. Doesn’t matter if you’re Jewish, or Muslim or Christian. And it’s not good to promote Arab culture, Arab music or Arabic language. In that sense, this culture does not have a reflection in Israeli art, which means that people like my mother or my grandmother could not go to the cinema and see themselves. There was no reflection, none at all, except for the portrayal by Ashkenazi Jews that was a false stereotype and representation of this culture. 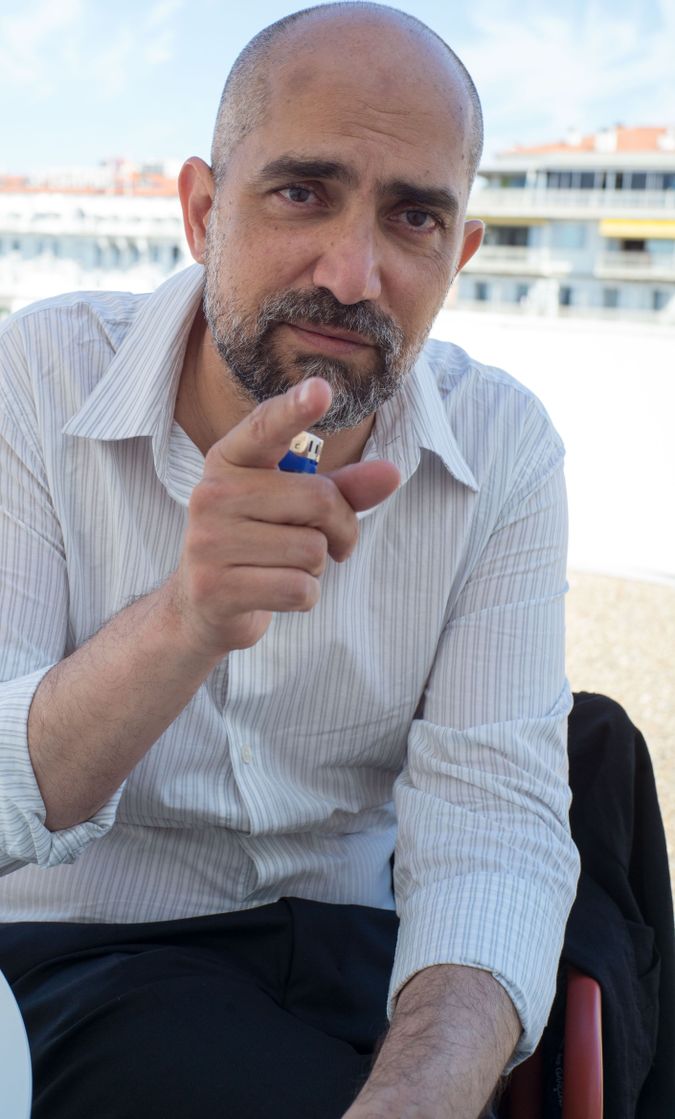 And then to come to Israel for the first time and show a film that made from an inner, rather than an exterior, point of view was pretty shocking, because you just don’t have any frame of reference in mainstream Israeli culture. And when people saw Viviane Amsalem crying out loud and trying to break the world, that was like something unbearable, especially for white men and the white homogenic culture that cannot bear the possibility of an Arabic Jewish woman who wants to philosophically define her freedom and how to live and to decide for herself what is good and what is bad. That was what we felt when we came to Israel with the film. Israel still, unfortunately, quite racist, But, you know, we try to educate the audience.

Do you feel that those racist and misogynist stereotypes have changed in the 17 years since “To Take A Wife” was made?

Israeli art is always changing, but there are still only one or two Mizrachi filmmakers in Israel out of something like 200 directors. The rest are Ashkenazi European and white. In that sense, with the exception of Palestinian cinema, there’s not too much Middle Eastern cinema in Israel: cinema that belongs to the earth, the air and the sun of that place.

Tell me about your choice to use the music from “Vertigo” so prominently.

In that sense, I had a very rare opportunity, and ability, to shoot my mother, Ronit and Viviane Amsalem over a long period of time. And obviously, the three are the same woman. And I realized I could actually do the exchange very easily and cinematically. For example, it was possible for me to ask Viviane Amsalem to play Ronit, because when we see Ronit on the set of “Gett” crying and fighting for her life, of course it’s not Ronit who’s sitting there and crying, it’s Vivian Amsalem who begs for a divorce. This is Viviane Amsalem who is playing my sister. It’s both the same woman and not the same woman.

What approach did you adopt to the reams of footage, shot over many decades on a variety of cameras, that make up “Black Notebooks.”

After Ronit’s death, the 600 hours of footage that I had shot became an archive of absence, an image of absence. But I didn’t want to treat the archives as memories. I understood that my archives exist in the present. The archives, as they’re being played, are the present. And I saw myself as existing in the future of my characters.

So, like James Stewart in “Vertigo,” you started to get stuck in a time loop.

So I began thinking: If I am in the future of my characters, maybe I can go back and visit their present – which is my past, not their past – and maybe warn them, maybe even change something. And then, the minute I go into this loop what happens is that I start to chase time. And I got this understanding of time chasing me and of me chasing time.

Ronit and me are chasing time in order to try to change fate. And I can also free Ronit from playing the character of Viviane Amsalem and let her play another role, a role that usually kept for men: Men and nature; men and God; men and death. You know, like in Bergman or Herzog. And now you have a woman who fights against time, who fights against death, who fights against destiny, who fights against god. She’s in front of these huge eternal forces and she has to beat them. And then, with these materials I started to create a suspense film.

Aside from being a film about Ronit, “Black Notebooks” is also a fascinating film about cinema itself. It reminded me in places of Godard’s “Histoire(s) du Cinéma” and Raphaël Nadjari’s monumental “History of Israeli Cinema,” which is as long as “Black Notebooks.”

What was interesting for me, basically, is where does life end and cinema starts, or where does cinema stop, and life begin. Where is the barrier and can we break it? What I was looking for was the transition point. You know, it’s like the 7 ½ floor. Where is the door that allows me to go back and forth?

Paris is one of these transition points. Why Paris? Because Paris is between Morocco and Israel. This film is about immigrants, about women, about love. And Paris became the transition point between cinema and life; between documentary and fiction; between life and death; between love and hate; and between Ronit and me.

A life with (and now without) Ronit Elkabetz