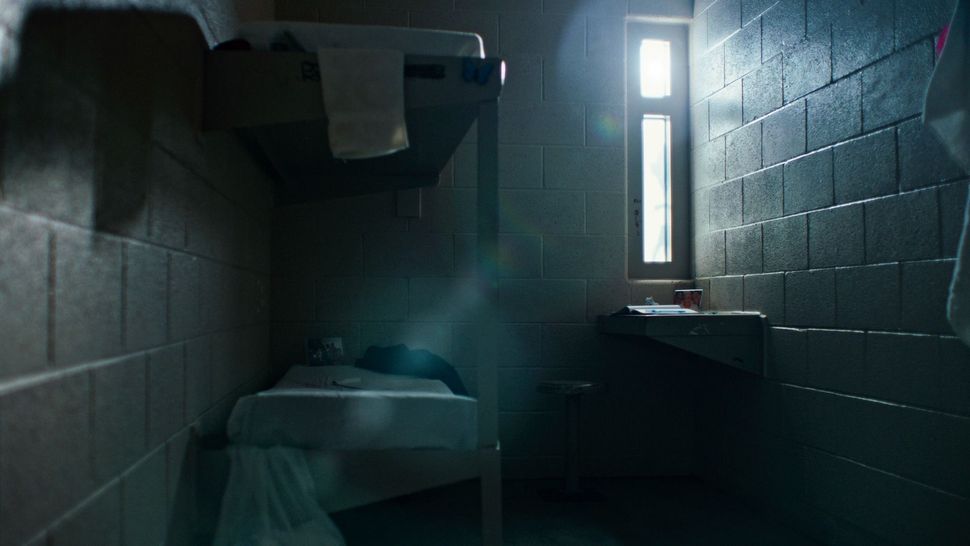 Cell Interior: A scene from “Belly of the Beast.” Courtesy of Erika Cohn

Peabody and Emmy award-winning documentarian Erika Cohn has been an activist-artist for a long time.

Her film “The Judge” detailed the unprecedented experiences of the first woman judge appointed in the Middle East’s Shari’a courts, and “In Football We Trust” she explored the struggles of young Pacific Islander men determined to play professional football. Her latest film, the documentary short “What You’ll Remember,” was recently released via The New York Times Op-Docs. It’s a raw love letter in which two young parents reframe for their children their experience of homelessness, family and security during the pandemic.

But there was nothing that could have prepared Cohn for her seven-year journey with “Belly of the Beast,” an exposé of human rights abuses in California-based women’s prisons — specifically, the forced sterilizations of Black female inmates.

Although the state repealed its eugenics law in 1979, people in women’s prisons were illegally sterilized until just a few years ago. Precise numbers are hard to track down, but Cohn speculates it’s in the thousands.

Either way, thanks in large part to the film’s revelations, California governor Gavin Newsom recently signed a landmark reparation bill focused on the victims and descendants of forced sterilization in California prisons between 1909 and 1979. The state will be the third, following North Carolina and Virginia, to provide monetary compensation to survivors who were sterilized under state eugenics laws.

“I have witnessed firsthand the levels of secrecy and privacy institutions hide behind, which makes it incredibly difficult to uncover abuses of power and state sponsored violence,” Cohn said.

The filmmaker first became aware of these issues when she met attorney Cynthia Chandler in 2010, and was immediately inspired by her compassionate work and intrigued by the organization she co-founded, Justice Now. She was haunted by Justice Now’s “Let Our Families Have a Future” campaign, which exposed the multiple ways prisons destroy the fundamental human right to family, one of the most heinous being illegal sterilizations, primarily targeting women of color.

“As a Jewish woman, the phrase ‘Never Again,’ was always profoundly in the back of my mind.”

“Immediately this screamed eugenics,” Cohn said. “As a Jewish woman, the phrase ‘Never Again,’ was always profoundly in the back of my mind — and when I learned about this different kind of genocide happening through imprisonment, through forced sterilization behind bars, I knew I had to get involved. Cynthia invited me into the organization where I later became a volunteer legal advocate, providing direct services for over 150 people in California’s women’s prisons. From there, I began working with people inside on a project that would ultimately become ‘Belly of the Beast.’”

Capturing the claustrophobic prison environment, the film quotes an array of players — not least those who find nothing objectionable in eugenics — but it centers on Chandler and sterilization survivor Kelli Dillon, who join forces to rally support and pave the way for this landmark legislation. 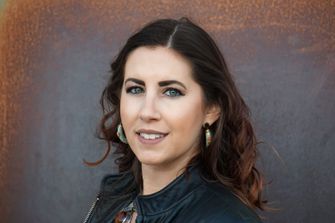 Erika Cohn: The filmmaker’s previous documentaries include ‘The Judge’ and ‘In Football We Trust.’ Courtesy of Erika Cohn

Tell me a little bit about your journey as a filmmaker.

I grew up in Salt Lake City, Utah and started attending the Sundance Film Festival at a young age, where I fell in love with independent film. I was 15 when I made my first film, mentored by a local youth media program in conjunction with the Sundance Institute. At the time, I was struggling with how to self-identify as a non-Mormon, Jewish girl, coming from an interfaith family in a city where faith defines who a person is. Film became a catalyst for me to express my frustrations with socio-cultural-religious alienation and heal intergenerational wounds.

What is more defining for you, being an artist or social activist?

I identify as both. As a filmmaker, I’m inspired to create character-driven narratives about women, films about resilience and courage, power and perseverance, injustice and justice. I’m motivated to tell stories about people on the margins with fullness of complexity in unconventional, unexpected, and innovative ways.

Are there ever times when forced sterilization may be justified — for example, in the case of a brutal serial child abuser?

Our team believes in the fundamental human right to bodily integrity and we do not support the governmental forced sterilization of any human being as a punitive measure. In the words of attorney Cynthia Chandler: “We need to prioritize investment in addressing individual and systemic root causes of violence, not investing in corporal punishment that will certainly add to the trauma endured by an individual and increase likelihood of their continued violent behavior. Do we currently have a failsafe way of stopping abusive behavior toward children? No. We also do not have a cure for cancer but we continue to invest in finding one.”

Am I correct in assuming that most of these women are in jail because they ultimately retaliated against brutalizing partners, many of whom also brutalized their children?

80% of women who are incarcerated are mothers and according to the ACLU, it is estimated that 92% of all women in California prisons have been “battered and abused” in their lifetimes. The vast majority of inmates in women’s prisons are there for non-violent offenses and/or imprisoned for crimes of survival.

Do you feel that most of these women should not be in prison at all?

I believe in creating a safe, compassionate world without prisons. We cannot rely on imprisonment as a solution for addressing social ills. Women are the fastest growing prison population, with women of color disproportionately impacted. Prisons destroy the fundamental human right to family. Furthermore, with increasingly long sentences — locking people up throughout their reproductive capacity years — the prison industrial complex functions as a form of sterilization in itself.

What were typical scenarios in which these forced sterilizations occurred?

Between state audit and prison records, our team uncovered nearly 1,400 sterilization procedures performed between 1997-2013 during labor and delivery or unrelated abdominal surgeries. Many women who gave birth while incarcerated were asked to sign consent forms for tubal ligations during labor and delivery, or while under anesthesia. Some women remember signing a form, but believed they were agreeing to the birth procedure, and remain unaware they were sterilized. Oftentimes they were asked to sign a consent form they couldn’t read, didn’t understand, or was not in their native language.

Others report being coerced into consenting after being told that they were bad mothers, already had too many children, and/or were threatened. Numerous people have described how prison doctors unnecessarily prescribed hysterectomies to treat common complaints such as heavy bleeding or cramping. In some cases, patients were led to believe they had cervical cancer or tumors, when in fact they did not. Additionally, some people who were sterilized during unrelated abdominal surgeries still to this day do not know they were sterilized. Cisgender women of color and transgender men appear to have been disproportionately targeted.

A doctor quoted in the film is a believer in eugenics because, if nothing else, it saves the society money on welfare. How representative is that view?

The “cost-effectiveness” justifier has been used throughout eugenics history. I think it’s important to note that it’s not just one doctor, not just one prison. It’s not just one bad apple, one bad actor; it’s systemic. In the film, you see the multitude of layers of approval, and these procedures didn’t take place in prison. They took place in at least 23 different medical facilities across the state, including two teaching hospitals. So many people were complicit.

What was the most startling or eye-opening experience you had during the making of this film?

When I started “Belly of the Beast,” I had no idea that Nazi leaders came to California to learn from our eugenics history, and took those policies back to Nazi Germany — that history definitely isn’t taught in schools.

In what way did your film play a role in the recent legislation?

I’m thrilled “Belly of the Beast” contributed to this historic moment. The film helped create political will for reparations to pass, in addition to garnering nearly 20,000 signatures on a petition to Governor Newsom demanding reparations for California’s forced sterilization survivors.

Who will get reparations and how will the amount be determined? What kind of money are we talking about, and are you satisfied with that amount?

People who were sterilized 1909-1979, pursuant to state eugenics laws, and individuals who after 1979 were illegally sterilized while in California women’s prisons are eligible for reparations. Survivors will receive approximately $25,000. No amount of money will rectify what happened, but this is a first step. Additionally, I believe if we hold our institutions and state actors who have committed harm accountable, we can prevent future abuses from happening again.

What is the next step in addressing this issue?

I hope this creates a ripple effect. It’s time for other states to follow. Throughout the 20th century, more than 60,000 people were sterilized under state eugenics programs nationwide. Most recently, sterilization, a legacy of the country’s eugenics practices, was being used against immigrant women in detention centers in Georgia, making it clear that forced and involuntary sterilizations have never stopped in the U.S.

Additionally, our team sent Freedom of Information Act (FOIA) requests to dozens of states across the country and we know of at least eight states that allow for sterilizations under certain conditions. In speaking with other organizations across the nation who work with people in women’s prisons, we know that the sterilization abuse persists, yet we do not know to what degree.

I hope “Belly of the Beast” is a part of the broader conversation that highlights these injustices, advocates for lasting change, and calls for immediate redress.