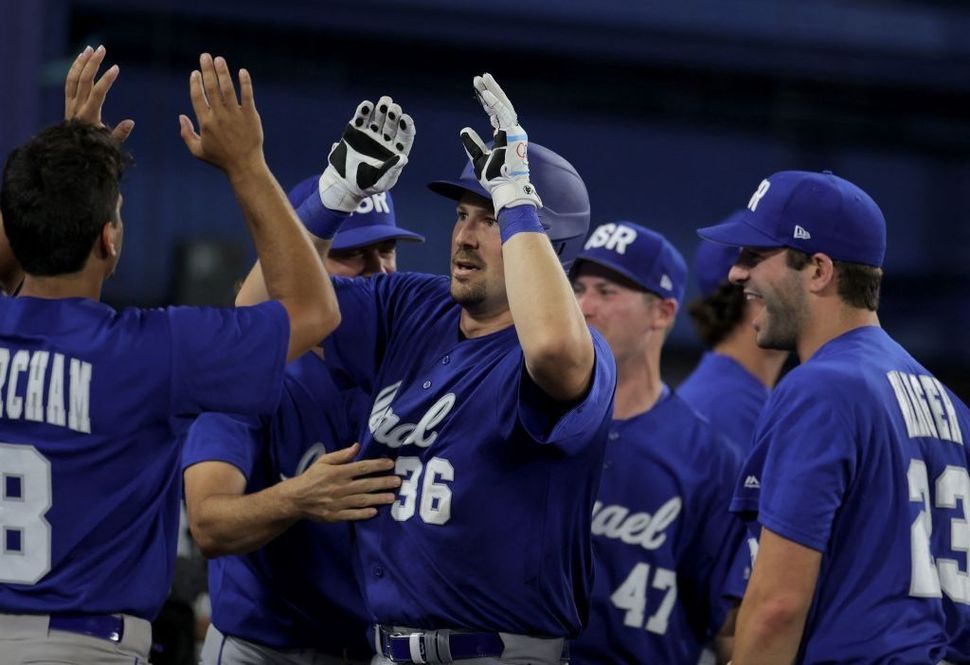 Members of Israel’s Olympic baseball team at their game against South Korea. Photo by Getty Images

It was one of the big early stories of the Tokyo Olympics: The cardboard beds.

Sure, athletes were told the beds were an attempt to reduce waste, since the materials used to make them are sustainable and easily recyclable. But in the Olympic Village and international media alike, the rumor quickly spread that the beds were intentionally fragile to prevent athletes from, ahem, socializing too much, and potentially spreading COVID along the way.

Well, now we know what it really takes to break one of those beds: nine members of the Israeli Olympic baseball team, all jumping on it at once, as chronicled in a TikTok video posted by pitcher Ben Wanger.

Team Israel weren’t the first to show the public their attempts to test the beds’ sturdiness. Athletes from around the world tried their strength with various vigorous activities — performing clap push-ups, jumping jacks and even dramatic movie scenes involving fainting. But the beds held strong before the baseball team took on the challenge.

The fact that the team actually did break the bed has resulted in some blowback. Wanger removed the video of their feat from TikTok, and replaced it with an apology in which he clarified that the bed was a spare and that all the beds would be recycled after the games anyway. He added that he finds the beds comfortable, appreciates the efforts toward sustainability and that “Japan has done an exceptional job” with the Olympics as a whole.

Wanger, who grew up in Newton, MA and is the grandson of a Holocaust survivor, graduated from Yale with a degree in economics and environmental engineering. He earned a master’s degree from the University of Southern California, and is currently working on a second master’s in international business. To play for Israel, he had to get dual citizenship; he told the Miami Herald that playing for Team Israel has given him “a new window into the Jewish culture and religion and kind of a new identity.”

This is the first time since 1976 that Israel has qualified for an Olympic team sport. Wanger and his bed-breaking teammates played South Korea on Thursday, losing 6-5, and will play the U.S. on Friday.