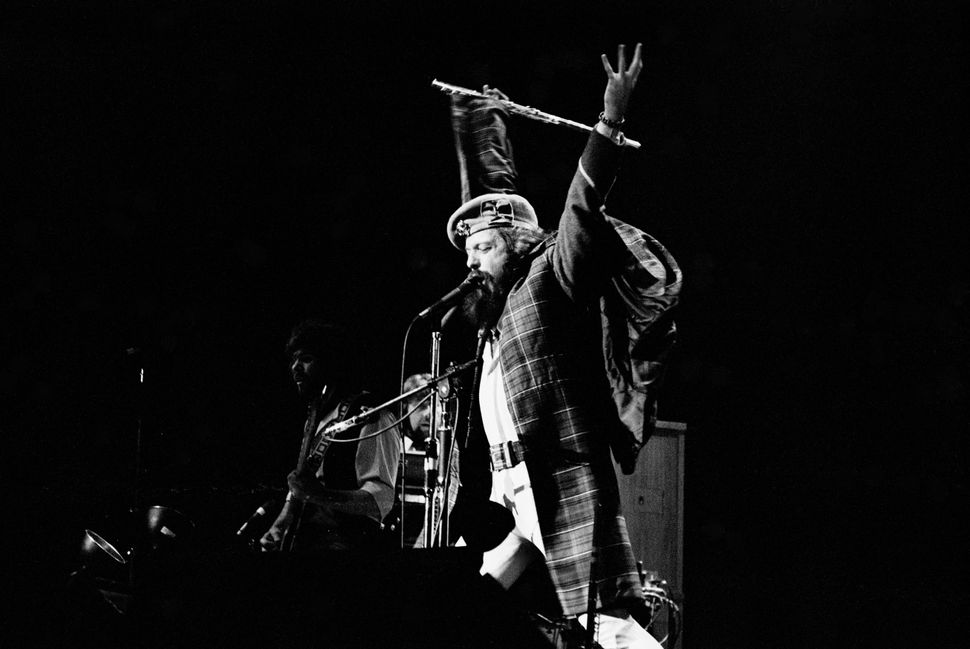 Jethro Tull, circa 1978 By Getty Images

Ian Anderson, the founder and frontman of British rock band Jethro Tull, was born 73 years ago today (Aug. 10, 1947). The talented songwriter and vocalist would grow up to play seemingly any and every instrument, including guitar, keyboards, bouzouki, balalaika, saxophone, harmonica and a variety of whistles. He has also been called “the best one-legged flute player in the world” for his penchant for standing on one leg (he does indeed have two) while playing his favored instrument, which gives the band its unique sound.

While the group’s founding guitarist, Mick Abrahams, was not Jewish, Anderson has dealt widely with religion in and outside song and has demonstrated an appreciation for the Jewish roots of Christianity as well as the realities facing Jews in the 21st century.