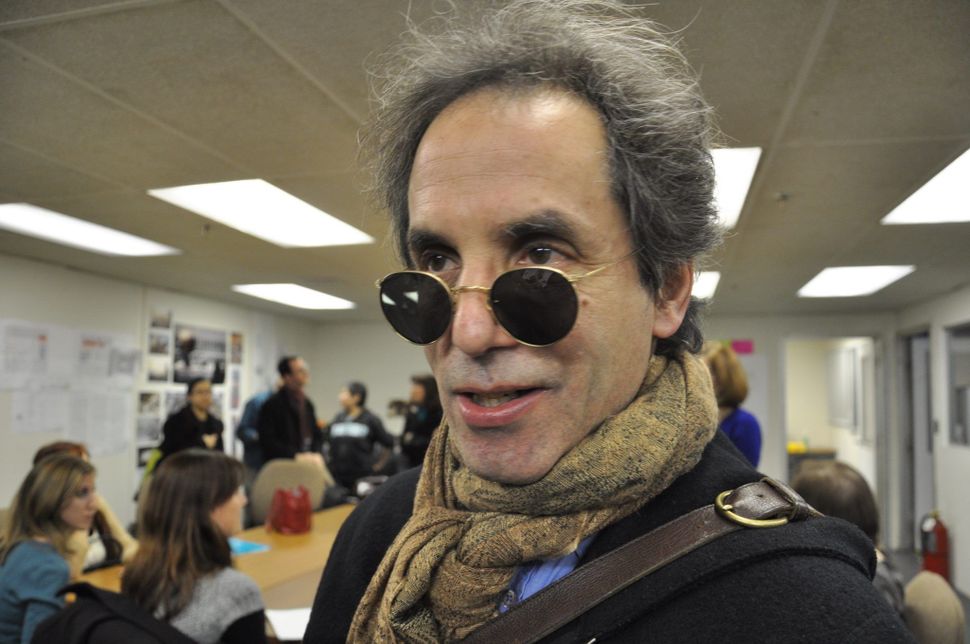 The Outsider: Before he became creative director of the 9/11 museum, Michael Shulan was known as a struggling novelist who owned a storefront in Soho. By Abramorama

Now as we approach the 20th anniversary of the terrorist attacks, “The Outsider,” a flawed but nonetheless fascinating documentary detailing the museum’s creation, is premiering on Facebook, the first movie to make its premiere on that platform. Shortly thereafter, the film will arrive in theaters and on other streaming platforms.

Helmed by Emmy Award-winning Steven Rosenbaum and Pamela Yoder, the 83-minute flick recounts the complex, contentious process of creating the space — a 110,000 square foot subterranean warren of galleries beneath the memorial’s two giant pools of water.

In addition to grappling with budgetary issues, time constraints and the unanticipated damage caused by flooding from Hurricane Sandy, there were many pressures brought to bear from the survivors of 9/11 victims to the first responders to the Islamic community; each had its own agenda.

But at its core, the film, interspersed with gritty and at times poignant, archival footage, focuses on the feuding viewpoints of the museum’s planners who include curator Jan Ramirez who was responsible for selecting the artifacts to be displayed; Lou Mendes, formerly a construction worker who ran the WTC site during the rescue and recovery and later served as the senior vice president of design and construction; and Tom Hennes, lead exhibition designer, hired to design, create and install the museum’s exhibitions.

And then there was the boss, the strong-willed, yet accommodating, museum director Alice Greenwald, who previously served as associate museum director at the Holocaust Museum in Washington, D.C. Her vision for the 9/11 museum, arguably appealing to the sadness and rage of those who lost loved ones, often ran counter to those of her colleagues. And, though it is never stated, it’s hard not to wonder if they believed her ideas somehow endorsed Islamophobia and jingoism.

Greenwald’s most vocal opponent was creative director Michael Shulan, who embodied a broader, more encompassing interpretation of events. He wanted the museum to place the terrorist attacks in a larger historical and cultural context and to explore their aftermath, including the wars in Afghanistan and Iran, increased surveillance here and abroad, and the rise of nationalism.

Shulan wanted the exhibitions to evoke an evolving narrative informed by changing times and understandings. In the end, though, the museum is more closely allied to Greenwald’s ambitions, using artifacts, recordings and images to explore the attacks and their immediate aftermath.

Shulan is the hero of this film, the title character and his unlikely journey serves as a portal to the events that unfold. He admits there was nothing in his life that prepared him for his institutional role, and he still seems puzzled by how he landed his gig with no serious curatorial skills in a world filled with high-profile museum professionals. It’s unclear how Shulan previously made his living (the production notes say he was a struggling novelist) short of owning an empty storefront space in Soho. 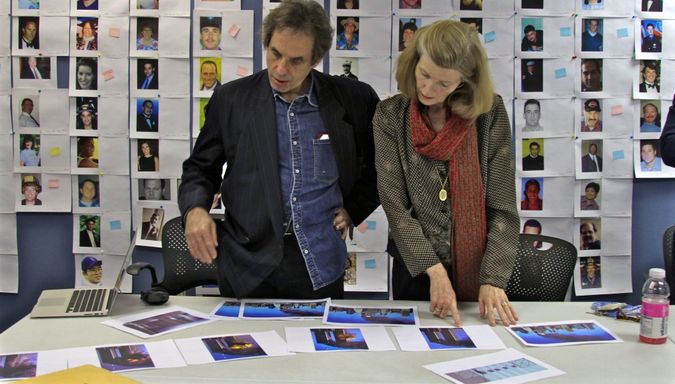 In the wake of the attacks, Shulan taped up a photo of the intact iconic towers in his storefront window, which inspired people to take pictures of his picture. Then, other photos relating to the towers and their demise poured in — war-torn landscapes; survivors fleeing the scene, firefighters charging into the towers. Within short order Shulan’s storefront space had become a makeshift, crowd-sourced photo gallery. Over the course of five years, he unwittingly became one of the world’s leading experts on 9/11 photography. Ironically enough, though Greenwald feuded with Shulan, she had wanted him on board precisely because he had an outsider’s vision.

What emerges most forcefully in the film is the level of debate that took place at every step of the process. Consider the selection of photos and videos. In one particularly disturbing video, as the towers disintegrate in flames, the camera captures workers trapped on the top floors crashing through windows and hurtling to their deaths hundreds of feet below. Two jumpers are holding hands.

Questions surface: Simply because it happened do you show it? Do you dare not show it? Do you have the right to edit it to make it more palatable or do you eliminate it completely on the grounds that it will turn visitors off and they won’t look at it anyway?

Issues of privacy and taste (however that may be defined) are front and center especially when surviving family members can bear witness. Do the visuals violate memories of loved ones? Do they dehumanize them and the survivors? And how should the photos be placed?

“The Outsider” is an eye-opener, a thought-provoking introduction into some of the more complicated, multifaceted issues faced in setting up any museum, let alone one commemorating an event as seismic as 9/11. Still, there’s a gap in the presentation. The filmmakers never really address the inherent politics of the warring viewpoints and that feels a tad disingenuous, as if the narrative is being fudged for whatever reasons.

It also might have been enlightening to learn more about the funding and what role the museum’s underwriters had in shaping its vision. The film’s narrator notes that it was privately funded (mostly through Michael Bloomberg), but does not talk about the people he brought on board — from the conservative Koch brothers to the liberal Jon Stewart.

The controversy surrounding the museum continues to this day. Some object to its tourist “destination” sensibility and Disney-like gift shop that sells 9/11 souvenir scarves and stuffed animals. And, new advocates have been emerging for those who were left out of the story altogether, specifically the undocumented heroic figures working at ground zero and now dying from diseases contracted at the site.

The movie has generated its own fallout. The museum is reportedly not happy and its lawyers have demanded the elimination of certain “disparaging” scenes. According to published reports, the museum objects to, as a case in point, shots of the gift shop (with its cutesy retail) juxtaposed with a grieving family member recalling a loved one killed in the towers. One thing is certain: The events of Sept. 11, 2001 cast a long, dark shadow. The wide-ranging, intense responses to the museum, its library and now the film, which will surely generate more debate, prove the point: 9/11 was the 21st century crucible.