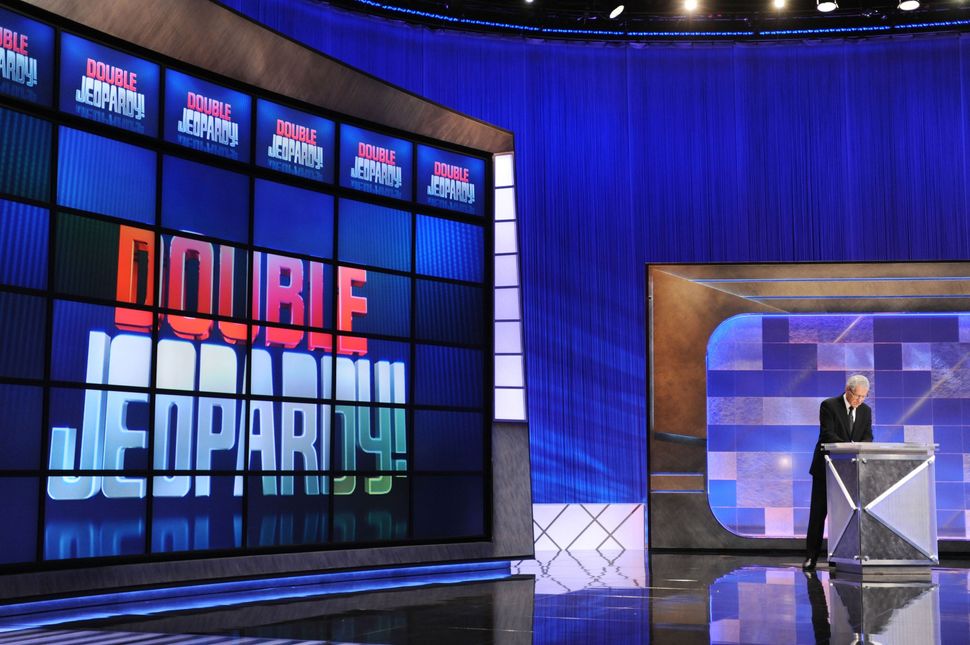 The nation’s favorite quiz show continues to have a host-shaped hole at its center with the sudden exit of Mike Richards. But who should fill it?

For years, Ken Jennings seemed the heir apparent. But if we want to talk sordid remarks on podcasts (and Twitter), he’s not much better than Richards.

The people want LeVar Burton, more, sadly, out of nostalgia and his gentle spirit than his gift for hosting this particular franchise (look I love Geordi and “Reading Rainbow” too, but he wasn’t the strongest fill-in — though he could certainly improve).

While Sony announced Monday that Mayim Bialik will serve as guest host for the foreseeable future, the search continues. I have some ideas about who should be the face of this beloved property, not all of whom were put through the gauntlet of the 7 PM slot. And, yes, my ideas are all Jewish people. Here’s my handicap of the candidates. 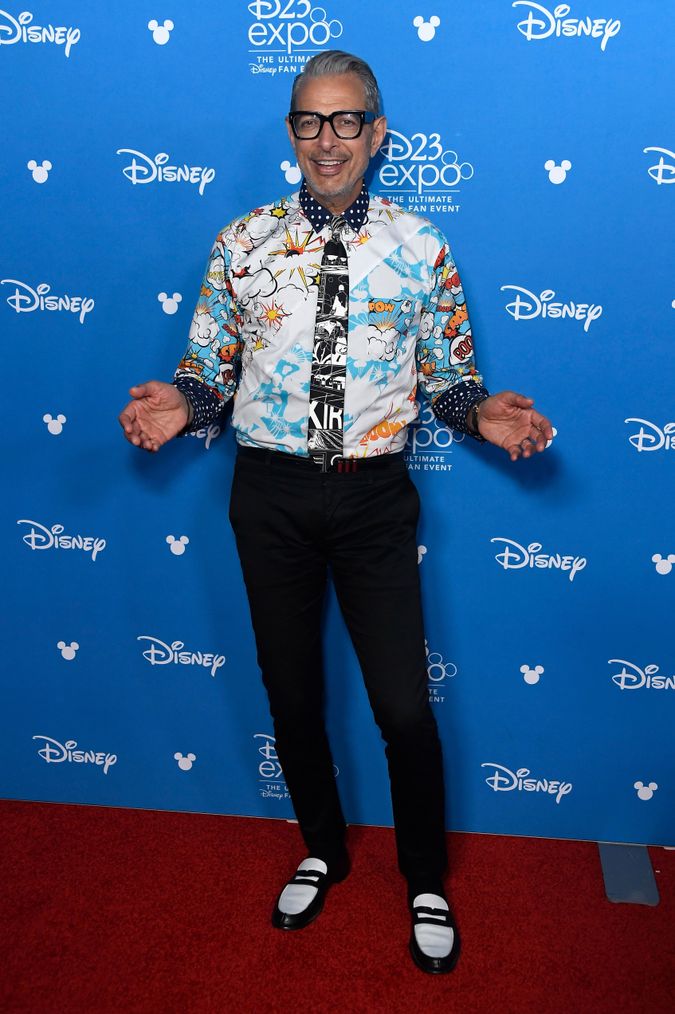 Goldblum’s thick-rimmed glasses and penchant for purring connote an idiosyncratic intelligence and a sui generis charm. He seems like a reach, but given the fact that he has a long history of following his arrow to whatever seems interesting — jazz piano, out-of-town productions of “The Music Man,” a National Geographic show — the veteran actor and living meme may be open to an offer. What is uh… a big opportunity.

Charisma: He’s not for everyone, but if you get it, you get it
Intellect: A man of voracious curiosity, if largely an autodidact
Scandals: Some as yet unsubstantiated rumors about making women feel uncomfortable or maybe worse
Ability to pronounce obscure or foreign words: His bread and butter. Also this.
Likelihood: Slim, but not impossible 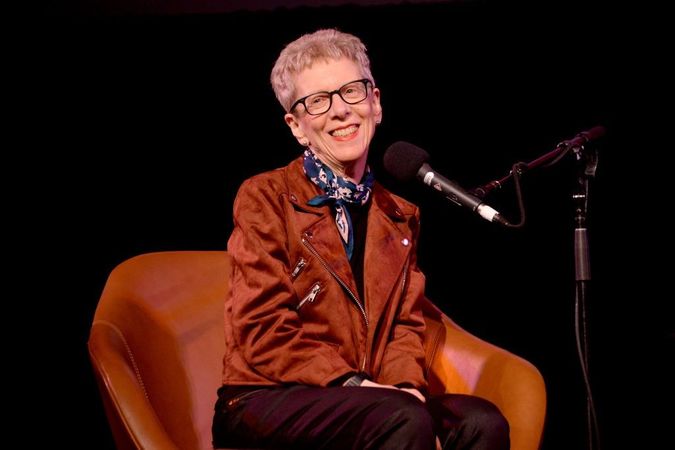 The only one who could make the interview segments interesting. Photo by Getty/Brad Barket/Stringer

The “Fresh Air” host will appeal to both viewers of “Jeopardy!” and regular listeners of public radio, a Venn diagram that I suspect is more of a circle. The only rub is, with her on board, the mid-show interviews may be more compelling than the actual game.

Charisma: I mean, her voice alone is winning
Scandals: In hindsight, that wasn’t a great Monica Lewinsky interview
Ability to pronounce obscure or foreign words: Probably good. The only one to ever knock it was Gene Simmons in an infamous interview where he came off like an abusive jerk.
Likelihood: Wouldn’t bet on it 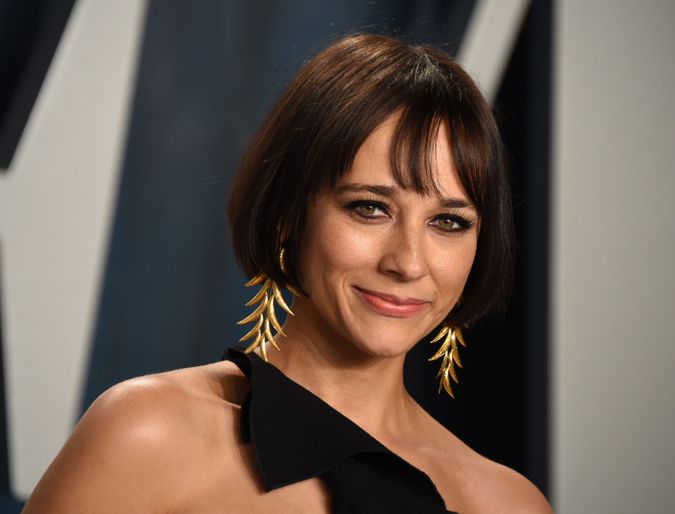 This decades-old franchise is in need of some younger energy, and Jones’ game vibe and sense of humor make her a great fit. Add to that that she’s Harvard-educated and her partner is Vampire Weekend’s frontman Ezra Koenig, and we could have a whip smart host and a new indie rock remix of the “Jeopardy!” theme.

Charisma: I mean, have you seen “Angie Tribeca?” (I suspect you haven’t; you should, it’s great.)
Scandals: Some people think Tavi Gevinson was writing about Koenig’s bad behavior in this piece for The Cut. But that’s not really Jones’ fault.
Ability to pronounce obscure or foreign words: She worked with the French fashion label Maison Kitsuné, whose name boasts both a French and Japanese word so I’m sure this won’t be an issue.
Likelihood: Stranger things have happened 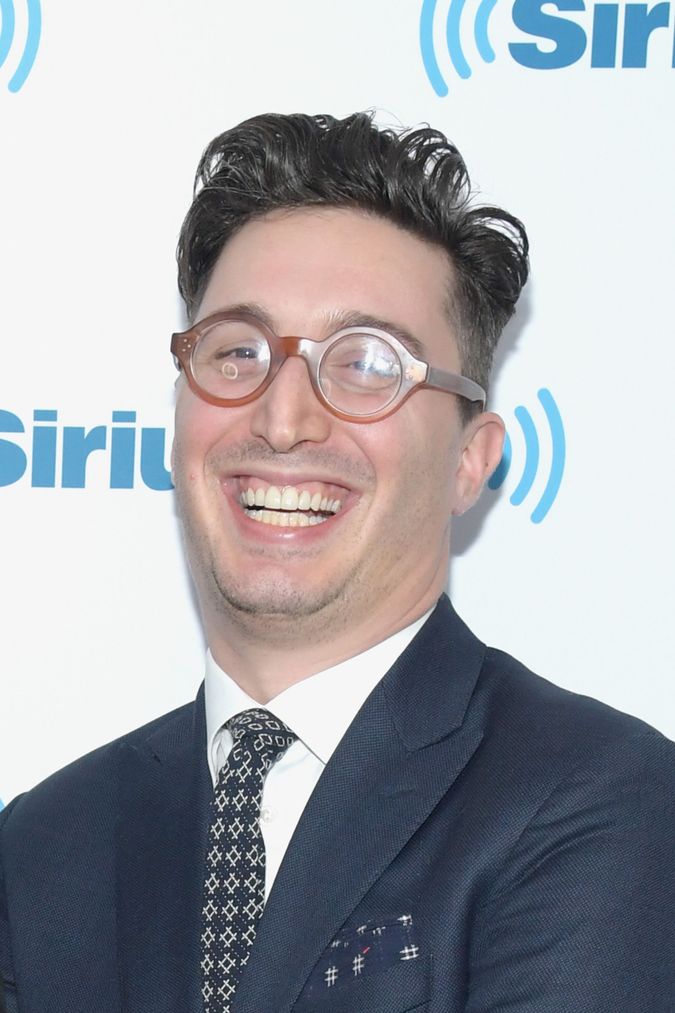 Cohen has some Buzz! And rightly so. The “Jeopardy!” vet was known for his natty fashion and podium-side pantomime. His smugness turned to humility when he started the guest hosting gig. He would still be a divisive host, with many viewers finding his mug incredibly punchable.

Charisma: As noted, controversial. Though apparently some found him sexy?
Scandals: He taunted Trebek, which could upset purists
Ability to pronounce obscure or foreign words: A scholar of New Jersey dialects
Likelihood: Pretty good if they have him back to re-audition 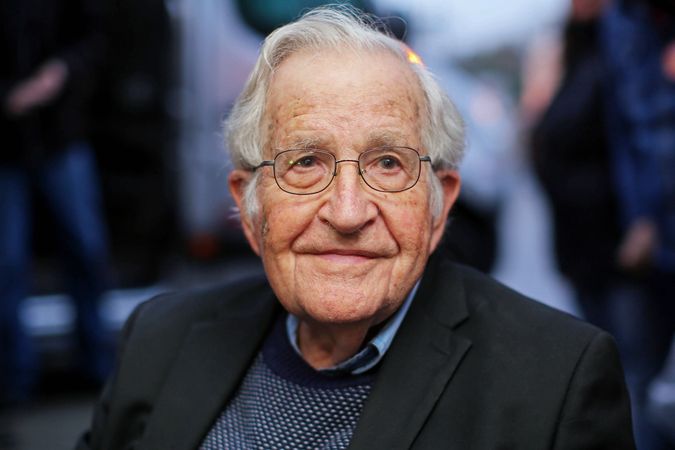 I’d love to see them make an offer. Photo by Getty/HEULER ANDREY/Contributor

What would the noted linguist, critic of broadcast media and libertarian socialist make of a game that trades knowledge for dirty lucre? I’d love to find out and all I could learn so far is that he really hated the IBM Watson computer.

Charisma: He’s polarizing, but boy do some folks love having him on Zoom chats during the pandemic.
Scandals: There was this whole thing, but I think that might not be why the producers may go in a different direction.
Ability to pronounce obscure or foreign words: He’s a linguist!
Likelihood: A hologram of Trebek has a better over-under 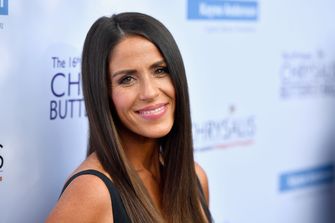 Ms. Frye would be the perfect complement to Mayim Bialik’s post as special events host. Another survivor of childhood stardom, and now a documentarian, this choice would further cross the wires of the many casual TV viewers who already confuse the two.

Charisma: As Punky would say “Holy macanoli!” She’s got it.
Scandals: Not sure. Possible that “Punky Brewster” reboot’s pretty bad.
Ability to pronounce obscure or foreign words: Her name is “Soleil,” so pretty sure she’ll take the time to get this part right.
Likelihood: Not great 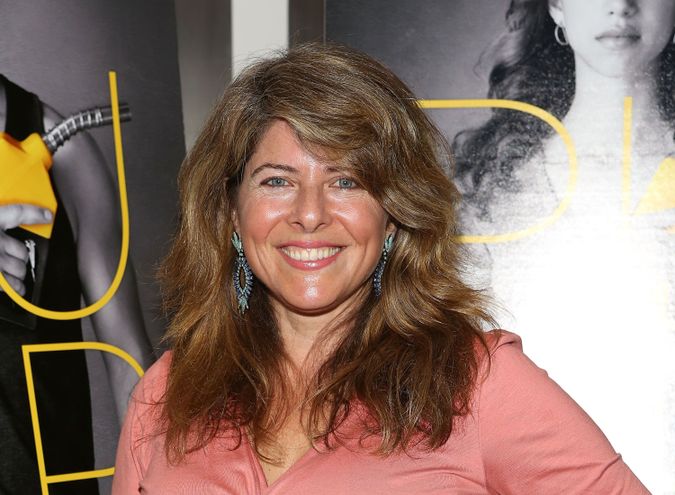 Feminist writer Naomi Wolf needs a win. After the premise of her latest book collapsed around her, she turned toward the tinfoil-hatted anti-vax mob following years of spewing conspiracy theories about ISIS and Edward Snowden. I can think of few better crucibles for redemption (or really just my own amusement) than “Jeopardy!”

Charisma: Say what you will about her — and there’s a ton to say — she has her fans.
Scandals: You know how hard you have to work to get banned from Twitter?
Ability to pronounce obscure or foreign words: She was a Rhodes Scholar; I’m sure she can say Barthes or Camus just fine.
Likelihood: Bad — and that’s a good thing 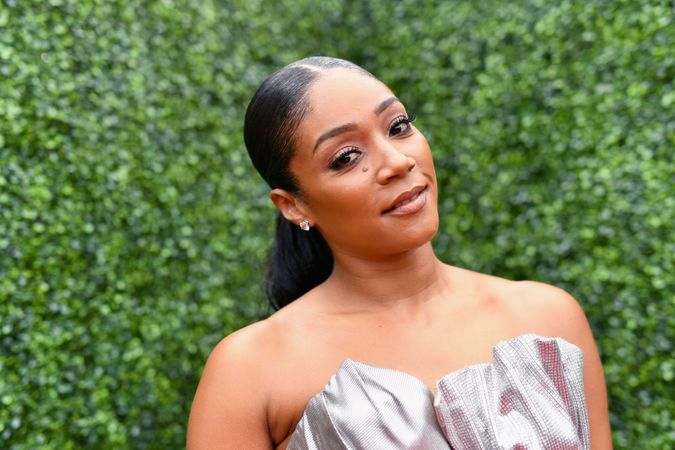 I’m ready for the Tiffany Haddish era of “Jeopardy!” Photo by Getty/Emma McIntyre/Staff

Having already served as the host of the rebooted “Kids Say the Darnedest Things,” the ever-effervescent Haddish is an asset to any show that needs a jolt of energy. Given that the one thing saving “Jeopardy!” from a soporific quality is its airtime, Haddish should definitely put in her bid to steer the ship.

Charisma: She is such a beam of light that we actually wanted to watch her bat mitzvah
Scandals: Apparently she supports the brutal dictator of Eritrea (sorry you had to learn that here).
Ability to pronounce obscure or foreign words: On the plus side, if she knows how to say Isaias Afwerki, the aforementioned dictator, not much will trip her up
Likelihood: ABC picked her once for hosting duty; it could happen again. 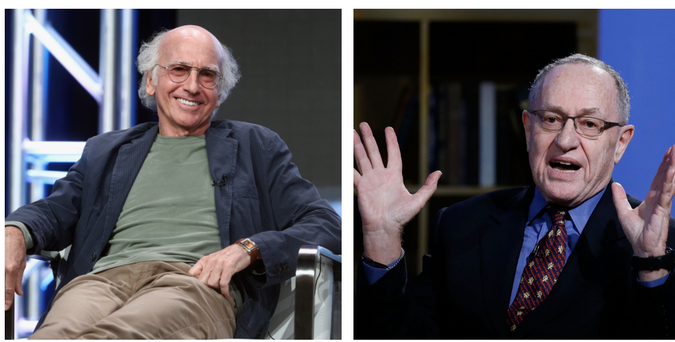 Hear me out. “Jeopardy!” seems to draw eyes from both sides of the aisle. Everyone wishes they were an eyewitness to that spat at the aisle of a grocery store at Martha’s Vineyard, where David yelled at Dersh. We get Dersh and David to alternate hosting duties. They complain about each other at the top of their respective slots, living up to the standard of the equal-time rule. We laugh and the country heals.

Charisma: Dershowitz may be the pariah of the Vineyard, but people keep putting him on TV; David would probably like to be a social leper, but alas, is beloved.
Scandals: David once performed some Shoah humor that wasn’t to everyone’s liking; for Dershowitz, I’d prefer not to get sued.
Ability to pronounce obscure or foreign words: Frankly I hope it’s something neither of them are great at.
Likelihood: About as likely as Dershowitz getting a dinner invitation to Chez David

America’s Favorite Game Show Host, born Bernie Liederkrantz, hosted a whole raft of programs on “Sesame Street” and remains the best alternative to LaVar Burton’s warm brand of nursery nostalgia. He has range, both vocally as a singer serenading the winner of the Letter of the day Pageant and topically, covering the weather as capably as numbers. He’s a man for all categories. For sponsors eager to get airtime, he was an expert pitchman for Brand X. He checks all the boxes.

Charisma: 10/10
Scandals: None to speak of
Ability to pronounce obscure or foreign words: Fluent in Yiddish, German, Hebrew and — from a Reykjavík study abroad — Icelandic
Likelihood: Alas. He’s the host we need right now, but not the one we deserve.