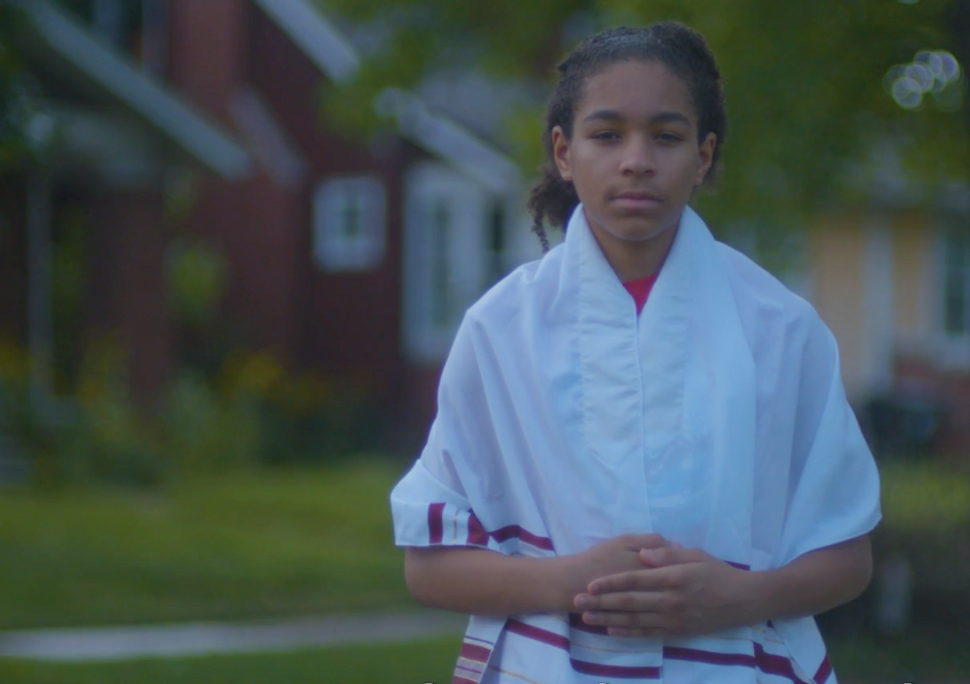 A still from the short film “Forgiveness.” Courtesy of Reboot

Last year’s High Holidays followed a summer filled with racial justice protests, as many Jewish communities reckoned with their treatment of Jews of color and broader history on issues of race.

Amidst this tumult, Aaron Levy Samuels, a co-founder of the media company Blavity, began to write a new poem, titled “Forgiveness.” The poem ties the atonement rituals of Yom Kippur to the fight for racial justice, exploring along the way the emotional space Jews occupy during that holiday.

The poem has now been brought to life in a short film made in partnership with Reboot, a Jewish arts and culture nonprofit, and Hillel International. In it, Samuels, who is Black, speaks about walking through a metal detector on his way into a synagogue, comparing his fear in that moment to the experience of being pulled over by the police, or being looked at suspiciously while buying candy in a new neighborhood as a child.

And he juxtaposes the rituals of Yom Kippur with the murder of Black people at the hands of the police, their names chanted over and over during the summer’s protests just as we repeat our sins during prayers.

“Elements of the poem’s words deal with, at different points of times, being a Black Jewish person engaging in a larger white Jewish community,” said Samuels in a Reboot discussion with poet Mahogany L. Brown. In making the film, he said, he wanted to center images of Black Jews, to show that “their stories are worthwhile to tell in and of themselves.”

The poem ends by examining the very concept of atonement, wondering whether it is truly possible to be forgiven for wrongs we committed knowingly. It’s an ambiguous conclusion: “Poems aren’t meant to have answers, necessarily,” Samuels said.