With its abortion bill and new gun laws, Texas is a blacklisted Jewish screenwriter’s Hollywood nightmare 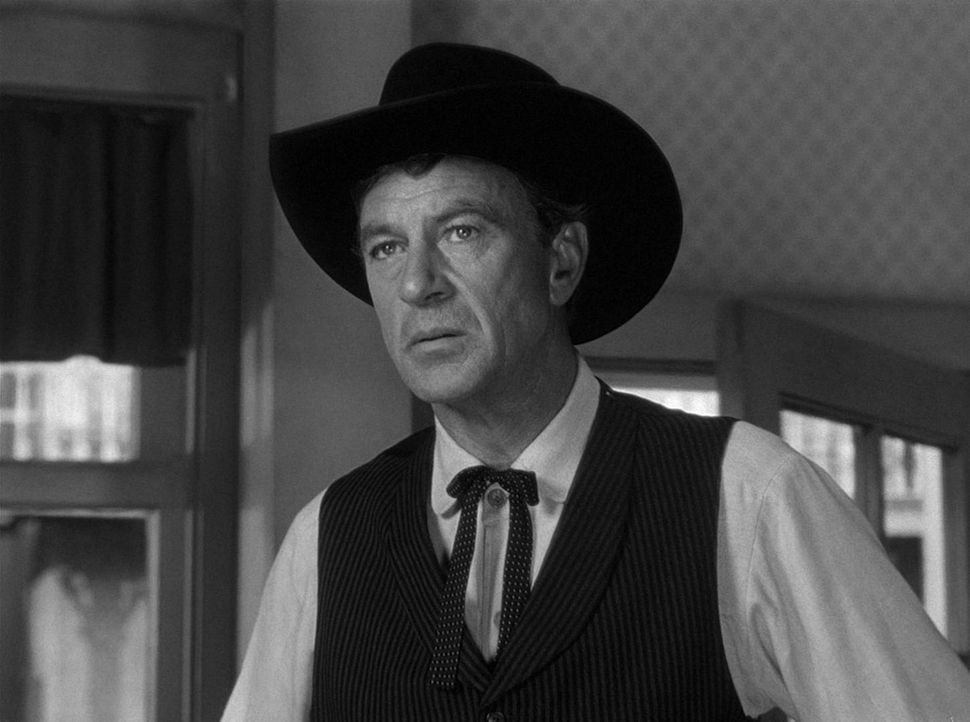 A marshal learns that a group of murderous gunslingers, led by a killer he had sent to jail, is heading to his town. After waiting in vain for volunteers at his office, he strides to the saloon and even the church to ask for deputies. Met with scornful jibes at the first and mournful gazes at the second, he leaves both places as alone as when he entered. The one friend who had agreed to become a deputy backs out, telling the marshal that he “did not figure on anything like this.

“Neither did I,” the marshal replies.

In 1951, the screenwriter Carl Foreman, the brilliant son of Russian Jewish immigrants, wrote these lines for “High Noon.” One of the first films named by the Library of Congress to its National Film Registry, “High Noon” distills, in starkly black and white images, the nature of justice in America’s wild west.

70 years later, as Americans learn of the passage of a new abortion law in Texas — a state that believes it embodies the spirit of the wild west — they too might conclude that they did not figure on anything like this. But it may well be that Foreman, unlike his creation Marshal Will Kane, would have figured it.

Earlier this week, Governor Greg Abbott signed into law State Bill 8, better known as the “heartbeat bill.” The bill bans all abortions once an ultrasound can detect an embryo’s heartbeat after six weeks or so of gestation. Or, rather, what anti-abortion activists claim is a heartbeat. Doctors, however, insist the term “heartbeat” is a misnomer: the kernel of cells that will become a person does not yet have a heart at this stage of development.

This embryonic detail, of course, is too small to bother Republican legislators in Texas, or those in several other states that have passed heartbeat bills. Yet Texas, where we do things bigger if not better, hatched a mutation of the earlier bills. Rather than require state officials to enforce the law — the constitutional barrier that the other heartbeat bills could not clear — S.B. 8 authorizes private citizens to enforce it by suing abortion providers.

In effect, Governor Abbott has just deputized every private citizen in Texas to carry out this law.

When I asked Brandon Rottinghaus, a specialist of Texas politics at the University of Houston, if “everyone” included parents who drive their daughter to an abortion clinic or a teacher who gives abortion information to an inquiring student, he replied with a guarded “yes.”

Any private citizen, he explained, “can sue an individual who ‘aids and abets’ a woman choosing an abortion as a procedure.” Rottinghaus added that while we still do not know what constitutes “aid,” he believed that my proposed scenarios would probably constitute “aiding and abetting.”

It is as if we have been thrust into a remake of “High Noon” where Kane enters the church in search of deputies. In this version, though, the churchgoers, rather than looking away, instead line up for their tin star. (How could it be otherwise, as evangelicals are the GOP’s base in Texas.)

Moreover, Kane would probably not be the only one packing heat. A new law went into effect on September 1 — the same day that Abbott signed S.B 8 into law — that permits Texans, with neither licenses nor training, to carry guns openly in public. We can carry them even into churches — unless, that is, signs are posted requesting that parishioners pray without their pistols.

What would Will Kane do? Or better yet, what would Carl Foreman say?

While working on the script in 1951, Foreman was subpoenaed to testify to the House Un-American Activities Committee. A former member of the American Communist Party, he knew the role the HUAC wanted him to play. Not only was he required to praise the committee’s work if he wished to pass the purity test, but he also had to finger other communists seeking the downfall of our country.

As Glenn Frankel recounts in his book on the making of “High Noon,” Foreman was struck by the convergence of his script and his life. “As I was writing the screenplay, it became insane, because life was mirroring art and art was mirroring life. It was all happening at the same time. I became that guy. I became the Gary Cooper character.”

Suddenly, the fictional bad guys gunning for the fictional marshal resembled the real bad guys gunning for real men and women in order to comfort their fiction of a red plot against America. No less suddenly, Foreman had a decision to make. Just as Kane had to decide whether to cut and run — as the good people of his town urged him to do — or stay and face his enemies, Foreman also had to decide whether to cut and run by naming names or stand up to his enemies and defend his own name. To his lasting honor, Foreman decided on the latter course.

The price was great. Foreman was blacklisted and effectively banished from Hollywood. Years later, he recalled, he would walk down a street and “see friends recognize you, turn and walk the other way.”

Cooper’s marshal confronts the very same reaction as he walks down the main street of Hadleyville. But this is where the remake’s narrative changes. Across our state, in cities and suburbs and even towns with well-preserved centers that resemble Hadleyville, the great danger is not having people look away, but instead look at us, secretly and carefully, in order to see our most private and intimate decisions.

This is not an unfortunate, but unintended consequence of the law. Instead, it is the law’s very purpose. It is meant to transform our neighbors into our potential nemeses who either believe this is a sacred duty to earn their god’s approval or a profane means to earn $10,000. (This is the bounty our state will confer upon those who succeed in prosecuting their suits.)

And where would Will Kane stand today? It is, of course, impossible to say. Over the years, he has personified as many political and ethical positions as there were gun shells left on the dusty streets of Hadleyville. But for all those Texans now protesting the passage of this law, and all Texans working through the judicial and political institutions to challenge it, they best understand Kane’s declaration to his friends and wife: “I’ve got to stay.”

With its abortion bill and new gun laws, Texas is a blacklisted Jewish screenwriter’s Hollywood nightmare