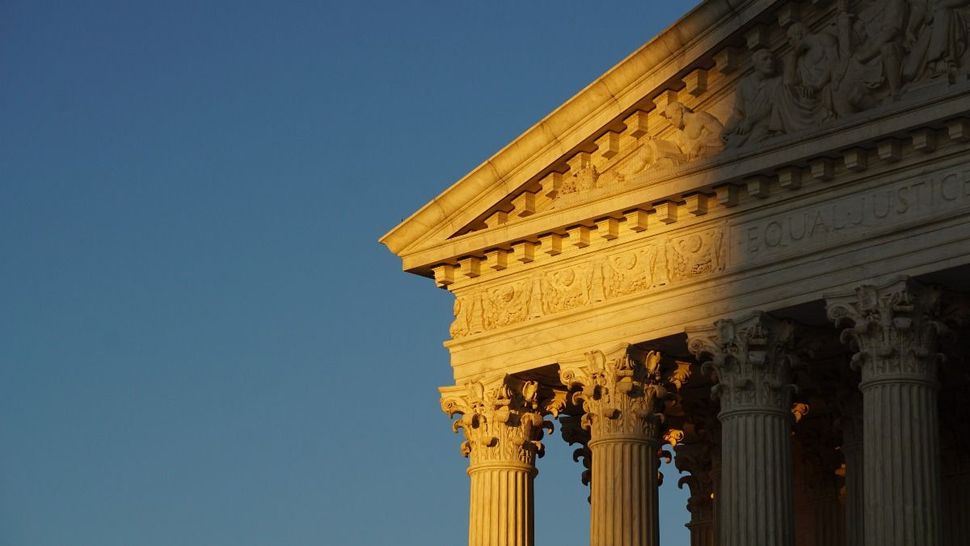 Scrolling through Twitter in her pajamas Tuesday night, Rabbi Danya Ruttenberg learned that the Supreme Court would allow a strict anti-abortion law to take effect in Texas.

“Honestly, I was shocked, though I know I shouldn’t have been,” said Ruttenberg, who last year launched Rabbis for Repro, a group of Jewish clergy who work to protect access to abortion. “I’m a human being. I was hoping for a miracle.”

Little more than a year old, the group has grown to more than 1,000 who have signed a pledge to speak out “about reproductive rights and Judaism.” They have lobbied lawmakers and held “Repro Shabbats” at more than 350 synagogues. But now, as the Supreme Court sends what many interpret as a sign of its willingness to overturn Roe v. Wade, the 1973 case that legalized abortion nationally, the rabbis are recommitting to their mission.

“The necessity for having a religious and moral voice around reproductive health rights and justice is more clear than ever before,” said Ruttenberg. “And we are organizing.”

Formed under the umbrella of the National Council of Jewish Women as part of one of its core directives, to advance women’s health, the group aims to put a religious Jewish face on the movement to preserve access to abortion. Jewish teachings, its members hold, support and even require abortion rights — and congregants, lawmakers and others need to know that their faith drives Jewish activism on the issue. 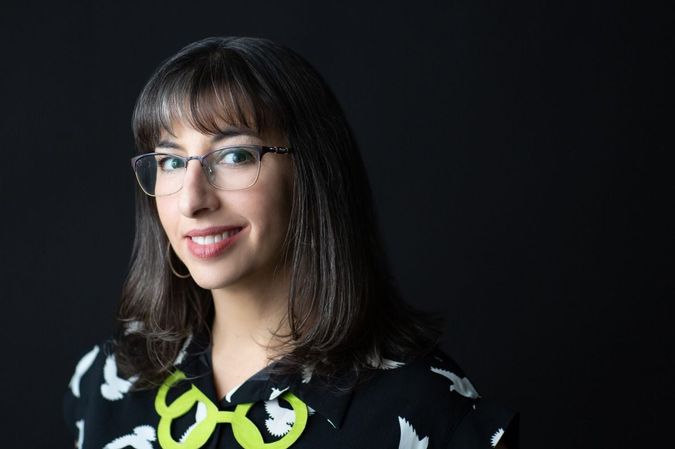 Rabbi Danya Ruttenberg launched Rabbis for Repro last year under the auspices of the National Council of Jewish Women. Photo by Sally Blood

A key text for Rabbis for Repro is from the Torah — Parshat Mishpatim, which deals with the accidental death of a fetus. “Causing a miscarriage isn’t manslaughter, so the fetus doesn’t have the status of personhood,” said Ruttenberg, the NCJW’s scholar-in-residence.

The ranks of Rabbis for Repro grew fast, said Ruttenberg, who seeded the group with some of the most influential clergy in the nation before she invited others to join. Rabbi Rick Jacobs, head of the Union for Reform Judaism, was an early signer of the pledge, as was Rabbi Jacob Blumenthal, who leads the United Synagogue for Conservative Judaism.

“Did anyone say ‘no?’ I can’t think of a single person,” said Ruttenberg. “They are engaged and showing up.”

Most Jews — 83% according to the Pew Research Center — favor abortion rights, making them among the most supportive religious groups in the nation. And though the country as a whole is split over the morality of abortion, a majority supports Roe.

But the movement to protect abortion rights faces scores of increasingly restrictive abortion measures passed by state legislatures emboldened by a Supreme Court whose three newest justices are appointees of former President Donald Trump. He had promised a court prepared to overturn Roe. The court is scheduled to consider a Mississippi challenge to that landmark case in its upcoming session this fall.

In the face of these legal challenges, the rabbis, cantors and other ordained members of Rabbis for Repro have promised to redouble their efforts. For many of them, that work starts in the pulpit.

‘The house is on fire’ 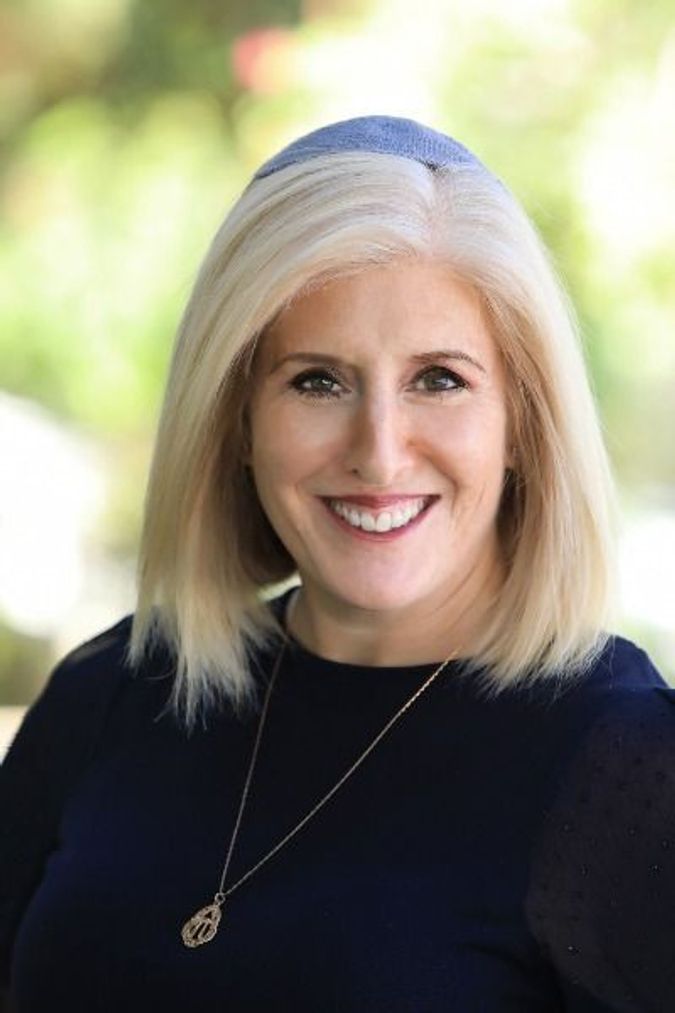 Rabbi Mara Nathan of San Antonio’s Temple Beth-El has long planned to make the assault on abortion rights the topic of her sermon on the first day of Rosh Hashanah.

She’s going to tweak her sermon to talk about the Texas law that became national news this week. And if someone who can’t get an abortion seeks her help, she said, she and her allies in the Jewish community would come up with a plan.

“I would find the funds to get them out of Texas and get what they needed,” Nathan said. “And I also know we have allies in the congregation who would help.”

Most of her congregation supports abortion rights, she said, predicting some, but not much, pushback after her Rosh Hashanah sermon, from which she shared a passage:

“Jewish tradition sees….the rights of the fetus [as] secondary to the rights of the mother up until the moment of birth. In the Talmud, Rav Hisa states: If a woman was giving birth and her life was being endangered by the fetus, the life of the fetus may be sacrificed in order to save the mother. [In this case,] the fetus is a pursuer who is endangering his mother’s life.”

In Houston, another member of Rabbis for Repro, Joshua Fixler of Congregation Emanu El, said the high court’s inaction on the Texas law may wake some to the possibility that Roe may soon be overturned. “Noticing the house is on fire is better than not noticing,” he said. 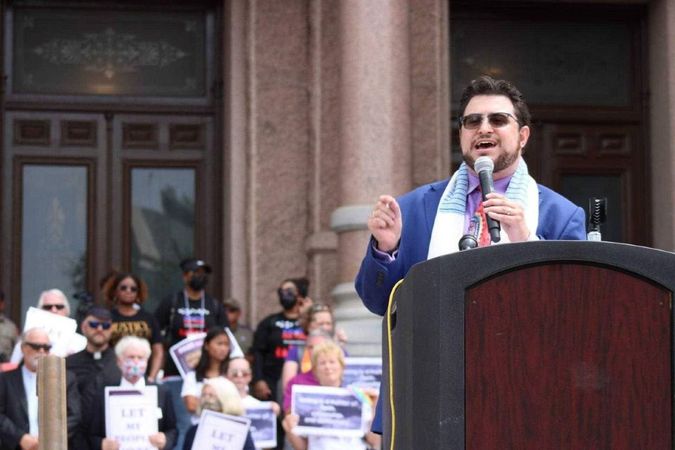 Joshua Fixler of Congregation Emanu El in Houston is a member of Rabbis for Repro.

Rabbi Fixler, who after college spent two years working for the Religious Coalition for Reproductive Choice, participated in Rabbis for Repro’s lobby day in May, when 75 Jewish clergy across the country met with their U.S. senators and House members. Their goal was to convince the politicians to co-sponsor two pieces of legislation drafted to protect abortion rights should the Supreme Court overturn Roe.

“In the end we had 29 new sponsors,” said Ruttenberg.

Fixler met with Republican Texas Sen. John Cornyn, an opponent of abortion rights who would likely not sign on to the bills. But it’s still important that Jewish voices on the topic are heard in the halls of power, Fixler said.

“So much of the discourse out there pits people who are pro-choice with people of faith. That’s a false dichotomy,” he said. “We have the opportunity as Jews to show that our support for reproductive justice is rooted in our Jewish values and our Jewish texts and I have found that elected officials find that surprising and motivating.”

Some Jews, mostly Orthodox, oppose abortion, and have been active in the movement to overturn Roe. But Ruttenberg said that Orthodox Jews are represented in Rabbis for Repro. That subgroup includes Rabbi Shmuly Yanklowitz, a popular writer and motivational speaker, and several Orthodox women who have been ordained and use the titles maharat or rabba.

Orthodox theology does not assign a fetus the status of a person, as do many Christians opposed to abortion, Rabbi Avi Shafran, a spokesman for Agudath Israel of America, a leading Orthodox group, told the Forward in 2019. And abortion is permitted in Orthodoxy to save the life of the mother and sometimes for other medical complications with permission from one’s rabbi.

Fixler said although most Jews are supportive of abortion rights, some take Roe for granted, perhaps because many, though certainly not all, have the means to travel for an abortion in a state where it remains accessible.

Jews teaching Jews about the importance of protecting reproductive rights, “may feel like preaching to the choir,” he said. “But it’s time for the choir to get up and sing.”