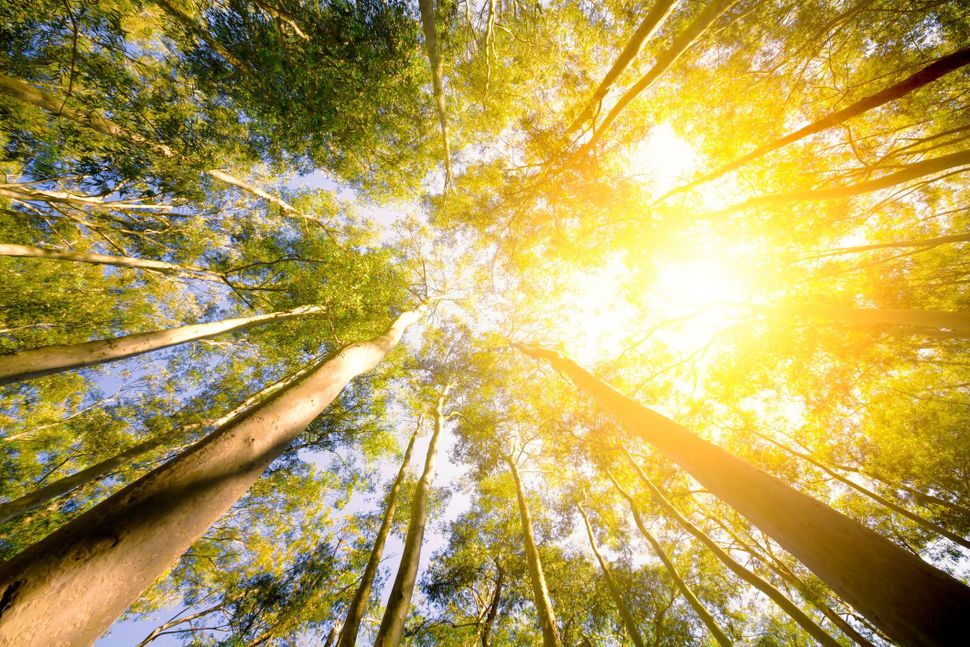 A few years ago, a colleague asked me what makes the High Holidays so high.

“Sounds like a slacker’s line in a Linklater film,” she laughed. “You know, D-A-Z-E of Awe.”

I smiled, but uneasily. During the one Jewish holiday that, above all others, demands reverence, the joke seemed irreverent, even irritating. But was it possible that this irritation issued from my own irresolution over this time of year? That I needed a sense of awe in my life that could be found somewhere other than in biblical quotes or satirical quips?

Yamim Noraim, or Days of Awe — aka, the High Holidays — is that period in the Jewish calendar which stretches not just across 10 days, but also across nearly six millennia and counting. Bookended by Rosh Hashanah and Yom Kippur, it is that period — one we are now traversing — infused by the fear of heaven and the fear for our souls; the dread of God and the dread that we will always already fall short of God’s expectations.

For the faithful, the prospect of divine judgment is truly awesome. It expresses the fear and trembling that envelops the account of Abraham’s binding of Isaac. It measures the distance between their frailty and finitude and God’s eternity and infinitude. From the perspective of the living God, the U-Notaneh Tokef reminds us, we are no more than a broken potsherd or a passing shadow.

The sensation of awe, I believe, is vital to a life well-lived. But what is to be done by those of us who are unwilling or unable to believe in this divine order?

In 1757, the Anglo-Irish thinker Edmund Burke anticipated this question in his famous essay on the sublime and beautiful. By the former term, Burke meant the sensation of astonishment — a mixture of terror and wonder — that staggers us when we stumble upon something magnitudes greater than our finite minds. Aspects of the natural world — towering mountains or tempestuous seas, a dark forest or a blinding desert — can also heave us, Burke insisted, into a state of “sacred and reverential awe.”

A contemporary of Burke’s believed that awe rhymes with Achtung. Not the “Achtung” that commanded my attention as a kid when Sergeant Schultz announced the arrival of Captain Klink in “Hogan’s Heroes.” Instead, it is the Achtung invoked by the German philosopher Immanuel Kant. By Achtung, he meant those moments when we are struck not just by the sublimity of the natural world, but also by the sublimity of the moral world. 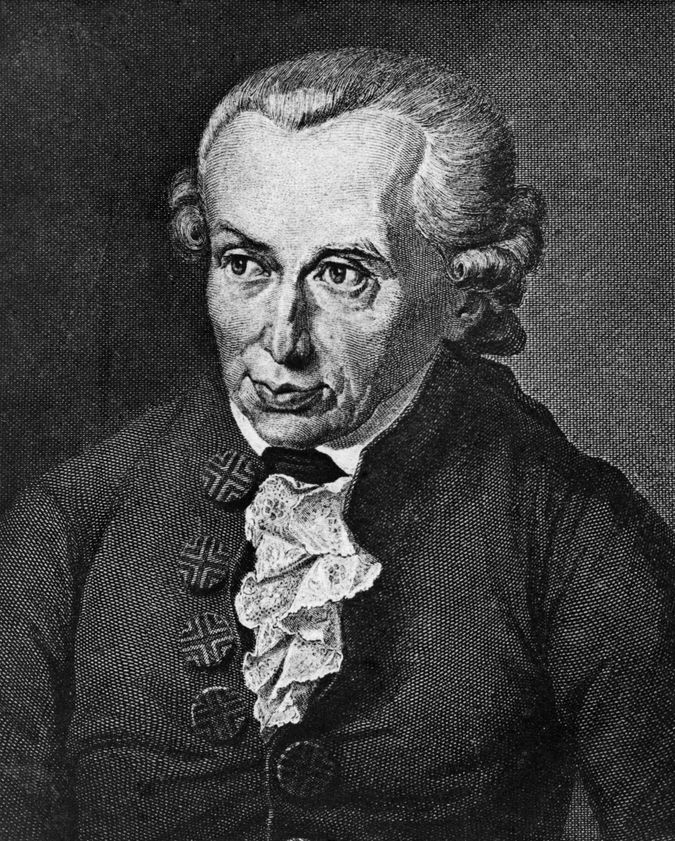 Sublime Philosophy: Immanuel Kant maintained that, when we see a fellow human being follow, regardless of cost, a universal moral law, the act is awesome. By Getty Images

When we see a fellow human being follow, regardless of cost, what Kant believed was a universal moral law, the act is awesome. This might be as mundane as a person who returns a lost wallet without leaving their name, or as miraculous as a person who loses their life to save another.

As Kant knew, it is almost always more tempting to ignore moral laws than to obey them. While all of us know the moral laws, we know that not all of us act upon them when called upon to do so. And so, as we sleepwalk through our lives, we suddenly awake — snap to attention, really — upon seeing another act on a maxim they quite simply know should apply to all men and women.

Achtung occurs at moments when another’s gesture or word marks our lives, commands our respect and evokes our reverence. The constant exercise of Achtung, Kant writes, makes us “worthy of humanity.” We make ourselves worthy by acknowledging the dignity of humanity in every other human being. This moment, Kant concluded, reminds us of “the reverence that must be shown to each and everyone.”

If we were to step back from the 10 days of awe, we would see several phases of awe unfold over time. Something of a shapeshifter, awe spills from the other-worldly to the this-worldly, cascading across not just eternity but also the everyday, located not just outside but also inside us. Not surprisingly, a growing number of psychologists are trying to explain why human beings experience this emotion. Awe, what is it good for? Well, just about everything, researchers reply. Its source, though, is found in Darwin, not Deuteronomy.

Curious about the impact of awe-inspiring experiences on the mind, [Darcher Keltner](https://greatergood.berkeley.edu/article/item/why_do_we_feel_awe a researcher at the University of California, Berkeley, undertook a series of studies. In one, his team placed a group of volunteers in front of a grove of monumental eucalyptus trees and gave them few minutes to gaze upon it. A second group was herded in front of a bland building and invited to stare at it for the same amount of time. Each group was then led to a spot where, according to Keltner’s script, a passerby stumbled and dropped several pens on the ground.

Need I tell you which group picked up and returned more pens to the shill?

For Keltner, this and similar tests reveal that the experience of awe leads people to cooperate, share and sacrifice for others. “Being in the presence of vast things,” Keltner suggests, “calls forth a more modest, less narcissistic self, which enables greater kindness toward others.”

In a way, the work of contemporary researchers like Keltner (and his colleague Jonathan Haidt), takes us full circle. For practicing Jews, the Days of Awe call for prayer and repentance. They also call for reflection not just on themselves, but on their world as well. Just as one need not be a religiously observant Jew to observe the sorry state of the world, one need not be a practicing Jew to practice tikkun olam, or the task of repairing the world.

Keltner urges us to take the time to pause and open our minds to those things — most often found in the world beyond our screens — which we do not fully understand. “You will be the better for it — and, as your feelings of awe ripple out through acts of kindness, so will the rest of us.”

Awe could make mensches of us all.