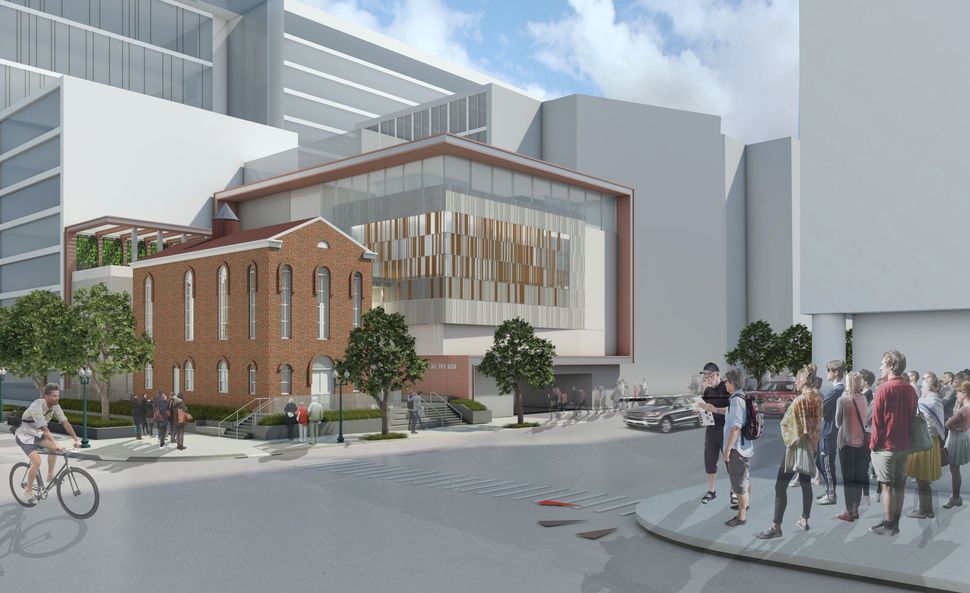 A rendering of how the museum will look when it opens in 2022. Courtesy of Capital Jewish Museum

For more than 60 years, the Jewish Historical Society of Greater Washington has been recording the Jewish story of the nation’s capital. Next year, that story will be available for all to peruse in the new Capital Jewish Museum — a Washington D.C. first.

From New York to Philadelphia, Baltimore and New Orleans, Jewish museums have highlighted local, national and international Jewish heritage while hosting receptions, community events and dialogue on controversial issues of the day.

In D.C. that wasn’t the case, and for years the closest thing Washington-area Jews had was the United States Holocaust Memorial Museum.

“The Holocaust museum has been an anchor in Washington D.C. for a long time, but we’ve never had a museum that talks about the life, culture and history of Jewish D.C.,” explained Kara Blond, director of the Capital Jewish Museum.

That history goes as far back as the 1790s, when the first Jews settled in the city. The community slowly grew over the 1800s until it numbered in the thousands at the turn of the 20th century and today, in the 21st, totals more than 300,000 in the Greater Washington metropolitan area. 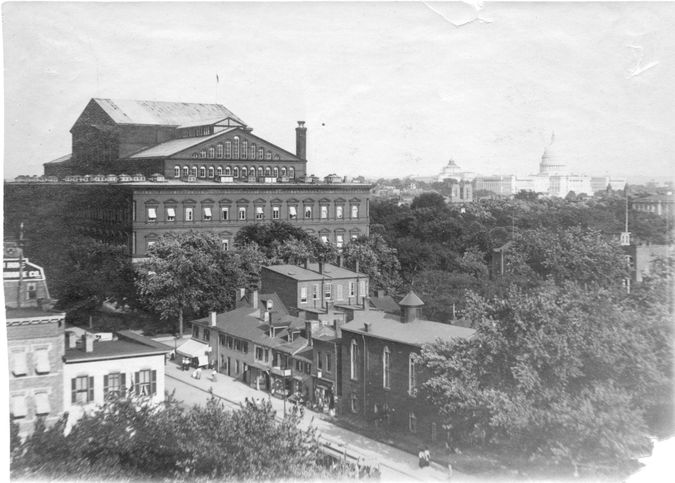 The original Adas Israel synagogue building in 1900, not far from its current place inside the museum. Courtesy of Capital Jewish Museum

To tell the community’s story, the building itself will be a merger of old and new, incorporating the original brick building of one of the Districts’s oldest synagogues, Adas Israel, into a more modern structure of metal, glass and concrete. It is designed by by Smith Group, the same architecture firm that designed Washington’s Museum of the Bible and the National Museum of African American History and Culture.

“They’re real museum designers at heart, which has been fun to work with,” Blond said.

Originally constructed in 1876, the Adas Israel building — which hosted President Ulysses S. Grant at its dedication — had to be lifted in its entirety and transported through the city (for the third time in its history) to be put into place in the new museum.

“We’ll use this space to bring in school groups and go back in time, showing them what it would have been like here in 1876, just after the Civil War when the city was changing so quickly. That was the time when the Jewish story in Washington really took off,” Blond said.

Since the museum will be in the nation’s capital, the curators know that it won’t just serve the local Jewish community, but will also be a stop for the scores of domestic and international tourists who visit Washington each year.

“The museum we are building is a local museum, but because we are the nation’s capital, it’s also very much a national and international set of stories that we are planning on telling here,” Blond said. 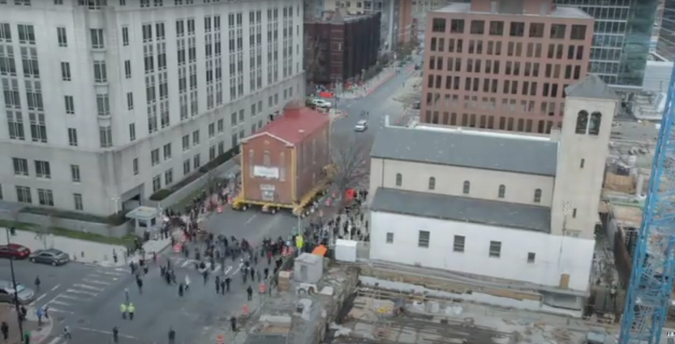 The original Adas Israel building was lifted in its entirety to be wheeled into place inside the museum’s building. Image by Screenshot/Youtube

The museum will juxtapose the story of Jewish Washington with exhibits on the American Jewish community’s history of activism and the struggle for civil rights and racial justice for all Americans.

“The mission of the museum is ‘Connect, Reflect, Act.’” Blond said, “So we’ve created a student and family-driven education space that will have hands-on objects and activities for school groups and families to start thinking about what action looks like for them.”

The museum will occupy some 31,000 square feet on the corner of 3rd and F streets, just a few blocks from the Judiciary Square metro stop, placing it right between some of the nation’s highest courts and Georgetown University’s law school. It’s also only a few blocks from the Washington offices of Hillel and AIPAC.

Though the physical space isn’t expected to open until the fall of next year, that doesn’t mean the museum is waiting until then to get started with events and programs. This week, in collaboration with the National Building Museum, and the Edlavitch D.C. JCC, the museum is presenting Sukkah City x DC, an exhibit of unique sukkot which mix sustainable architecture with Jewish tradition.