He read over 27,000 comics — and now he knows everything about the Marvel universe 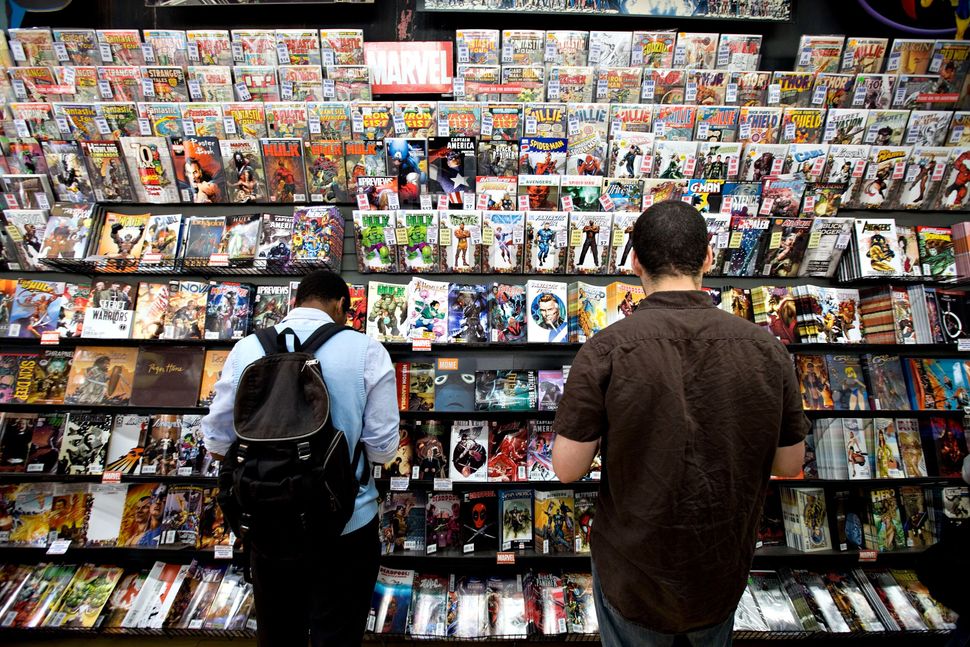 While Marvel comics are famous for their hyperbole, it’s no exaggeration to refer to them collectively as the “Biggest Story Ever Told.” It’s possible only one man knows the entire tale so far.

With over half a million pages over innumerable lines and iterations, the Marvel canon is, per Eisner Award-winning writer Douglas Wolk, “the longest continuous, self-contained work of fiction ever created.” More has been written about Thor in comic panels than in the Poetic Edda. And so great is Marvel’s influence that most people probably don’t know that the Thor of myth was originally, and famously, a redhead. But it’s precisely because this story is so fathomless and influential that Wolk decided to read every part of it. Not that he, in any way, recommends you do the same.

“Nobody is supposed to read the whole thing,” Wolk writes in “All of the Marvels: A Journey to the Ends of the Biggest Story Ever Told,” a delightful digest by way of CliffsNotes that one might call a Marvel Guide to the Perplexed. “Am I glad I did it? Absolutely.”

In the book, Wolk breaks the mammoth Marvel epic down to its themes, line-wide “events” and characters, highlighting specific issues pivotal to the larger arc — say, when Spider-Man first tossed his suit in the trash or when Norman Osborn seized control of the Oval Office. (Wolk’s guiding criteria was that he only read comics where Spider-Man, the Kevin Bacon of the main Marvel timeline, could feasibly appear without time or interdimensional travel, which didn’t spare him an issue of “Ren & Stimpy.”) He also provides interludes about the history of real-world presidential cameos and the delightful world of Marvel’s music, from the big-on-Earth-616 pop star Dazzler to that time KISS fought Doctor Doom.

In his years-long survey, Wolk discovered a “funhouse-mirror” history of the past 60 years and a “boisterous, tragi-comic, magnificently filigreed story about power and ethics, set in a world transformed by wonders.” Most wonderful — or, in Marvelian terms, spectacular, amazing or uncanny — is this grand, collaborative narrative’s power to not only capture the zeitgeist, but help to create it.

I spoke with Wolk about finding the bigger picture from so many back issues and why he’s excited for Marvel’s huge, stupendous saga to enter a new age of inclusion.

PJ Grisar: So, how did you end up doing this? It began with your son, right? 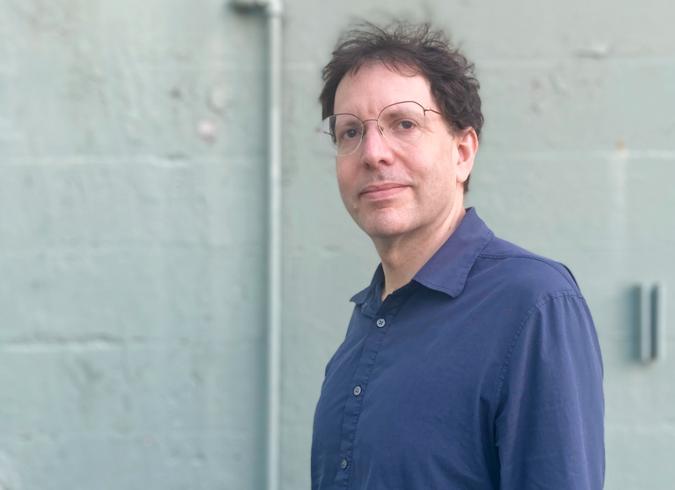 It did kind of start with my son and his idea that he would read all of Marvel Comics in the order the events happened to the characters. When we started reading together, I started wondering “what would happen if I read all of them?” In some sense it’s a stunt, but also there was this giant story waiting to be read. This ended up happening and took longer than I thought it was gonna take.

It took about five years in all to read everything and write the book. The reading part was the really fun part. I got this kind of Stockholm Syndrome thing. Even comics that were kind of inept, or poorly done or there’s some kind of icky about them, there was also something that was very much of their time and of their moment that was really enjoyable. It may have been a defense mechanism. I did have to lock myself into an apartment for two weeks to read all of “The Punisher.”

Yikes. That sounds… psychologically unsettling. And you were also caught reading at Burning Man.

That was an accident! There was a memorial to Stan Lee, there was a little box under it and inside the box there were all these comics. I ended up doing a little bibliomancy with one of them. I was like, “All right, let’s tell my fortune by grabbing a random one and opening it to a random page and pointing to a random panel and seeing what it says.” It was this “Fantastic Four” panel that was really, really unnerving thing about like “Watch out for radioactivity!”

That night, with a friend of mine, we went out to these boxes — somebody had beautifully decorated wooden boxes that had radioactivity and biohazard symbols all over them. We sat there, we watched what was going on for a while, and at one point I felt a little sting. I got back to my tent and the next day I looked at it, and it was this massive spider bite on my back. There aren’t really spiders out at Burning Man — it’s the middle of the desert — but nonetheless I got this huge painful bite. I was like, “All right, I was bitten by a radioactive spider.”

No superpowers, though! You suggest that the Marvel universe starts with “Patsy and Hedy” — a teen romcom comic — and “Linda Carter, Student Nurse” rather than the usual point of departure, “Fantastic Four” Number One. How did you end up there?

I kept noticing that there were all these comics that were about teenage girls and young professional women. That was a thread of comics that kind of went away, but the characters never completely went away. There was this crossover between them two months after the first issue of “Fantastic Four.”

I wrote a chapbook that I’m giving people who pre-ordered it from my local comic store, which is a counterfactual history of Marvel that starts from the premise that the breakthrough comics that set the tone for everything after it was “Linda Carter, Student Nurse” Number One.

Marvel in the ’60s had their breakthrough success not with the mostly-dead genre of superhero comics, but with the genre of soap-operatic comedy adventure, everything-else comics. It’s not Thor who becomes the big star, it’s Jane Foster, RN. I like the idea that all of this creative firepower that the company that became Marvel had could have gone a completely different direction. And I like the idea that there are these women who are there in the story all along, and you can kind of think of it as their story, too.

Very in the spirit of “What If.” Were there any titles you discovered or got something different out of this time?

One big example: “Master of Kung Fu” [where the character Shang-Chi originated] which I’d never read all the way through before. You know how they talk about how certain things are visited by the “suck fairy,” there’s something that you used to love and you come back to it and you realize, “Oh, no.”

The fascinating thing about “Master of Kung Fu” is that there is stuff that is obviously really, really problematic about it, especially now. And also, it’s great. Like, it got better and worse at the same time while I wasn’t looking at it. It’s so smart, it’s so beautiful, it’s so clever. And it has this incredibly problematic racial stuff in it. It’s got Fu-Man Chu pretty much all the way through! That makes it really tough to deal with. It’s also an absolutely brilliant work of art.

It was interesting to read about the letter pages of “Masters of Kung Fu,” where fans were holding creators accountable.

Very strong and smart critiques of that comic’s racial politics and other comics’ racial politics, and coloring practices and all of this. This is showing up in the letter columns! I love that the creators of these comics would be wrestling with the reactions to what they were doing, and people correcting what they were doing and pointing out what they needed to do better, and trying to tackle that month after month, as they were hitting deadlines.

Stepping back and viewing all of this as one story, what did you come to realize?

One thing I got out of seeing it all was seeing in one way how much certain stories repeat themselves over and over. The other thing that’s interesting about the long view is seeing what are the motivating forces.

One of them is science. What does science and technology do, what does it open up, how does it change things? What is power for? What is the ability to change the world? Sometimes it is military power. Sometimes it’s ideological power — how do you get everybody to think like you do? If you look at Iron Man stories, that is practically 60 years worth of stories about “what do we think about the American military industrial complex? What do we think about this guy who is literally an arms manufacturer who makes armor for himself?” Captain America stories are “What is America as a country, aspiring to be? What do we want our symbol to represent? What happens if that symbol slips and ends up representing something that we’re uncomfortable with?” That is a plot that Captain America keeps going back to, as it should — the more uncomfortable that gets the better.

The question of identity and double lives shifts so much over the course of 60 years. Captain America has his secret identity, Iron Man has a secret identity, Spider-Man definitely has a secret identity. Over time, one by one, those go away. Everyone gradually unmasks. Everyone gradually reconciles the sides of themselves. Very few people — aside from Spider-Man now, again, and Daredevil, kind of now, again — have to lead a double life anymore. They can be open about who they are. And that’s a change that you’re seeing in the culture around it, that a double life is less important to the way that people live their lives.

Where do you see the story going?

Everything with comics publishing is weird right now. There was one company, Diamond Comic Distributors, that had distributed every major comic publisher to comic stores in America. And then the pandemic hit. This week [the last week of September 2021] was the last batch of new Marvel comics that was exclusive to Diamond. Diamond is now going to be distributing to comic stores through Penguin Random House. Nobody is sure where it is all going to land. It’s all really really up in the air.

Where the story is going is a bunch of different ways. I think this is kind of a woodshedding moment where we’re seeing the people creating the comics being much, much less monolithically white dudes. Straight white dudes no longer have the near monopoly on this thing — thank God! There are many more different kinds of people writing and drawing comics, and that’s going to mean we’re gonna see some really different kinds of stories. And I don’t know what they are yet, and I am so excited to find out.

He read over 27,000 comics — and now he knows everything about the Marvel universe