A billing from one of Cletus’ earlier fights. Courtesy of Instagram/@lifeofcletus_

“I love it,” said Seldin the night before Saturday’s super-lightweight bout at the Barclays Center in Brooklyn. “It’s the best nickname in the sport of boxing.”

Seldin won — and so retains his North American Boxing Association championship title — with a decisive knockout in the seventh round that Fightnews.com described as nothing short of “spectacular.” And as BoxingScene summed it up: “Cletus Seldin continues to stay true to his moniker.”

There is, of course, a decorated history of Jewish boxers — boxing was The Jewish Sport long before baseball, basketball, or judo ever were. But members of the tribe have been gradually disappearing from the ring for decades. A century ago Seldin would have been part of a deep roster of Hebrew fighters. In the ‘30s, he would have sparred with his hero, the great Barney Ross. Now Seldin, 35, is one of the only Hebrew Hammers left. 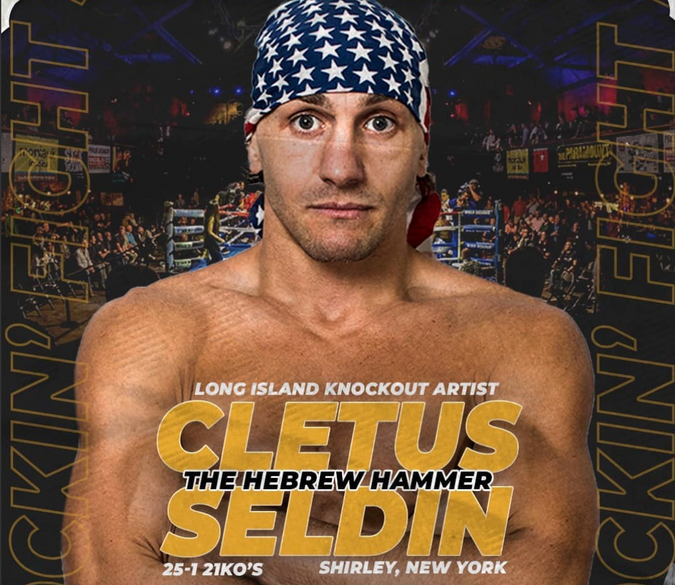 A billing from one of Cletus’ earlier fights. Courtesy of Instagram/@lifeofcletus_

That’s something he thinks about when he ties the hightops emblazoned with his inherited nickname, and when he dons the purple satin jacket on which is stitched, below his surname, “REMEMBER THE MASADA.”

The mantra, referring to the mass suicide of hundreds of Jews under siege by Romans during the first century, was inspired by his trainer Keith Brodsky — also Jewish, a former Maccabiah Games competitor. To Seldin, it represents both Jewish freedom generally — “you ain’t making me a slave,” he said — and more specifically to him, Jewish continuity in boxing.

“It’s a big part of our heritage that we may never see again in the sport,” he said.

The great thing about boxing, he added, is that he gets to flaunt it. 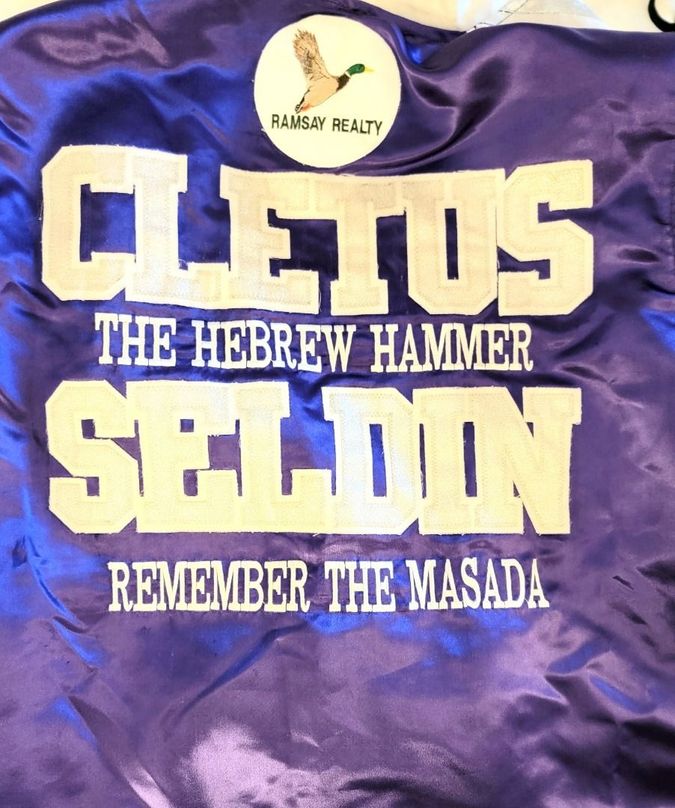 “You could be a slave, or you could take your own life,” Cletus Seldin said of the Jews at Masada. “They did the right thing.” Courtesy of Bernie Bahrmasel

A native of Yaphank, New York — a part of Long Island that isn’t heavily populated by Jewish people — Seldin was picked on for his background at his public school. His best friend, a German kid, once showed up to school with a swastika shaped into his haircut. But Seldin was never a big kid — he’s 5’7”, 140 pounds now — so he swallowed his emotions and never fought back.

It wasn’t until he started boxing that he started to, in his words, “get nasty” when people crossed a line.

He came to the sport through wrestling, which he competed in in high school, after meeting a trainer at a mixed martial arts gym. The first few times in the ring, he got a pretty good licking. Later, his trainer told him he was the only MMA kid who didn’t quit after the first time being hit in the face.

“I was like, I’m so bad at this, I have to become good at it,” Seldin recalled.

It took him about a year.

Going into his first tournament at 22 years old, he was an unknown quantity. But his throwback style — “I fight from a crouch and throw a ton of punches,” he said — turned heads.

He was unwittingly earning the moniker that had been his birthright all along.

“They’re like ‘Who is this guy?’” Seldin said. “They figured out I was this muscular white kid just punching people throughout these tournaments in other states. They thought I was this really crazy Russian, because I didn’t say anything. Then they found out he’s this Russian Jew.” 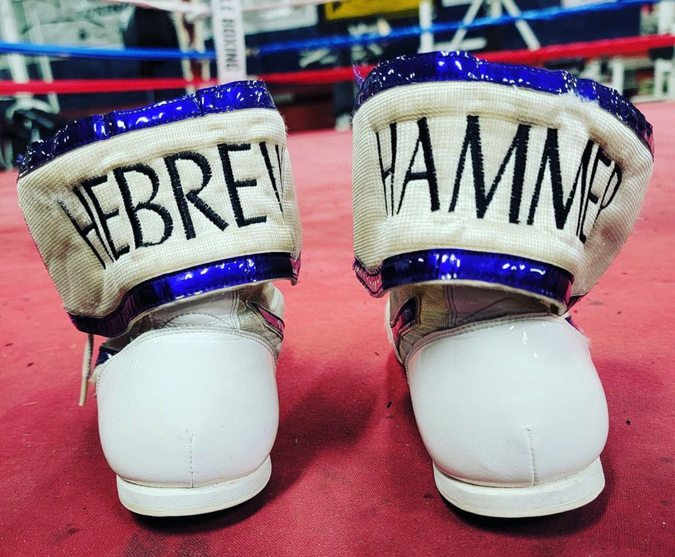 The shoes Cletus Seldin wears in the ring bear his well-traveled moniker. “It’s the best nickname in the sport of boxing.” Courtesy of @lifeofcletus_/Instagram

The next tournament he traveled to, he was greeted as the “Hebrew Hammer” for the first time. He says he didn’t know at the time how well-worn the nickname was.

Thirteen years later, he took his signature sneakers and his Masada jacket into one of the biggest boxing venues on the planet. His opponent: William “Baby Face” Silva, a Brazilian a half-foot taller than him. Seldin entered the bout with a 25-1 lifetime record.

Seldin’s seventh-round knockout was the 22nd KO of his career.