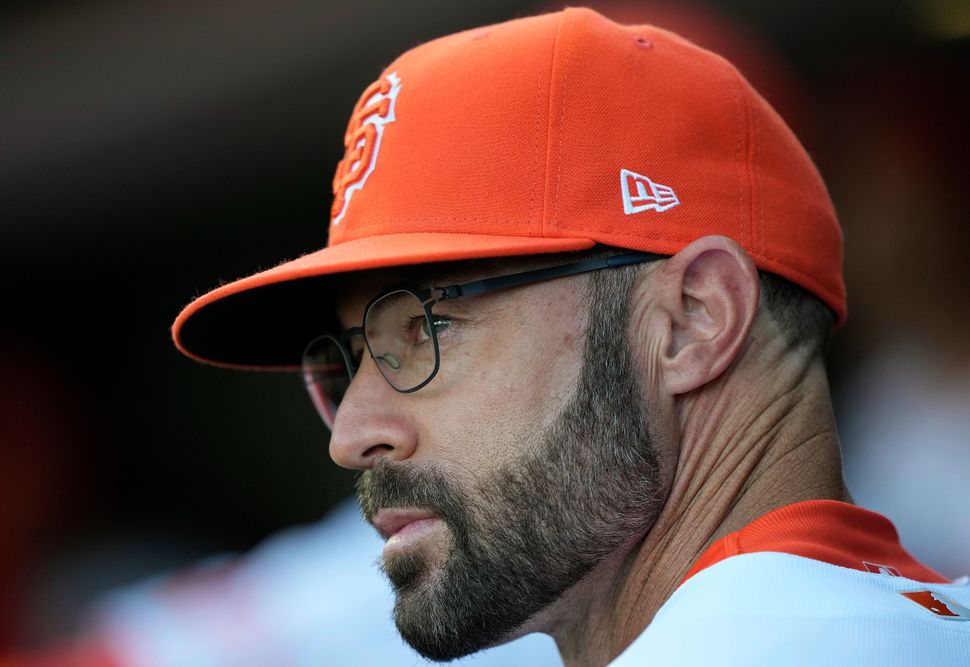 The manager of the San Francisco Giants wants the world to know he’s Jewish. He has a Star of David tattoo on one leg and a “Never Again” tattoo on the other. He once signed a contract for $1,000,018 — the last $18 dollars corresponding to the Hebrew numerical value of the word chai, meaning “life.” And his first job coaching pros was not in the major leagues, or even the minor leagues — but as Team Israel’s skipper at the 2012 World Baseball Classic.

Even in this golden age of Jewish athleticism, Gabe Kapler is one of the most proudly Jewish people in sports. But this year, he’s also one of the most successful: with the Giants, picked by some to finish at the bottom of their division this year, setting a franchise record for wins, Kapler is considered the prohibitive favorite — and possible unanimous pick — for National League Manager of the Year.

Now, Kapler and the Giants are on the cusp of the National League Championship Series — all they have to do is beat the Los Angeles Dodgers in tonight’s playoff game, a winner-take-all Game 5.

The son of two teachers — one of whom teaches at a Jewish preschool in the Los Angeles area — Kapler not only struts his Jewishness, but has developed (some might say cultivated) a reputation for being a bit of an oddball since he was drafted in 1995. He’s aggressively, almost goofily urbane. As an outfielder for the Boston Red Sox, he didn’t pull up to Fenway in an expensive car like most of the other players, but biked the five miles to the ballpark.. His office walls are adorned with pictures of Gandhi, Einstein, Ali and Lincoln. The 46-year-old is a personal fitness geek who started a popular lifestyle blog after his playing days. The beefcake pictures of him that circulated online made him something of a gay icon.

Kapler has said that he feels a responsibility to represent Jews well in baseball.

“There are so few Jewish ballplayers, so you want to be a positive role model and provide an example that the Jewish community can be proud of,” Kapler told Houston’s Jewish Herald-Voice in 2010, when he was playing for the Tampa Bay Rays. “It’s just so important for those of us in this position to take pride in the fact that we are being watched and looked up to.”

He hasn’t always succeeded as a leader. In 2015, when he was the director of the Dodgers’ farm system, Kapler did not report sexual assault accusations involving Dodger minor leaguers to the police. Later, he faulted himself for “not doing enough.”

After a 12-year career as a right-hand-hitting journeyman with speed and pop — he held the title of “Hebrew Hammer” that has been passed down to Jewish hitters since the days of Hank Greenberg — Kapler retired and went into coaching. His first stop: managing Team Israel, the ragtag bunch of Jewish ballplayers from around the world who competed as a team for the first time in the 2013 World Baseball Classic qualifiers. The team won its first two games, but didn’t qualify for the Classic.

Albeit brief, the gig included a trip with his two sons to Israel, which Kapler gushed about in an interview with the LA Times. The emotional high point, he said, was his visit to Yad Vashem, the national Holocaust museum in Jerusalem.

“I am immensely proud of our people,” Kapler said. “The way we have been persecuted, and our drive and our survival, is mind-boggling. I think that is part of the reason I continue to be so connected to the Holocaust, and why that has such a moving effect on me.” 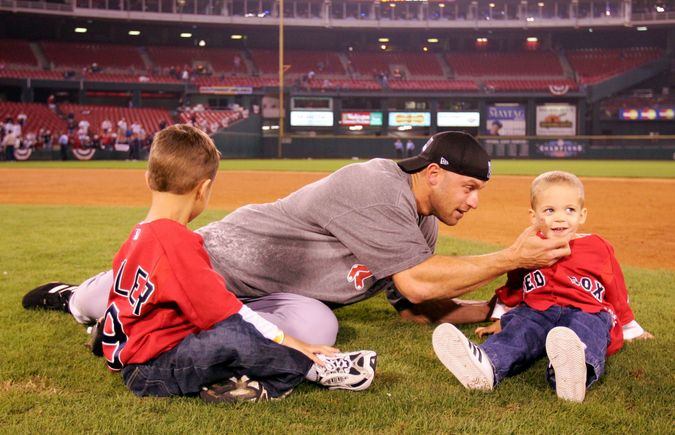 Kapler, pictured here with his two sons in 2004, won the World Series with the Red Sox. Now he’s gunning for another as the Giants’ manager. By Jed Jacobsohn/Getty Images

After his stint as the director of the Dodgers’ farm system, he was hired to manage the Philadelphia Phillies, where he stayed for two years before taking a job with the Giants in 2020. The Giants were not thought of as having a particularly talented roster, and preseason predictions had them winning less than half of their games this year. And Kapler was not thought of as all that great of a coach — his tenure in Philadelphia was rocky, including some awkward missteps in his first few weeks, and the team didn’t make the playoffs in either of his two years in charge.

Yet the Giants turned out to be the best regular-season team in baseball this year, ending the Dodgers’ run of eight consecutive division titles and now a game away from knocking the defending champions out of the playoffs.

For this journeyman player-turned-coach, the Giants may end up being the longest baseball stop he’s had. Whether with the Tigers, Rangers, Rockies, Red Sox, Brewers, Rays, Dodgers, Phillies or Giants, Kapler’s Jewish identity has remained constant.

In an interview with South Jersey Magazine after the Phillies hired him in 2018, Kapler said he got his tattoos at a moment he was feeling particularly connected to his heritage. But the connection hadn’t waned.

“I am extremely connected to and proud of who I am culturally, where I come from, my parents and their parents,” Kapler said.