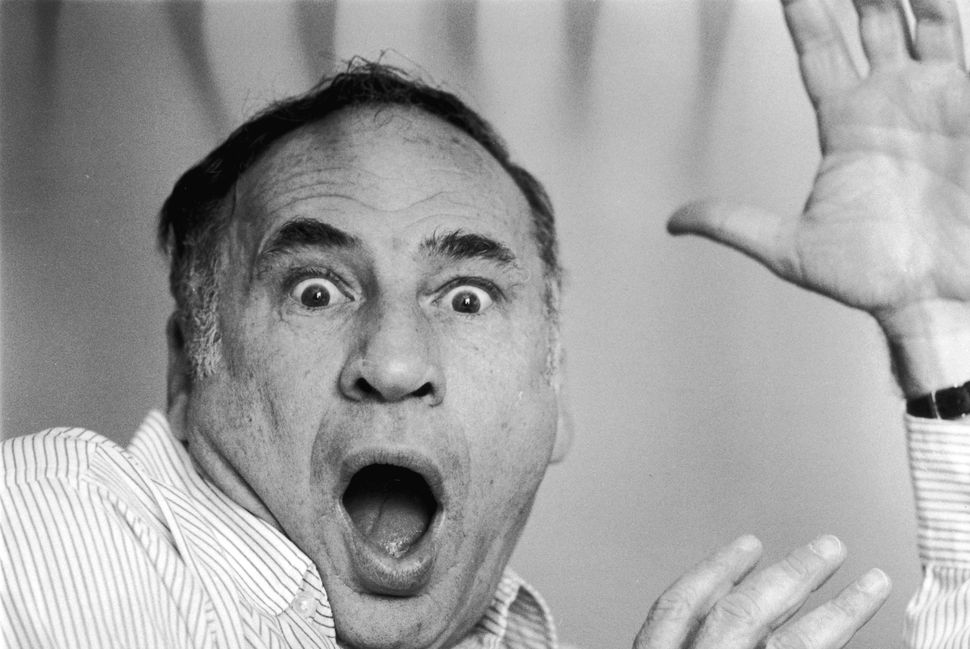 Mel Brooks, who will write and executive produce ‘The History of the World Part II’ for Hulu, seen here in a photo circa 1978. By Getty Images

It’s finally happening. After 40 years, Mel Brooks will give us the long-promised “History of the World Part II.” He has a lot of catching up to do.

While Brooks, who will deliver the sequel as a Hulu variety show with the help of Nick Kroll, Wanda Sykes and others, teased some segments of the follow-up — famously “Jews in Space” and “Hitler on Ice” — he surely has more up his sleeve. It remains a mystery which periods or events he’ll cover. Will there be a kickline of Nixon prosecutors? Will we witness an irate pilgrim stubbing his toe on Plymouth Rock? Maybe we’ll see the one, exhausted Chinese warrior who posed for all those Terra Cotta Soldiers.

Details are still scarce, but here’s what we think may make it into the show.

The Siege of Masada

The Rise of the Soviet Union

On a soundstage of Red Square, Trotsky steps onto a platform to proclaim “It’s good to be Trotsky!” and is then promptly killed with an icepick. Lenin takes his place: “It’s good to be Lenin.” Lenin then expires and is embalmed onscreen. Stalin finally steps up to say “It’s good to be Stalin.” The members of the Politburo surrounding the lectern timidly step away from his orbit. A title card then reveals this scene to be the prelude to an entry in the “Purge” franchise.

It happens as promised. But 75% of it is Hitler lacing up his skates and waiting for the Luftwaffe Ice Dancers to exit the rink.

What starts as a nuanced and welcome look at a non-Western epoch quickly devolves into a slew of Samurai preparing sashimi with their katanas. It’s bad.

What if “Hamilton” but klezmer?

Keegan-Michael Key plays every member of Country Joe & the Fish, as they psych themselves up to lead the crowd in cheering the F-word. The bassist dissents, saying they should say “fudge” instead.

The Fall of the Iron Curtain

This one is more experimental. Kind of a “Death of a Salesman”-like meditation on midlife and deferred dreams. It follows the bleak domestic life of a poor, West German hammer maker. It ends on a happy note, as a flood of protesters line up to buy his goods and tear down the Berlin Wall. (The final scene includes a David Hasselhoff cameo.)

A rehash of the Versailles stuff from the first film, featuring Brooks as a horned-up Bill Clinton. This one will widely be seen as insensitive and derivative of ’90s late night skits. It’s decried in a thousand think pieces, particularly for the Busby Berkeley-style number about the blue dress. Somehow the whole segment ends with the line “It’s good to be Ken Starr!”

Tallit-clad space explorers (led by William Shatner) receive a transmission from Earth. A freshman congresswoman is aware of their space lasers. They’ve also been revealed to the world in a Netflix standup special that ascribes malicious intent to their prime directive to “zoom along” and “protect the Hebrew race.” The massive, Magen David-shaped ships set a course for the Gefilte Nebula, hoping to cool their heels there until the heat is off.