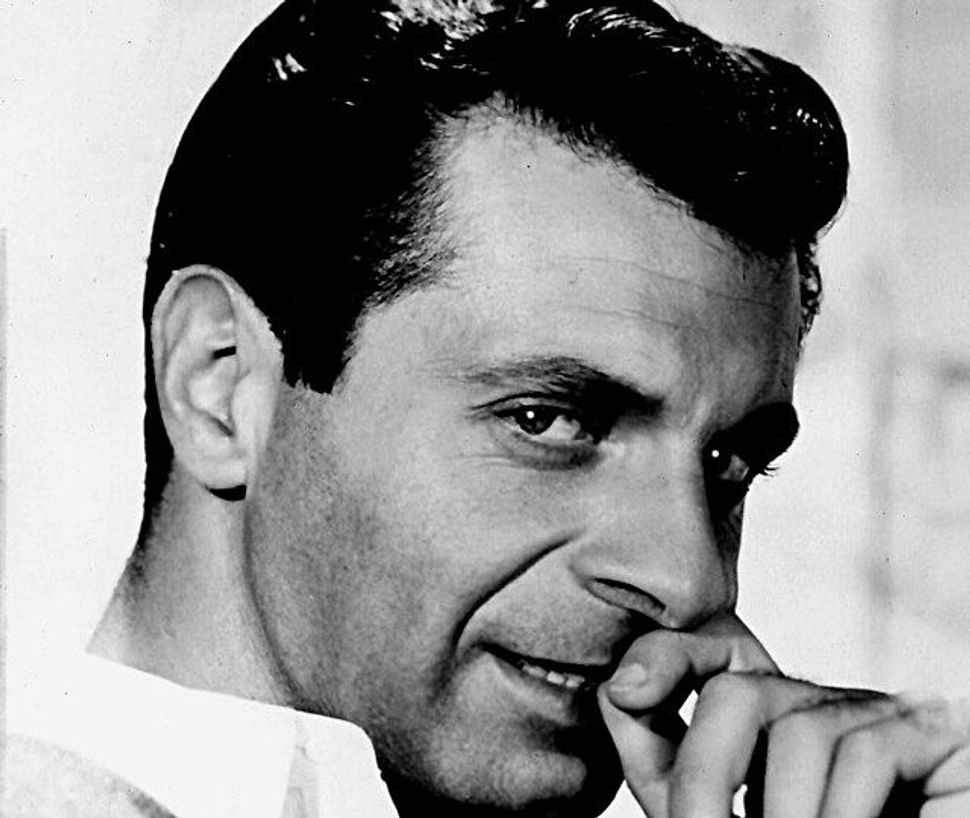 The English Jewish author Jonathan Miller opined that Sahl and other Jewish comedians made “their greatest contribution to contemporary culture when their intellectual energy, long compressed by the practice of exegesis, is suddenly released like an aerosol spray into this huge world of liberty.”

Sahl’s frontal assault on current events was delivered with rolling eyes while rocking from side to side, as if he were davening. Because Sahl’s parents were entirely assimilated Jews, who lived in Montreal when he was born, but eventually relocated to Los Angeles, he always downplayed any direct Jewish influence on his comedy.

In 1961 Sahl told Paul Krassner that as a comedian, he nevertheless felt Jewish insofar as Sigmund Freud once wrote to a friend that the “role of the Jew is that of the opposition.” 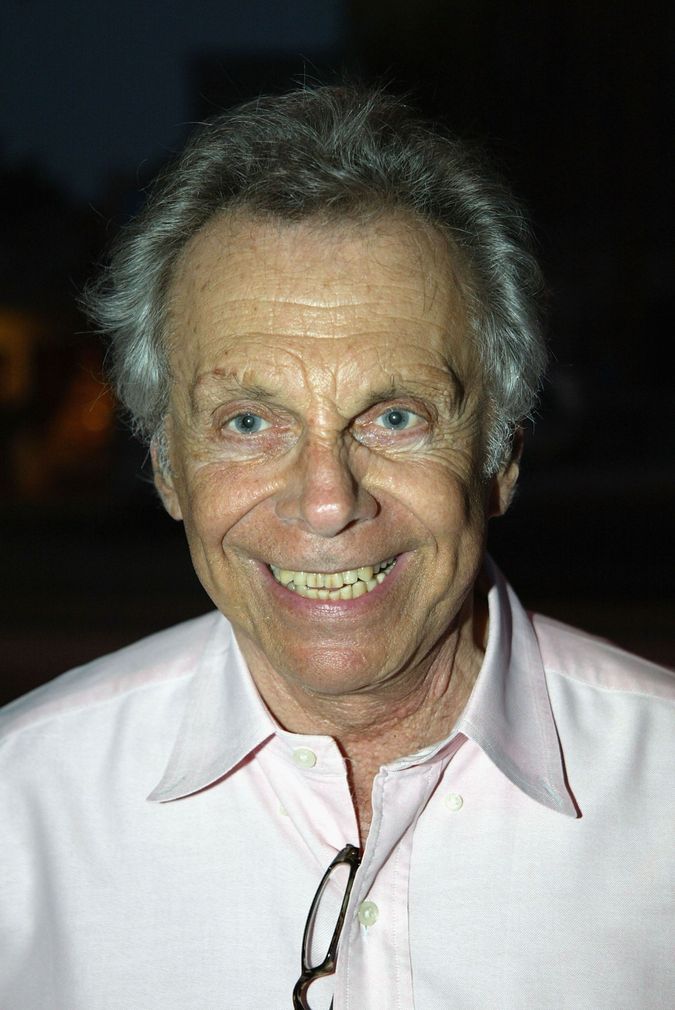 In fact, what Freud wrote was that being Jewish meant that he found himself “free of many prejudices which restrict others in the use of the intellect; as a Jew [Freud] was prepared to be in the opposition and to renounce agreement with the ‘compact majority.’”

Sahl further informed Krassner, “So if the role of the Jew is to rock the boat and to be inquisitive – intellectually curious,” he accepted that ideal, while criticizing many 1960s American Jews for “taking a sabbatical” rather than becoming firebrands to improve society. The current generation of Jews, Sahl claimed, was “assimilating and becoming nothing. You know, vanilla ice cream… If they’re Jewish, I don’t want to be that.”

Despite these rigorous standards, in appearance Sahl was unthreatening. Garbed in a sweater like a genial professor of accounting at a community college, he displayed a natural ability to follow through on a line of argument at length, like an intellectually persistent student of the Talmud.

Today’s comic virtuosos in extended formats, like the Closer Look feature of “Late Night with Seth Meyers” and comparable programs, inevitably follow this precedent. Yet Sahl was often dismissive in interviews about such American Jewish successors as Jon Stewart or Al Franken, suggesting that they had sold out as slick entertainers for commercial success, rather than persistently making audiences uncomfortable.

The antithesis of Jewish one-liners of the Henny Youngman era, spit out at a telegraphic tempo, Sahl’s narrative stream of consciousness was relentless, but moderately paced. It was as if Sahl were inviting the audience to nemen a shpatzir through the absurd landscape of contemporary political life.

At times he could produce a concise wisecrack, as he did after three hours into a screening of the endless Otto Preminger epic “Exodus” (1960) about the founding of Israel. Sahl was reported to have stood up and exclaimed: “Otto, let my people go!”

Sahl’s disdain could skewer the left as well as the right. The Americanist Stephen Whitfield noted that Sahl scorned the African American revolutionary Angela Davis for choosing “to express her anger with the system by joining the Communist Party” and thereby adhering to a movement consisting of “850 86-year-old Jewish people on the Lower East Side of New York and about a thousand FBI agents.”

In the 1980s, Sahl teased Caspar Weinberger, a Republican of Jewish origin seen as hawkish. Sahl told audiences that he had seen a bumper sticker implying that Weinberger would make catastrophic nuclear war inevitable: “Weinberger for President – Let’s Get It All Over With.”

With such observations, Sahl influenced Jewish creative spirits in many different domains, from fellow comedians to filmmakers and even novelists. Often mentioned alongside his contemporary Lenny Bruce, Sahl was the antithesis of Bruce in that he shunned alcohol, drugs and profanity.

Zealous about protecting his own good name, in the 1960s Sahl successfully sued Jaik Rosenstein, a Hollywood press agent, for libel for implying in the magazine, “Hollywood Close-up,” that Sahl was a Communist.

Even Philip Roth’s “Portnoy’s Complaint” was discussed by critics in the context of Jewish standup comedy by Sahl and others, although the latter notably departed from the traditional repertoire of gags heard at the Catskills about family tsouris.

As Albert Brooks told the Associated Press in 2007, “Every comedian who is not doing wife jokes has to thank [Sahl] for that.” Sahl’s subject matter extended beyond the mishpocheh and personal neuroses in a way that pleased some colleagues earlier on, notably Eddie Cantor, but irked other japesters like Joey Bishop, who questioned the counterculture bona fides of Sahl.

In May 1962, Ramparts Magazine decried the “sick line transmitted by Mort Sahl” and other “cosmopolitan think people” for criticizing the USA in a way comparable to the American Jewish novelist J.D. Salinger.

In response to such charges of sickness, Sahl told radio host Studs Terkel in February 1960 that Bishop and other traditional standups offered up sick jokes to the public. By contrast, Sahl, as his performance partner the jazz musician Stan Kenton had informed him, was “standing up there and… preaching, and nightclubs have become the temples.”

Sahl’s quasi-rabbinical sermons went overboard after the assassination of President John F. Kennedy. He became a dedicated conspiracy theorist, and would read the Warren Commission report aloud during nightclub appearances, interjecting comments not intended to amuse. His bookings declined, but Sahl was undeterred.

Similarly, a carefully prepared theatrical career, including extended studies with the American Jewish acting instructor Sanford Meisner, was possibly squelched by an unyielding nature. Sahl played hooky during rehearsals for what would have been his Broadway debut. Cast in the title role of a Jewish intellectual in Lorraine Hansberry’s play “The Sign in Sidney Brustein’s Window,” (1964) Sahl obliged the producers to replace him.

Likewise, his film roles were unsensational, including a screen bow as a Jewish Korean War combatant in “All the Young Men” (1960) starring Sidney Poitier, whose biographer noted that during filming in Glacier National Park in Montana to emulate frigid Korean battle scenes, the cold was so intense that “Sahl actually fainted.”

The dramaturgical results were underwhelming, although Patricia Erens’s “The Jew in American Cinema” states that Sahl’s character tellingly starts the film by amusing his fellow soldiers with one-liners, but eventually becomes embittered by the horrors of war.

Two decades later, Sahl was cast in a TV adaptation of Albert Speer’s “Inside the Third Reich.” In the miniseries, Sahl played a real-life German satirist Werner Finck, with such convincing Yiddishkeit that most summaries of the show describe Finck as Jewish. In reality, he was not, and even volunteered for the Wehrmacht, the unified armed forces of Nazi Germany.

Perhaps it was among prewar European Jewish political satirists like Austria’s Karl Kraus and Germany’s Kurt Tucholsky that Sahl found his closest creative parallels, although he always rejected any highbrow literary labels, explaining that his schooling had been perfunctory and unsuccessful.

Rather than literary precedent, Sahl instinctively followed the tradition of inner mission and conviction of the “voice of one crying in the wilderness” cited in the Book of Isaiah.