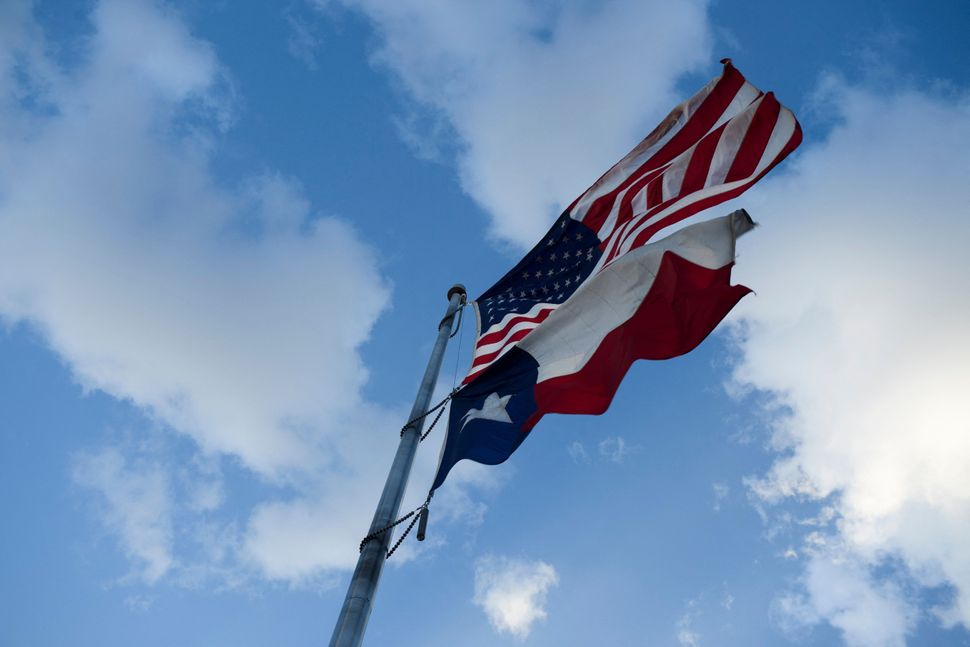 The Texas flag flies below the American flag. By Getty Images

State Rep. Matt Krause, a Republican candidate for Texas attorney general, has prepared a list of 850 books that, in his judgment, should be banned from the state’s classrooms. He is concerned that such books address sexual and racial themes that “make students feel uncomfortable.” According to news reports, Mr. Krause, who chairs the House Committee on General Investigating, is “initiating an inquiry into Texas school district content.”

I’m honored to have one of my books in that list. The book, “Quinceañera,” is about the rite of passage to adulthood among Latinas. I’m not sure Mr. Krause read it, but if he did, I can’t figure out anything particularly noxious he could find in it. Its audience isn’t Quinceañeras themselves; instead, the essays collected in it looks at the ritual itself — like the Jewish bar mitzvah — from an ethnographic perspective. Does he believe this is dangerous? Should Quinceaneras be seen as fairies instead?

Frankly, I would have preferred if Mr. Krause chose other books of mine. Like “Spanglish: The Making of a New America Language,” in which I argued that Spanglish, the mix of English and Spanish, will redefine the American social landscape in this century. It has made more than a few readers uncomfortable. Or “Mr. Spic Goes to Washington,” inspired in the Jimmy Stewart film of 1939, about a Chicano gang member who becomes a U.S. Senator. Or “How Yiddish Changed America and How America Changed Yiddish,” where racial and sexual themes are subtly featured. But I won’t complain. Instead, I want to thank him for the opportunity to engage him in dialogue.

In Mr. Krause’s view, my book and 849 others are threats to Texan students, and, therefore, to American democracy. We promote that demonic ideology called Critical Race Theory. What is it about these three words — “critical,” “race,” “theory” — that makes them explosive? I have thought long and hard about them. To be critical is to approach our circumstance with a dose of skepticism. It doesn’t mean to undermine the tenets of our society, but to question them in order to improve on them. Race is one of the foundations of the American tapestry, starting with slavery. Diversity makes us strong. It is essential that we understand the interaction of races in order to strive for “a more perfect union.” And theory is what the Founding Fathers talked about when they imagined a nation that would improve on the handicaps of European models of the 18th century.

All this is to say that there is really nothing new under the sun. Nor is there in the banning of book. That is an ugly tradition in these shores. Whitman’s “Leaves of Grass,” Twain’s “Huckleberry Finn,” Nabokov’s “Lolita,” John Steinbeck’s “Of Mice and Men,” Harper Lee’s “To Kill a Mockingbird.” The list is long, not unlike the index created in 1545 by the Spanish Inquisition that compiled European books considered heretical.

As Mr. Krause is aware, the allure of the forbidden is enormous; it is good for a book to be banned because it attracts readers. It happened in imperial China, in the Soviet Union, under Fidel Castro’s Cuba, and it will continue to happen until the end of times. In that sense, I thank the Texas State Representative for the honor. Ray Bradbury, whose novel “Fahrenheit 451” is an extraordinary plea against cancel culture, thought there are worse crimes than burning books. “One of them is not reading them.”

We must be vigilant against the excesses Mr. Krause indulges in. Where I most adamantly disagree with him, however, is in his view of students. He seems to believe that making students uncomfortable is a pedagogical sin. That, to me, is more alarming than the insidious list he has compiled. I’m sorry to break the news but the classroom is a place designed precisely for discomfort. Not to make students feel unsafe, but to introduce them to the complexities of life. How else does one do that if not through uneasiness?

Americans fetishize comfort and Mr. Krause is a prime example. A common expression in our national language these days is “the comfort zone.” Leaving such a bubble is deemed risky. Yet it is only when we do leave it that we realize the true size of our talent and scope of our dreams. It is ridiculous to think that teachers indoctrinate students. What we strive for is to make them think, which, let me assure you, is much harder. Not to make them think like us, but to make them think independently. The least satisfying response a teacher ever gets from a student is the one that is most expected; the best response is the one that surprises us, making us think things anew.

Yes, we want for them to think critically, even about us teachers, but also about the politicians that represent them, and about the world as a whole. We want to make them skeptical not for the fun of it, but because it is the best way to discern what’s valuable and what isn’t in the onslaught of information that overwhelms us every day. Democracy is a messy system; no one said it was harmonious. But ideas cannot be killed. They always manage to spring back. America, Mr. Krause, isn’t only a marketplace of material goods; ideas, too, are sold and bought. Trying to protect students won’t make them more intelligent; on the contrary, it is an invitation for ignorance.

I’m an immigrant from Mexico. The nefarious legacy of the Spanish Inquisition is still palpable in modes of thinking in the Hispanic world. It is vividly present in the memorable chapter VI in Part I of “Don Quixote” in which a priest and a barber throw Alonso Quijana’s personal books out the window because they are the reason he went mad. Today readers in Mexico talk of that chapter as a cautionary tale: Don Quixote doesn’t lose his mind because he reads too much; he loses his mind because Spanish reality in the 17th century was too uncritical.

Likewise, I’m a descendent of Jews who were murdered in the Holocaust. My family fled Eastern Europe because of poverty and antisemitism. Soon after, Hitler burned Jewish books. As Mr. Krause knows, where books go up in flames, so do people.

I don’t write these words facetiously. As I said, I welcome the opportunity for dialogue. Mr. Krause is running for attorney general, meaning he understands how important dialogue is in democracy. I therefore invite him to a public debate on the value about having a critical eye about topics he and I hold dear. We should talk about censorship and about our tragically polarized country. And about his list. Was it done simply to attract publicity? Is there anything in those 850 books that he deems worthy? What kinds of books does he actually believe students ought to have access to? Has he ever taught in a classroom? Was the experience significant? Did he feel uncomfortable at any point? What were the consequences of that discomfort?

Maybe, just maybe, Mr. Kruse and I, as a result of that conversation, could find that neither of us is a bigot.

Ilan Stavans is the Lewis-Sebring Professor of Humanities, Latin America and Latino Culture at Amherst College, the publisher of Restless Books, and a consultant to the Oxford English Dictionary. His latest book is “Jewish Literature: A Very Short Introduction” (OUP).