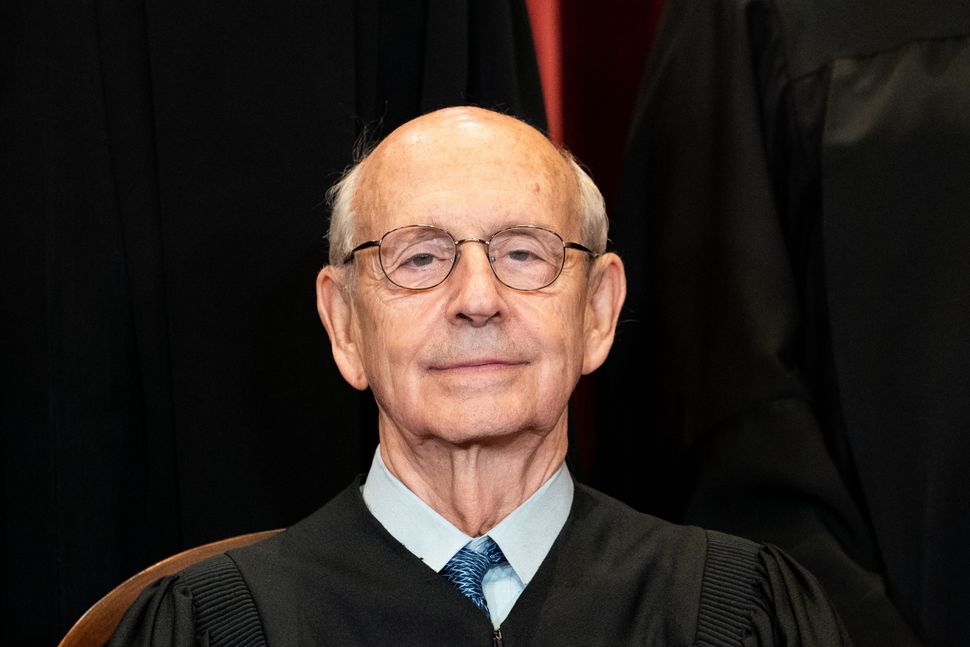 The Authority of the Court and the Peril of Politics

Fair or not, the most frequent question U.S. Supreme Court Justice Stephen Breyer gets asked these days is when he plans to retire. “There are many considerations” was his Sphinx-like response in an August interview with The New York Times.

One of three remaining liberal justices, the 83-year-old Breyer is the oldest of the court’s nine members. Justice Ruth Bader Ginsburg’s death in September of last year, followed by the appointment of conservative jurist Amy Coney Barrett, embodied Democrats’ worst fears. Whatever Breyer’s personal inclinations, many now want him to step down before Republicans regain control of the Senate or the presidency.

In the face of that concern, and the related campaign by progressives to expand the court, Breyer offers a brief and elegant, if not entirely convincing, study of the Supreme Court’s power and legitimacy. In his new book, adapted from his Scalia Lecture earlier this year at Harvard Law School, his not-so-hidden agenda is to push back against the idea of any court expansion, even under the guise of redressing ideological imbalance.

“Structural alteration of the Court motivated by the perception of political influence among justices can only feed that same perception, further eroding the public’s trust,” Breyer writes. And that trust, he argues, is essential to the court’s functioning.

Breyer begins by noting that the court has no enforcement mechanism of its own. It can’t make anyone do anything. Its authority derives primarily from the sense that its decisions are just, rather than motivated by transient political or ideological considerations.

Arguing against the prevailing perspective of both liberals and conservatives (one of their rare points of agreement), Breyer stresses the fidelity of most judges, most of the time, not to political viewpoints but to the law – or at least their interpretation of it. But he confesses that it’s not always possible to disentangle jurisprudential disagreements from matters of political philosophy – the central weakness of his argument.

Breyer suggests that the court has garnered increased respect over the years, despite some missteps and setbacks. While the 1803 Marbury v. Madison case helped enshrine the notion of judicial review, Worcester v. Georgia, in 1832, tested its power. The court supported the Cherokees’ right to control territory granted to them by treaty. But the state of Georgia ignored the ruling, and President Andrew Jackson infamously sent federal troops to force the Cherokees onto what became known as the “Trail of Tears.” Of the Chief Justice, Jackson reputedly said: “John Marshall has made his decision; now let him enforce it.”

Yet another key test of court power came in the 1930s, with a conservative court overturning some of President Franklin D. Roosevelt’s ambitious New Deal programs. Roosevelt’s response, after his landslide 1936 re-election, was a “court-packing” scheme to add more ideologically compatible justices to the bench. Congressional opposition – but also a jurisprudential shift and a Supreme Court retirement – killed the plan. Breyer declines to opine on who won that conflict, but he uses it to argue against any similar effort.

It can take a while for Supreme Court decisions to ripple through society. The landmark 1954 Brown v. Board of Education ruling prohibiting racial segregation laws didn’t transform the South’s educational landscape overnight. But Breyer sees it as a catalyst, spurring action from the president, civil rights leaders and others – in the end, “a major victory for constitutional law, for equality, and above all for justice itself.”

Breyer suggests that the court’s growing authority is evident in a line of cases involving a president’s wartime powers. In Korematsu v. United States (1944), the court acquiesced in President Franklin D. Roosevelt’s executive order authorizing the deportation and internment of American citizens of Japanese ancestry. But in more recent decisions involving Guantanamo Bay detainees, the court supported prisoners’ rights and curtailed the power of the executive. President George W. Bush, while expressing disagreement, did not defy the rulings. “The public now expects presidents to accept decisions of the Court, including those that are politically controversial,” Breyer writes.

Breyer is heartened to find that, as distrust in other political institutions has soared, a 2019 Pew Research poll showed that 62 percent of Americans had a favorable opinion of the Supreme Court.

To bolster public acceptance, Breyer argues that the court should “apply legal rules or practices that minimize the number of cases likely to provoke strong political disagreements.” That sometimes means crafting decisions on narrow grounds, as well as seeking compromise wherever possible.

The most momentous decisions may resist those approaches, he concedes. One option in those cases, he says, is to reference “basic underlying constitutional purposes,” including establishing a “workable democracy,” protecting human rights and holding together a diverse society.

Breyer blames both the media and a nakedly partisan confirmation process for painting justices as more political than they ultimately are. But tampering with the court to win “a short-term victory in the great zero-sum game that our politics has become” is not the answer, he insists. The consequences would be “grave structural damage not only to an essential constitutional institution,” he warns, “but also to our system of government.”