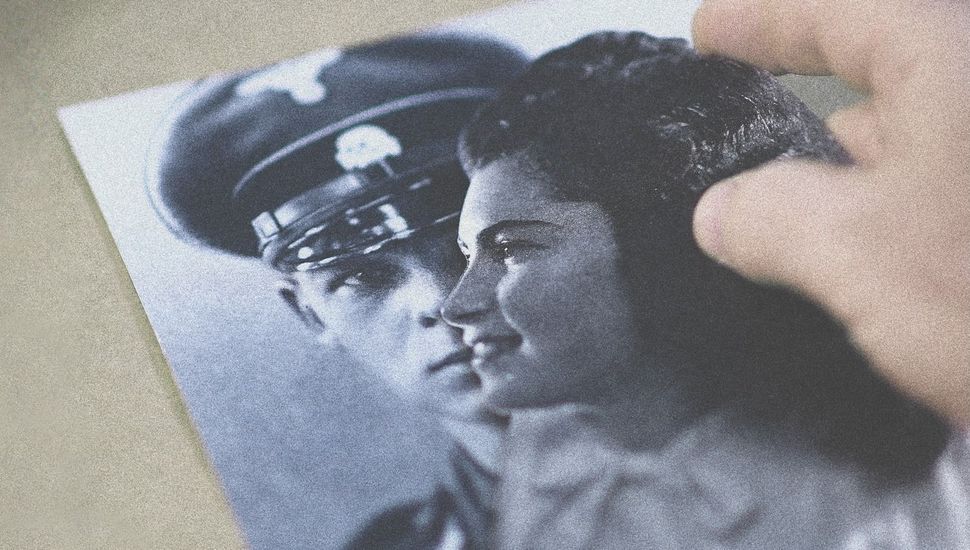 Guilt and Ambivalence: “Love It Was Not” depicts the relationship between SS officer Franz Wunsch and prisoner Helena Citron. By Greenwich Entertainment

There seems to be little doubt that SS officer Franz Wunsch was intensely in love with Helena Citron, a pretty and talented Jewish inmate in Auschwitz. Her feelings for him, however, remain ambiguous. It is indeed the unanswered core question of the stunning documentary, “Love, It Was Not,” that is at once rooted in the personal, historic and existential.

The story unfolds in hell where gas chambers, crematoriums and skies flooded with blood-red ash have become commonplace. The hard edges between good and evil are blurred. The loudest noises are evoked in silence. The movie, an extension of a student project, marks the professional debut of Israeli director Maya Sarfaty. It is totally unfamiliar in subject and tone, and has the stature of great nuanced fiction.

The daughter of a cantor and a Slovakian native, Helena was destined for a career in art or acting or singing. But all ambitions vanished when she was transported to Auschwitz, among the first 1000 women to arrive at the camp in 1942. Within short order Helena attracted the attention of Wunsch who, not much older than she, was immediately drawn to her when he heard her sing a plaintive German song of the era with the repeated refrain, “It was not Love.” Hence the film’s title, evoking Yiddish grammar, “Love it Was Not,” and how metaphorically perfect. The performance took place at a Nazi commander’s birthday, and as much as she was repelled to be a part of the festivities, the survival instinct took over 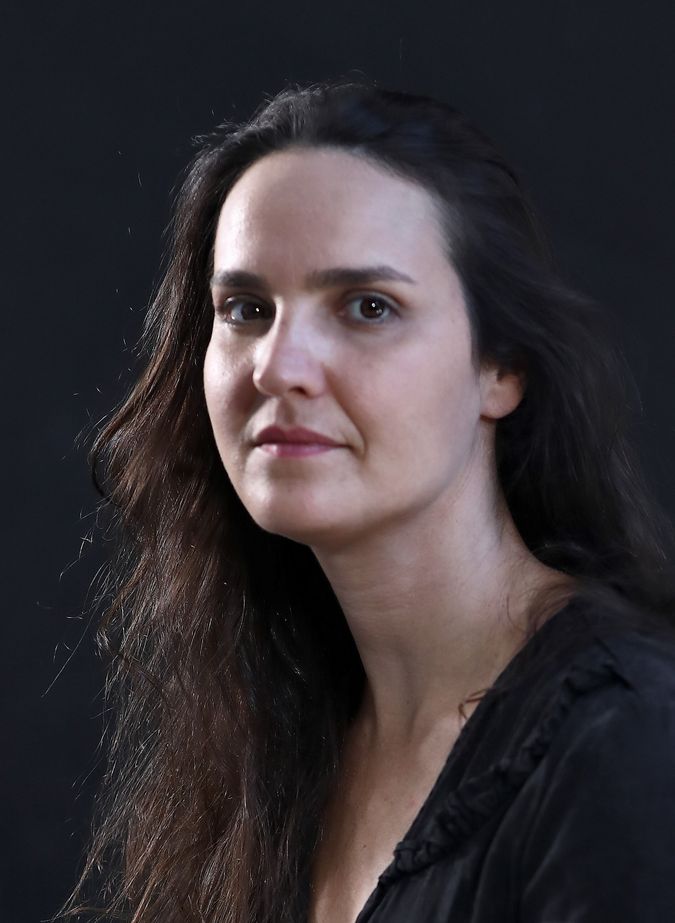 Professional Debut: Maya Sarfaty’s “Love It Was Not” started out as a student film./ Courtesy of Greenwich Entertainment

“We very quickly became animals,” Helena said, recalling how, among other atrocities, they were recruited to demolish already-disintegrating barracks that often crushed those on the front lines

Grotesque imagery abounds, perhaps nowhere more vividly than in the barracks dubbed Kanada, a comparatively benign workplace where the women were charged with clearing out suitcases belonging to those who were murdered in the gas chambers. Rummaging through their possessions, the prisoners discovered unworn clothing and food that was still edible. But no picture is more horrifying than that of Helena’s brother who, while attempting to escape the camp, was killed on an electrified fence, his face and hands pressed up and immobilized against the barbed wire.

By contrast, Wunsch was an anomalous figure. At least in his relationship with Helena he was kind, gentle and protective at great personal risk. If caught ,he faced execution. When Helena was afflicted with typhus, he hid her and nursed her back to health. Unlike the other starving prisoners she was well-fed. In one photo taken in the camp, she is smiling and wearing a fashionable belt atop her striped prison garb. It’s a bizarre shot and a testimony to his feelings for her. But what most struck her, even in retrospect, was his common courtesy, which she viewed as his improbable humanism. When he asked her to sing, he said, “Please.”

“I heard the voice of a human being,” she remembered years later. “Where were the eyes of a monster? He said, ‘please.’”

The precise nature of their relationship that lasted until the war was over two and half years later was never made clear, whether it was sexual or platonic or something else altogether. Early on, she said she hated him. Still, after someone informed on her and she was held prisoner and tortured she would not reveal his name. And, at the end when the camp was liberated, they shared a long intimate kiss. “I had feelings for him at that point,” recalled. But when he asked, “Should we lose the war will you help me?” she didn’t respond.

Wunsch tried to track her down for many years, but Helena moved on with her life. She was married, the mother of two children, and living in Israel. Still, the exaggerated picture of normalcy that she presented seemed a self-deluding pose for what roiled beneath the surface. She would periodically explode into tantrums of rage and pain as she tore around the house breaking dishes and furnishings. She was a haunted woman. But it was only going to get worse.

Thirty-five years after the liberation, Wunsch’s wife contacted Helena, imploring her to testify on his behalf at a war crimes trial in Vienna. Teetering on the precipice of a moral abyss Helena struggled with survivor’s guilt, shame and perhaps a sense of complicity. She had violated the ultimate taboo.

But nothing was quite that simple. Her relationship with Wunsch saved many lives, including that of her friends and sister. Still, even at the height of their romance Helena refused to bandage his hand that was injured when he savagely beat the male prisoners. If anything in 1972 her own ambivalence was more layered than ever. Yet, some of her countrymen had threatened her with death. She was viewed as nothing more than a collaborator, especially when she decided to go to Vienna.

Interspersed with old letters, archival footage, home movies and black and white photos the film moves backward and forward in time. We meet an elegant, self-possessed mature Helena toward the end of her life (she died in 2007) and we also see her much earlier on a slick Israeli talk show where she and her sister Roza describe their experiences in Auschwitz and their own deeply troubled relationship. While Roza was saved, her toddler daughter and infant son were sent to their deaths. Roza believed that if Helena wanted to save them she could have gotten Wunch to do so. Later Helena begged Roza to lift the curse that imprisoned them both. It’s a story of unachievable atonement and reconciliation.

We don’t hear as much from Wunsch or really know where he was coming from or what the quality of his life was in the postwar years. By the time he’s speaking for himself in the film, he’s a much older man seated in a chair on a well-manicured lawn in front of an attractive suburban home. He died in 2005.

Throughout, various people who knew them offer their opinions, speculating on Helena’s motivations. A group of women in Israel, Helena’s fellow inmates at Auschwitz, admitted their envy, jealousy and even hatred. Some continued to hold her in contempt; others did not blame her. But whatever had transpired in the past most of the women supported her decision to travel to Vienna to testify on his behalf; they were able to move past the horrors of their own experiences.

This film offers so many impressive, often unsettling, details and insights. In one of the more memorable scenes Wunsch’s grown daughter recalls her father giving her a locket that contained Helena’s portrait.

“The picture should have been of my mother,” Wunsch’s daughter said.

Throughout the film, Wunsch is seen cutting out photos of Helena taken at Auschwitz and superimposing them on bucolic scenes or other vacation sites. These spliced black and white cut-outs bring to mind the handiwork of a child, and form a complex photomontage that underscore the themes and propel forward the narrative in original and compelling ways. The delicate background score by Paul Gallister works wonderfully well here.

A final ironic twist of fate occurs at the trial where Helena bears witness to both Wunsch’s bravery and treachery. She recognizes this duality and addresses it directly, refusing to make eye contact with him. But in the end he is acquitted; we are told that no SS guard was ever convicted of war crimes in Vienna — Helena’s testimony had no bearing on anything.