Mel Brooks delivers 500 pages on his favorite subject – himself 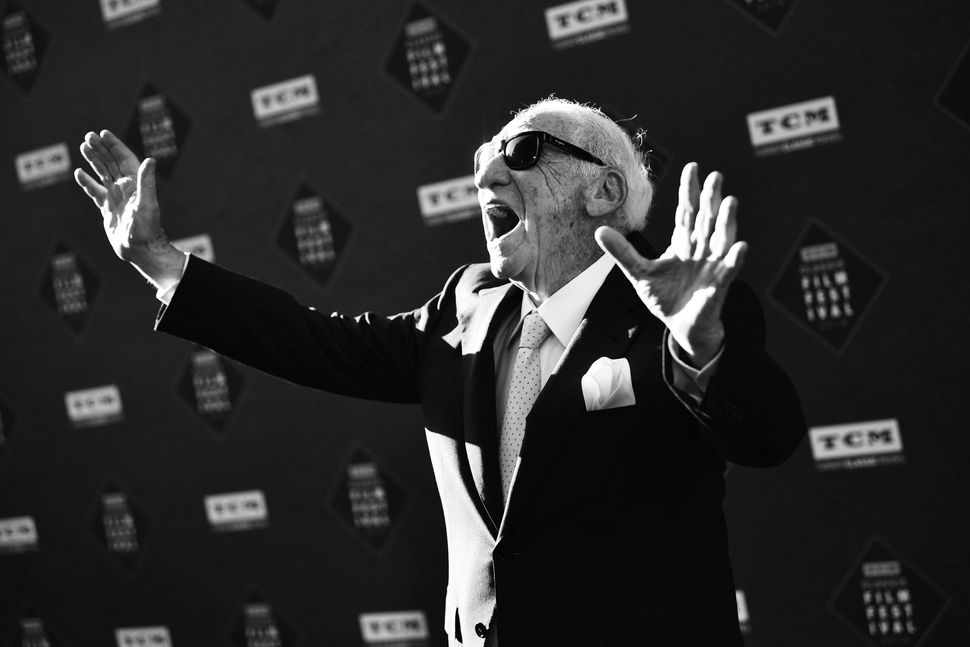 All About Me!: My Remarkable Life in Show Business
By Mel Brooks
Ballantine Books, 480 pages, $25

Mel Brooks’ memoir begins with a promise. In a preface, the 95-year-old actor-writer-director vows to make an intimate confession to his reader — one not to be shared with anyone.

Then, he thinks a bit more about the economics. “This book needs to sell!” Brooks realizes. “Tell all! Tell everybody! Let everybody you know hear all the terrible things I’ve done!”

While there are entire chapters devoted to “Robin Hood: Men in Tights” and “Dracula: Dead and Loving It,” it may not surprise you to learn there are no truly heinous acts buried in this nearly 500-page tome, aptly titled “All About Me!” But though there’s no real impropriety — or even many new stories — the book often seems to be a response to allegations made elsewhere.

Patrick McGilligan’s 2019 biography “Funny Man” painted Brooks as a cinematic dictator with a fuse as short as his stature and a habit for stealing credit. And so, Brooks’ own account at times becomes not much more than a list of credits — and not just his own.

One typical, and, if you’d believe it, shorter, example is given for William Tuttle, makeup artist on “Young Frankenstein,” who “had done the makeup for ‘Singin’ in the Rain’ (1952), ‘North by Northwest’ (1959), and ‘The Twilight Zone.’” Tuttle is later lauded for dreaming up the zipper on the side of Peter Boyle’s Frankenstein’s monster’s neck. One person you won’t see credited is Brooks’ first wife, Florence Baum (she is mentioned once, and not by name).

Brooks’ collaborators are regularly described as “a bit of a genius,” but the greatest one conjured is Brooks himself. You were expecting someone else?

How did Brooks’ comedic genius arise? We have Williamsburg, the Catskills and the U.S. Army to thank. Episodes of Melvin Kaminsky, the youngest of four boys raised by a single widowed mother, are the most vivid parts of the book, not weighed down by a litany of film and production dates or the onus of A-list cameos at a studio commissary.

Brooks — who claims he got his name after writing his mom’s maiden name “Brookman” on a drum skin and running out of room — used to entertain friends by pretending to be Boris Karloff singing “Puttin’ on the Ritz” (how’s that for foreshadowing?). He had his first taste of show business working as a tummler in the Borscht Belt, where he dressed like a suicidal businessman in an alpaca coat and, bearing suitcases full of rocks, plunged into the pool.

In the Army he had a crack at writing comedy with a column for his troop transport, “My Floating Day,” where he described how after a hearty breakfast the boat’s “gentle, exotic sway” caused him to dash to the latrine “where the menu underwent a full-field layout.” This juvenilia and the glimpses into Sid Caesar’s writers room make for the book’s best stuff, with the filmmaking years largely resembling an IMDB trivia — or even quotes — page.

The material that hasn’t been public, or at least is tough to find, is the most worthwhile for a diehard fan.

In an early character breakdown of Max Bialystock, embodied by Zero Mostel in “The Producers,” Brooks describes the character as “a living crescendo of flesh and noise… a perfect seedless grape starts him pirouetting through the air in a wild ballet of joy… the smell of fresh rye bread makes him bang his head against the wall a fit of ecstasy.” This is easily the book’s most evocative writing. The other 400-odd pages are conversational. Cute. Interesting in a Turner Classic Movies sort of way, but nowhere near as soaring.

The sublime, food-driven joie de vivre of Bialystock is soon replaced with accounts of who Brooks had lunch with — and where they ate. With the exception of his Bob’s Big Boy encounter with David Lynch (director of the BrooksFilms-produced “The Elephant Man”) and Mario Puzo’s prodigious appetite for Chinese food, these are quite boring. You may be amused to know that before a lunch of Yorkshire pudding Brooks thought an elderly, arthritic Hitchcock was taking too long to fit through a doorway and “banged [his] knee into his tush.” I wasn’t, but Brooks says Hitchcock was.

And therein lies another problem with the text, or perhaps so long life. As Brooks becomes more the celebrity, the charm of his antics wears a bit thin. The shtick of “robbing” a “Your Show of Shows” colleague in a spooky alley (he actually did this, taking Howie Morris’ wallet — twice) or acting the fool for TV execs as a young joke writer hits differently when he’s a millionaire bursting unannounced into the home of a Broadway director, hopping on the couch and posing like Al Jolson. The comedic effect is diminishing, the humility vanishing and the persona a bit grating as this scrappy underdog meets with greater success. To his credit, when he defends his failures, he admits they are just that. When there’s a hit, he quotes liberally from reviews.

While Brooks takes too much time to celebrate the many gifted people he knows, more often than not he’s the one cracking them up. The favorite record of everyone he meets was “The 2,000 Year Old Man.” Their favorite film was “Blazing Saddles.” I don’t doubt it, and of course don’t expect modesty from a memoir called “All About Me!” But it would help if the book itself was funnier, its biggest punchlines not taken from films most readers have probably seen already.

Throughout, Brooks offers some insights into storytelling, while committing a basic sin of the craft: telling, not showing. It’s more than a bit disappointing for such a titan of comedy that we need to take his word — old words from old scripts — for it. New words, and new laughs, would be a more effective reminder of why his voice is so singular and why his story needs telling.

If you are interested in how Mel Brooks sees himself, this book is indispensable. For the rest of us, the movies are enough.

Mel Brooks delivers 500 pages on his favorite subject – himself